Büssing AG was a German bus and truck manufacturer, established in 1903 by Heinrich Büssing (1843–1929) in Braunschweig. It quickly evolved to one of the largest European producers, whose utility vehicles with the Brunswick Lion emblem were widely distributed, especially from the 1930s onwards. The company was taken over by MAN AG in 1971.
At the age of 60, the inventor and businessman Heinrich Büssing together with his two sons founded the Heinrich-Büssing-Spezialfabrik für Motorwagen und Motoromnibusse. Büssing, the son of a blacksmith dynasty at Nordsteimke (in present-day Wolfsburg), had studied engineering at the Collegium Carolinum in Braunschweig and had founded several bicycle, engineering and railway signal works with varying degress of success. His first truck was a 2-ton payload machine powered by a 2-cylinder gasoline engine and featuring worm drive. That successful design was later built under license by other companies in Germany, Austria, Hungary and by Straker-Squire in England.
One year later he debuted a first 20 HP omnibus model carrying up to twelve passengers on the route from Braunschweig to Wendeburg, operated by his own Automobil-Omnibus-Betriebs-Gesellschaft. Büssing busses soon served public transport in European cities like Berlin (ABOAG), Vienna and Prague (Fross–Büssing), or London.
The firm of Heinrich Büssing is Germany's oldest truck manufacturer. Founded in 1903 as "Heinrich Büssing Spezialfabrik for Motorlastwagen, Motoromnibusse und Motoren", it operated from 1920 to 1931. as "Heinrich Büssing Automobilwerke AG". From 1931 to 1943 as "Büssing-NAG, Vereinigte Nutzkraftwagenwerke AG", and from 1943 to 1950 as "Büssing-NAG Nutzkraftwagen GmbH."  The main factory was in Braunschweig; branches were in Berlin-Oberschöneweide, Elbing and Leipzig.
Büssing-NAG produced a variety of trucks with loads from 1.5 to 9.5 tons, mainly powered by Diesel engines of the firm 's own manufacture.
Before World War I Büssing started to build heavy-duty trucks for the time. These trucks featured 4- and 6-cylinder engines (5 tonnes and 11 tonnes, respectively). In 1914 the Büssing A5P armored car was developed at the behest of the German Oberste Heeresleitung.
After the war, Heinrich Büssing had to enter a Kommanditgesellschaft limited partnership, converted into the Büssing AG joint-stock companyin 1922. In 1923, Büssing introduced the first rigid three-axle chassis which was used in upcoming models and allowed Büssing to lead the market share in Germany in commercial vehicles.
In WWII, the Bussing-NAG type 500 truck  was manufactured from 1939 to 1941. Beginning in 1940, it was designated Bussing-NAG type 500 S. It was propelled by a 6 cylinder, 105 HP diesel engine and had a payload of 4.75 tons. The Bussing-NAG type 500 A was developed in the beginning of 1939. It was made in small numbers from late 1940 to 1942. Contrary to the Bussing-NAG type 500 S it had all wheel drive.
The Bussing-NAG type L4500 S was the successor model of the Bussing-NAG type 500 S. Outwardly, it looked different, but it was based on the same technology. It was manufactured from 1942 to 1945. Analogically, the Bussing-NAG type L4500 A was the successor model to the Bussing-NAG type 500 A and was latest type of this lorry series.
A whole range of simplifications was introduced to serial production of the Bussing-NAG L4500, especially to type L4500 A. Nearly 15,000 units of the type 500 A/S were manufactured until the end of Second World War.
The most important types for the troops were the G 31 (2300 made from 1931 on), the Uniform Diesel (3200, made until 1940), and in particular the Types 500/4500, of which almost 15.000 were made in S- or A- versions.
After World War II civilian production resumed with 5-tonne and later 7-tonne trucks. In 1950, the company name became Büssing Nutzkraftwagen GmbH and production was concentrated on underfloor-engined trucks which were to become the firm's speciality. Most tractor units and all normal-control trucks had vertical engines, but in the mid 1960s there was a version of their Commodore maximum-weight tractor unit, the 16-210, which had a horizontal diesel mounted under the cab ahead of the front axle, the gearbox being mounted halfway along the truck's chassis.
In 1969, Büssing started strong ties with MAN AG. MAN was a customer to some Büssing's innovative trucks and parts while they were promoting their own line-up. In 1971, an MAN takeover of Büssing was announced. MAN started to use the lion logo on its newly named "MAN-Büssing" trucks. Büssing's unique underfloor-engined truck range continued in production under the MAN AG through to the late 1980s. 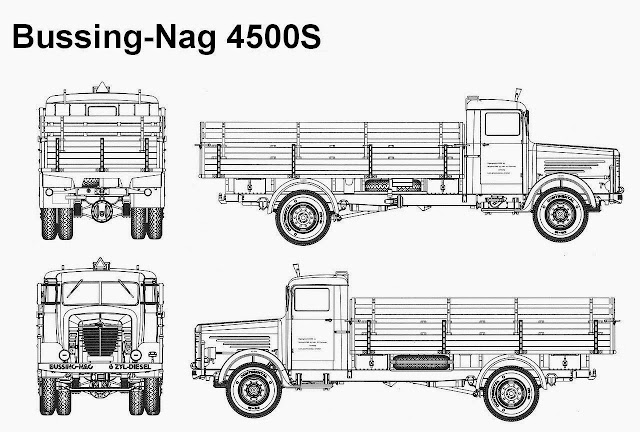 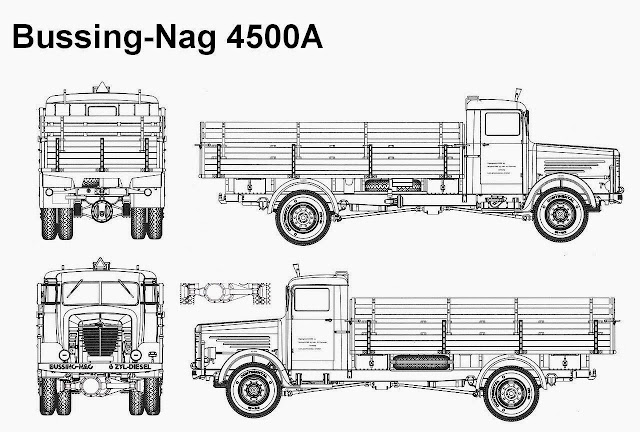 The AFV kit is very good, although the fittings of air tanks are ridiculous: they must be cut to be able to fit.
Bussing-NAG L4500A:
My kit was very old, with missing parts...: usually, we started by the cabin: 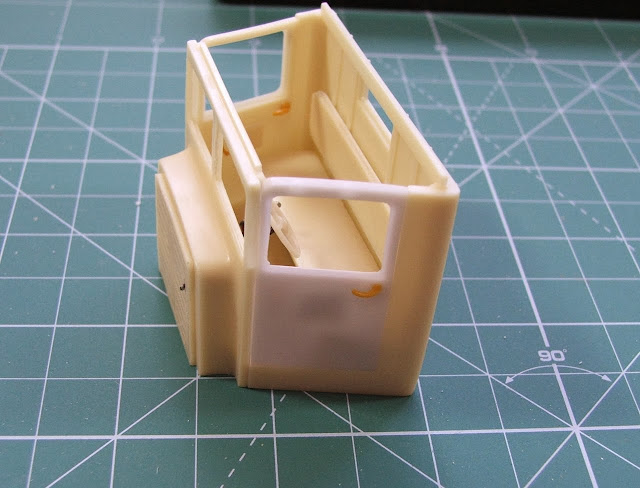 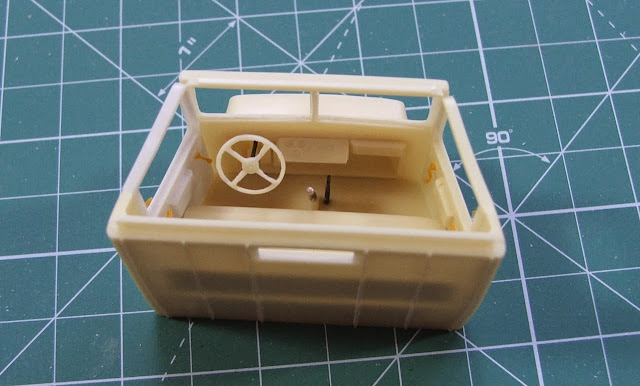 While the cabin dries, let's build the chassi: 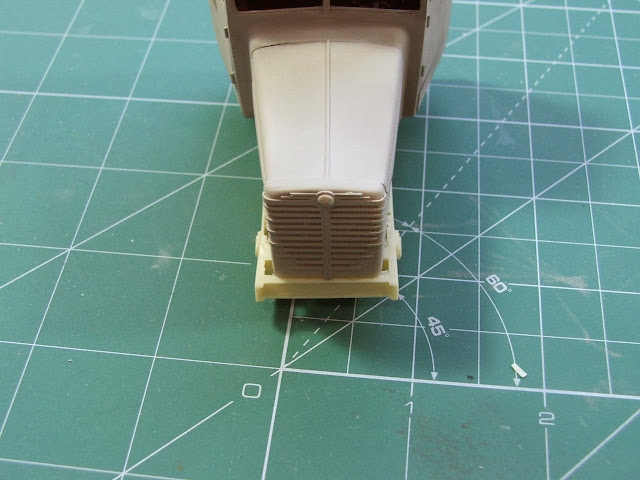 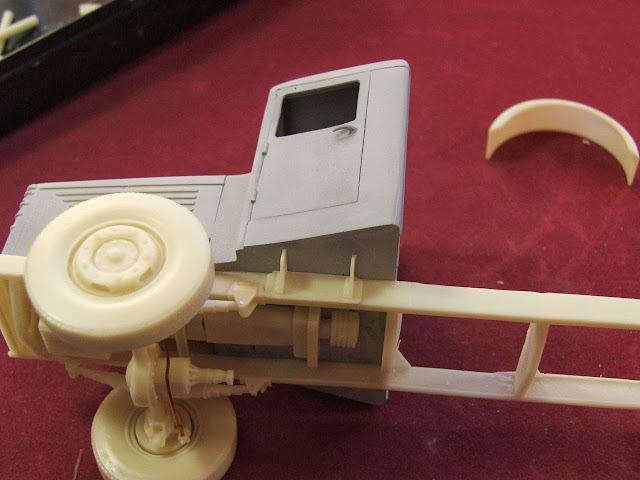 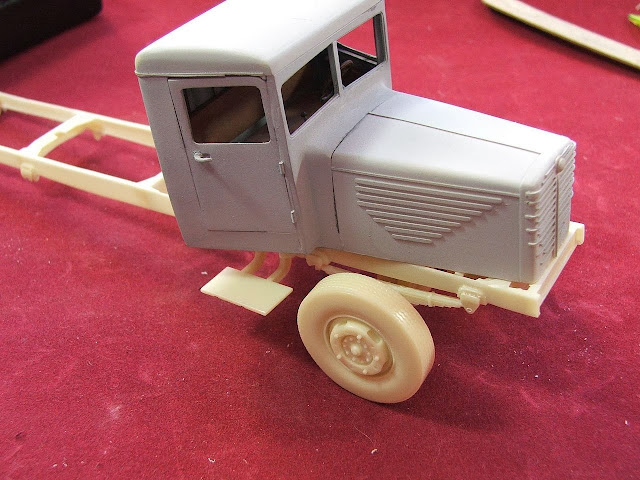 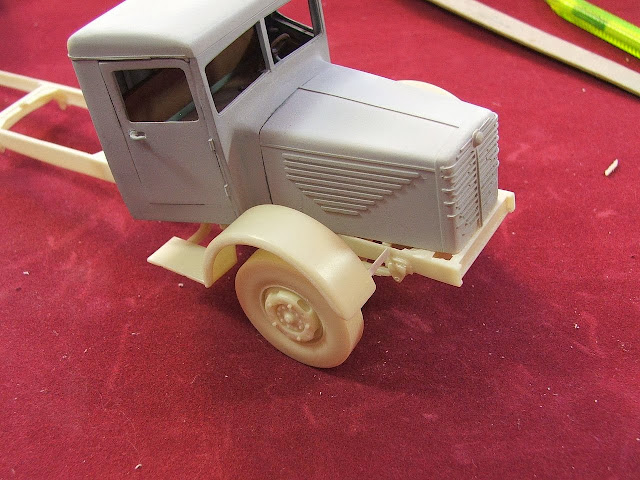 Bussing-NAG L4500S:
Returning to the plastic build, I started the engine, a little kit in the kit. lots of details...a beauty:
Although the engine presents many details, I decided to further refine the piece, because I intend to expose to you. Here are photos of the diesel engine Bussing-NAG. 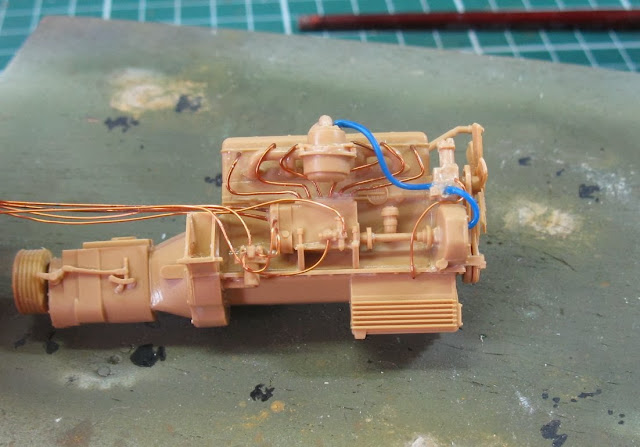 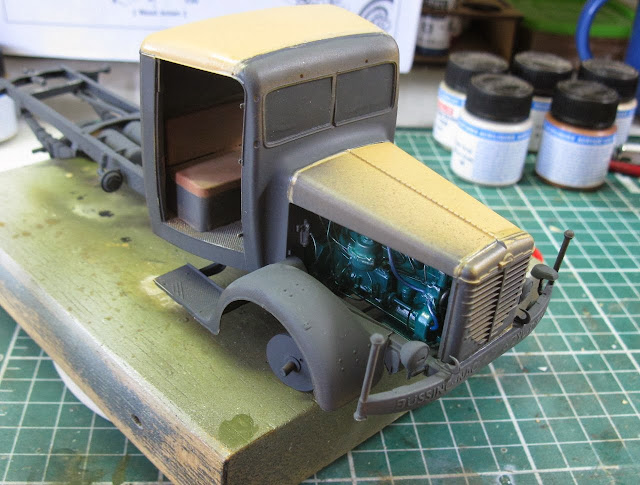 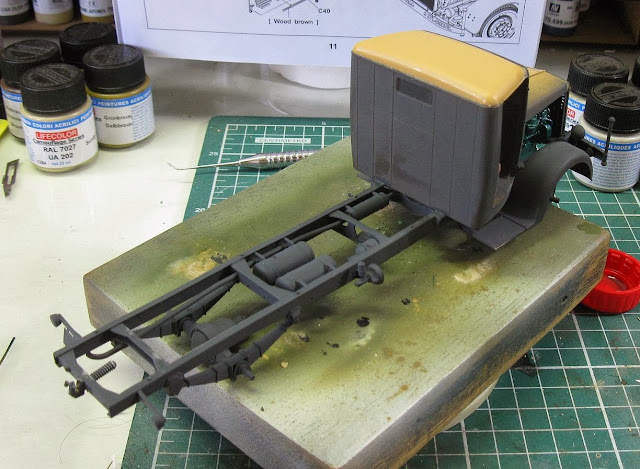 The girl in plastic arrived at the same stage of the girl in resin ...
Bussing-NAG L4500A: 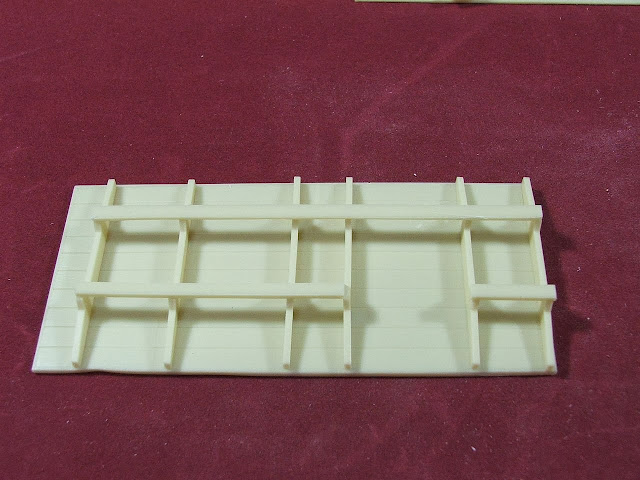 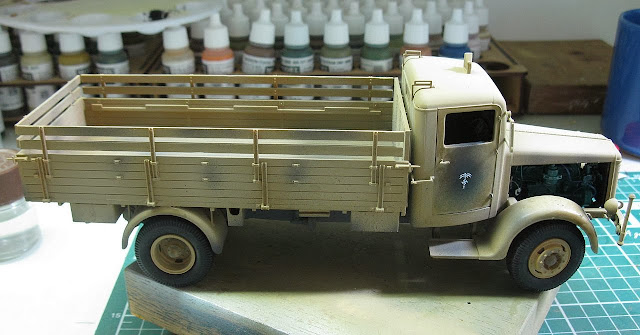 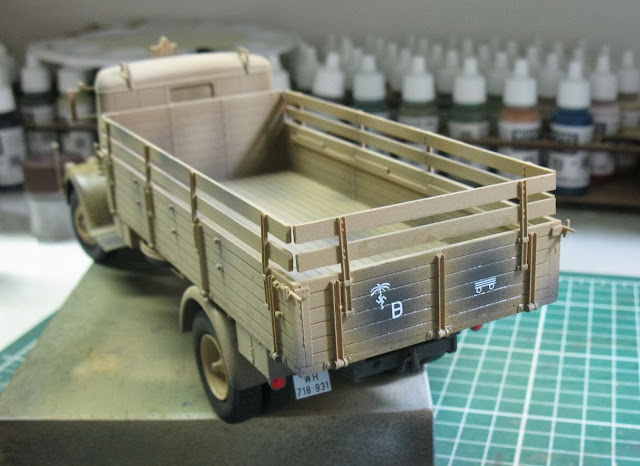 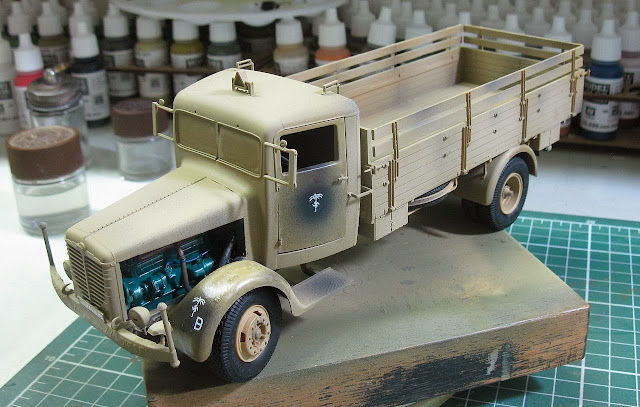 Now, the resin Girl...
Bussing-NAG L4500A:
I chose for my 4x4 truck the colors of the 9th SS Panzer Division Hohenstaufen - 3rd Light Anti-aircraft Artillery, Falaise Pocket - Aug, 1944- France. The colors are the norm at the time: dark yellow with cammo green and brown brindle. 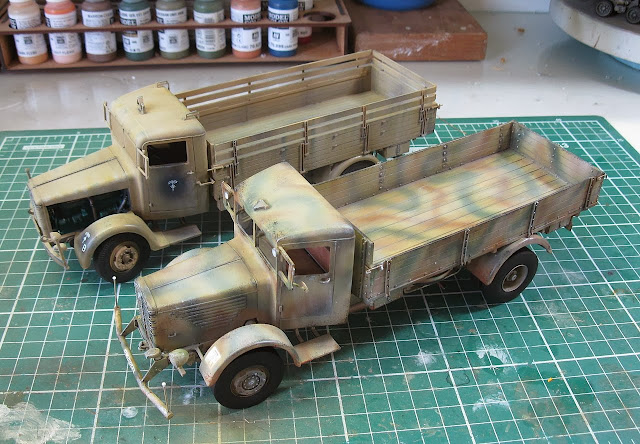 The two german girls are ready for the final pictures. The AFV kit is very good and easy to assemble. the calibre35 is a normal resin kit; lots of work and fun. Lets see the pics... 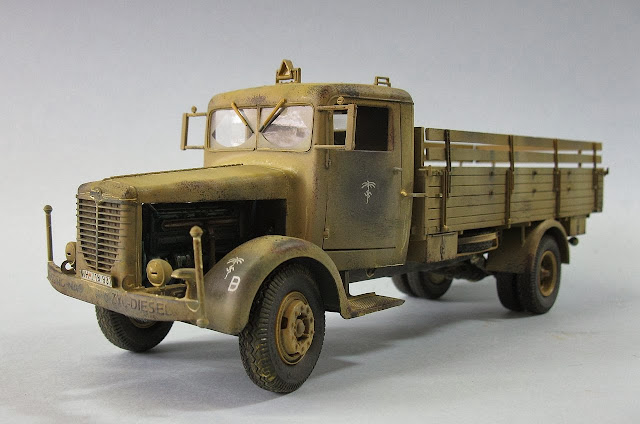 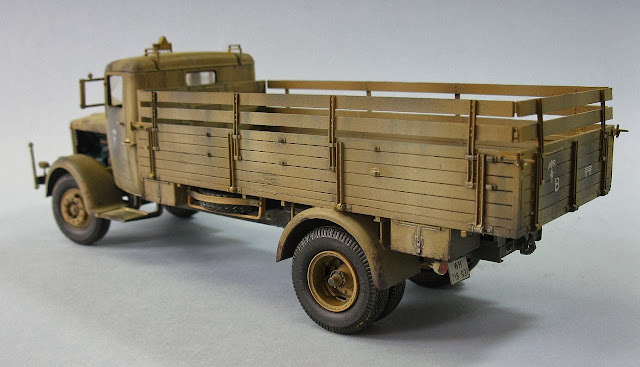 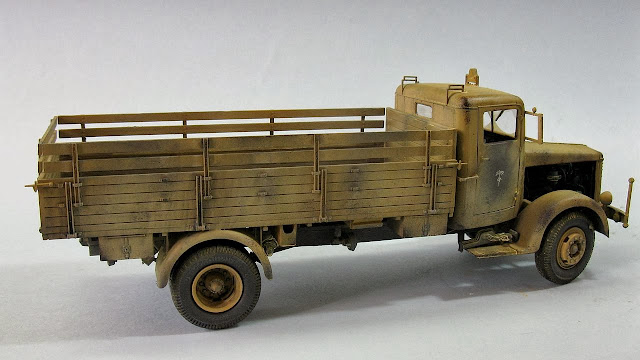 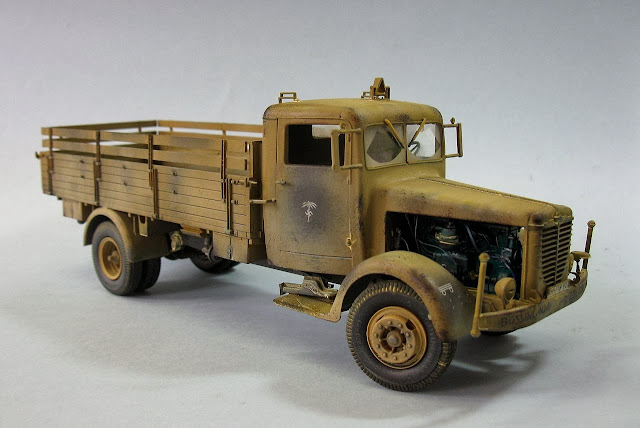 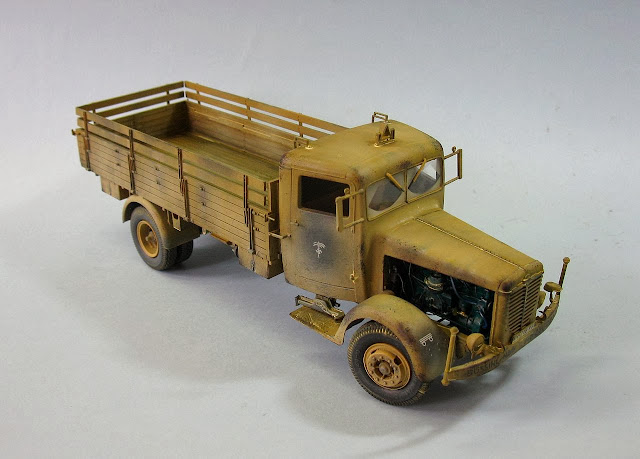 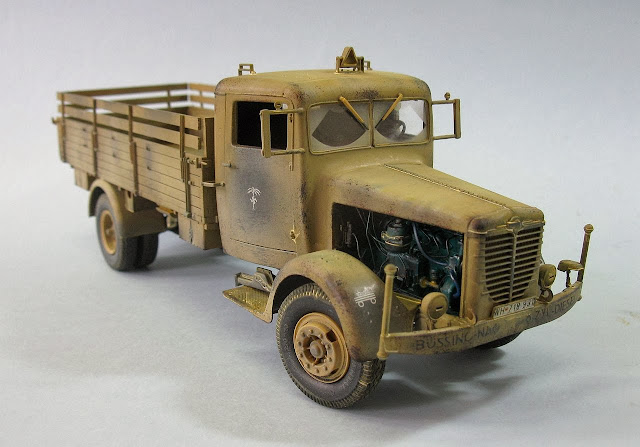 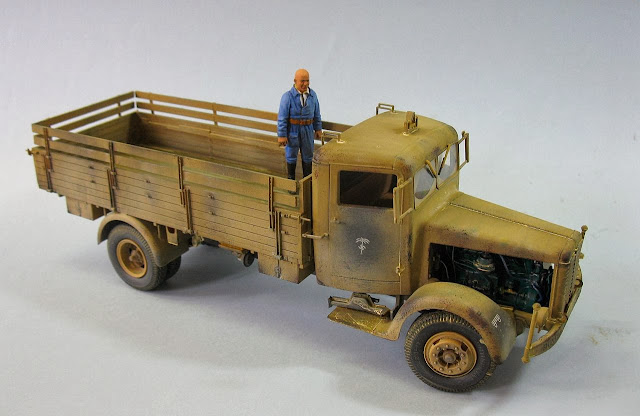 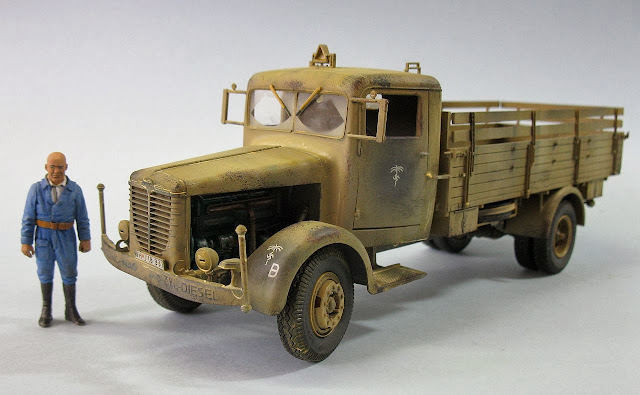 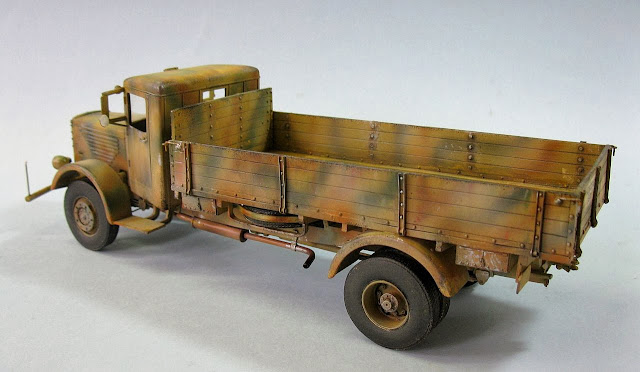 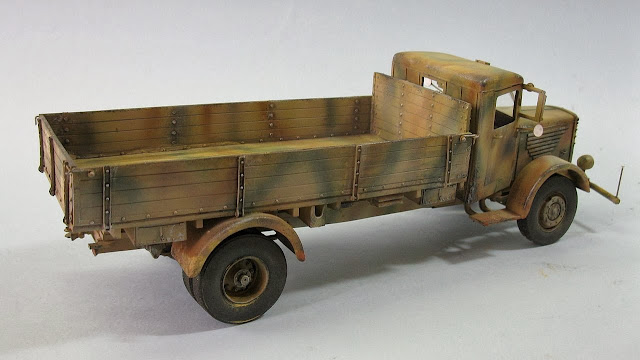 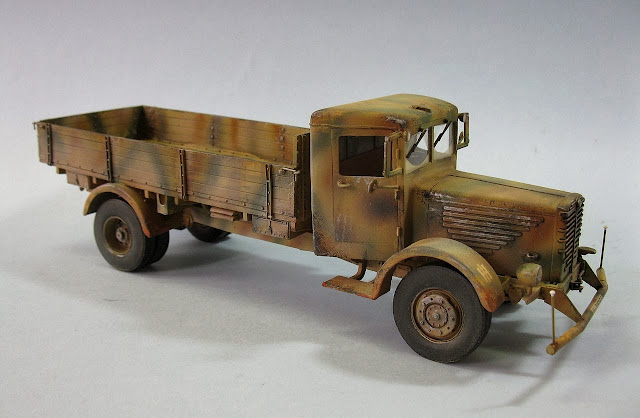 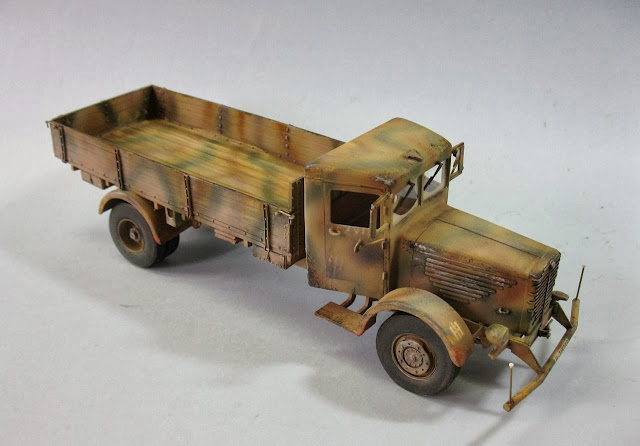 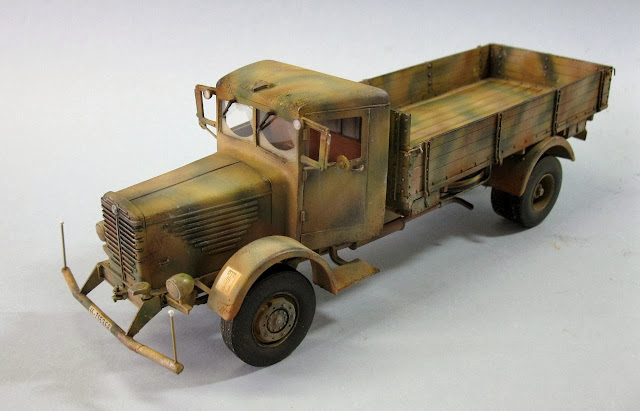 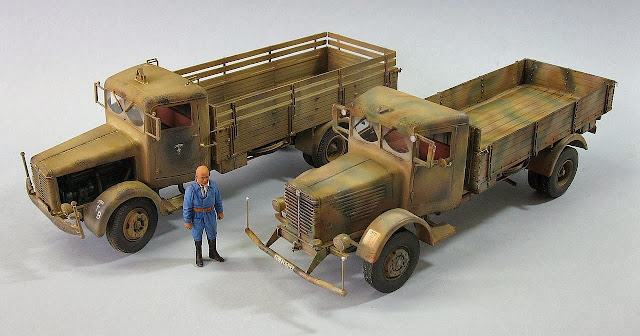