To the rescue !!
This is the opportunity to see this brave girl whose mission was to take and rescue the tanks on the battlefields. Let's talk about the Scammell Pioneer TRMU30 Tractor with TRCU30 trailer 30t. tank transporter. 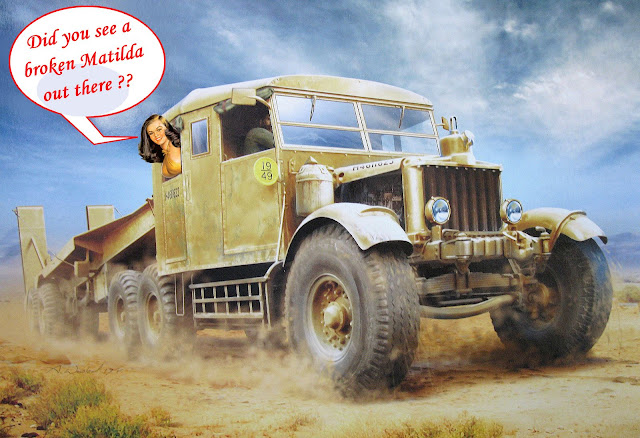 History: (see more about Scammells history, here)
The Scammell Pioneer was a British 6x4 tractor unit used in the Second World War as an artillery tractor, recovery vehicle and tank transporter.
Designed as a 6×4 off-road vehicle for use in Britain's colonies where sealed roads were scarce, the Pioneer was first produced in 1927. Though lacking all-wheel drive, its combination of a suspension with great travel, excellent traction, and a low-revving engine gave it impressive pulling power on rough ground at low speeds. Though not designed for military use, the British War Office purchased a single petrol engined example in 1932. Equipped as a tank transporter with a permanently coupled 18t semi-trailer, it was assigned to a training unit but did not initially catch on. Additional transporters were not purchased until 1937.
All Pioneers in British Army were equipped with a 102 hp Gardner 6 cylinder diesel engine, rear-wheels drive and a power winch. Introduced in 1935, the version R100 heavy artillery tractor was used in World War II to tow medium and heavy artillery. 980 Pioneers R100 were produced to the end of the war.
From 1936 the British Army began to receive 43 Pioneers heavy recovery vehicles SV1S. Many of these SV1S and R100 vehicles were lost in France in June 1940, destroyed by the withdrawing troops or captured by the Germans. The version SV2S had a redesigned crane with greater lifting height and was introduced in 1938. Total of 1.975 SV2S were built. Delivery of a tank transporter began in the ends of the 30s.
Tank Transporter:
With the exception of the 1932 prototype (see pic above...) , delivery of a production variant tank transporter did not begin until 1937.
The production variant was equipped with a longer chassis for an extended cab to accommodate the tank crew as passengers and larger rear wheels than the Artillery tractor and Recovery vehicle variants and was given the designation Pioneer TRCU20. 20 and 30-ton (Pioneer TRMU20/TRCU30). See below this instructional video of how the Scammels Tank Transporters 20 and 30 ton. were operating:


The tractor/trailer combinations were delivered, in both cases the trailer was more-or-less fixed to the tractor and not demountable like modern semi-trailer trucks.
Hinged ramps were used to get the tank onto the trailer, which if immobilised could be pulled on with the tractor unit's winch.  See this action below (no sound):

Pioneer tractor/trailer combinations proved too tall to carry higher profile US tanks under some British bridges, resulting in their being superseded by the American Diamond T tank transporter from 1941 on.
Despite this it remained in production throughout the war, with 459 being produced. As a result of their tall profile the trailers proved undesirable postwar and most were scrapped; the tractors were retained for use with other trailers or sold into civilian use. 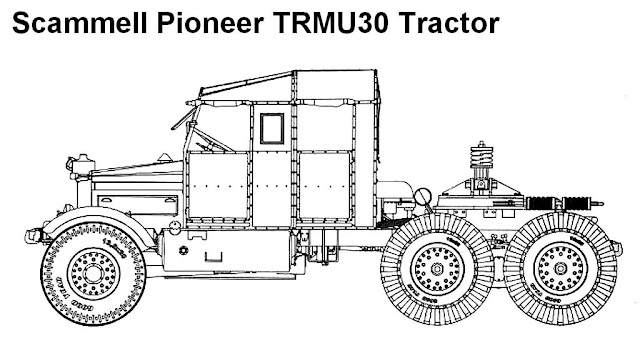 The kit:
For this commission project, I'll use the kit from Thunder Model, the British Scammell Pioneer TRMU30/TRCU30 Tank transporter 30 ton. (#35200).
First of all, my admiration about the attitude taken by this Company, respecting the modeler as a consumer and aficionado.
When this kit was released on the market, an error was detected in the number of "vertical honeycombs" on the radiator of the tractor. Immediately, Thunder provided an extra piece in resin to correct this flaw. And this part I found inside the box of my kit as soon as I opened it ... Congratulations, Thunder. This is called COMMITMENT WITH QUALITY !!

After this tribute to those who deserve it, let's continue the work ...


And the building goes by the booklet: 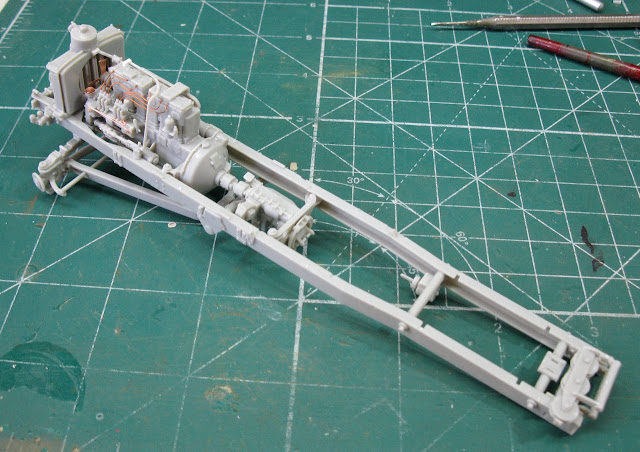 Well... The coupling system of the kit is based on a plastic pin with 1mm in diameter: An invitation to disaster ... I will replace the plastic pin by a metal wire of 1mm in diameter, with the possibility of disassembling the trailer of the chassis without accidents.

And the Saga continues... 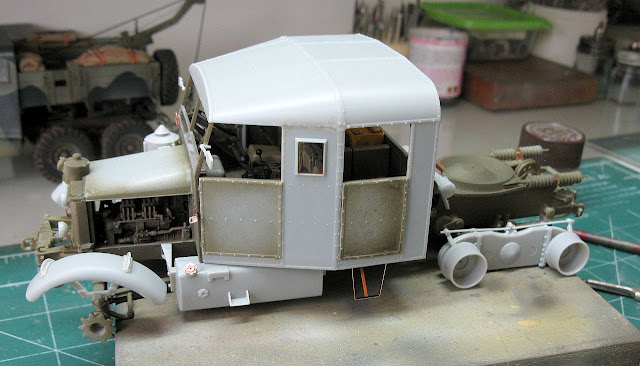 
I put this question on Social Networks and I received this great news of our friend James Elliot (thanks a lot, James...)
"I know for a fact that the RASC operated both vehicles as my grandad was a RASC Driver and told stories of driving both, he favoured the DT (Diamond T) though! Can’t help on the markings I’m afraid..."
It was the confirmation I needed. Although there is no photographic proof of these specific markings for the Scammells, as they served in the same unit of the Diamonds, nothing would prevent the use of the same markings. For me, it's a very concrete and consistent What-if ...
And to improve, James send to me this pic, with Scammells and Diamond work togheter, in the African Desert: "Marcos Serra Thankyou, here’s a picture of both DT ‘s and Pioneers in use together. I know these are recovery variety’s but it shows both makes in theatre together!" 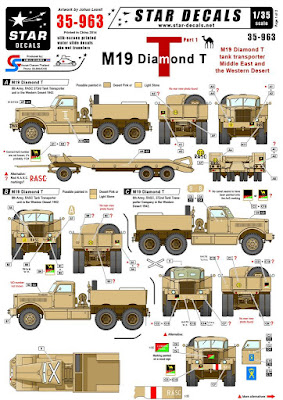 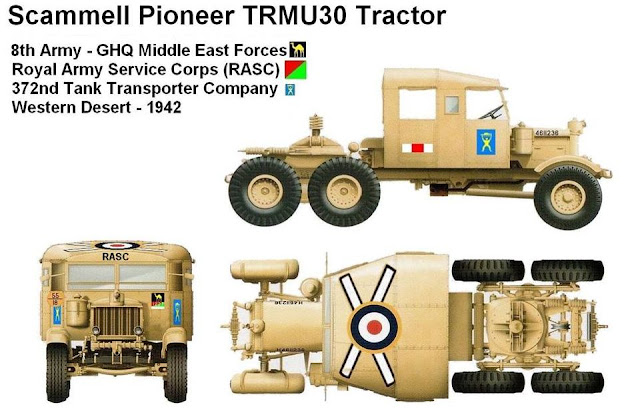 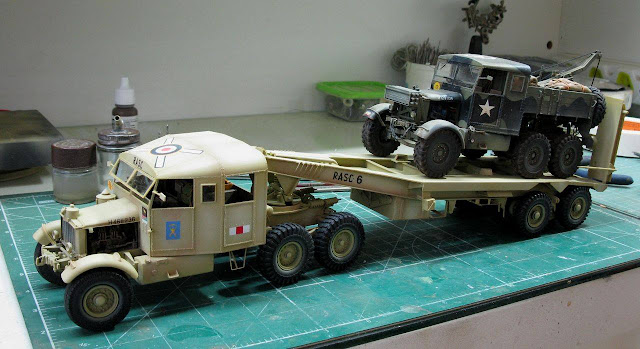 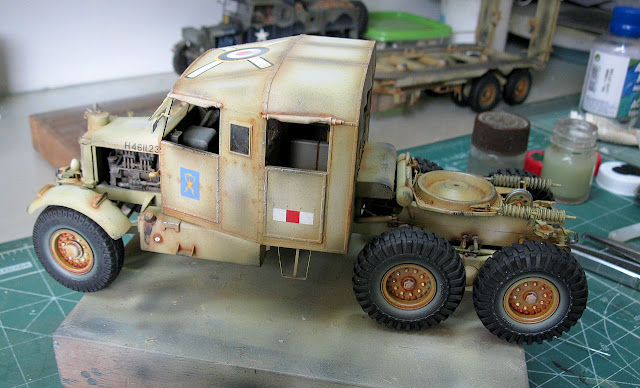 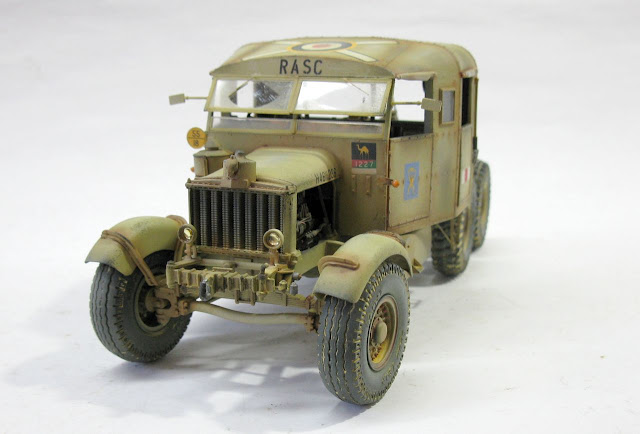 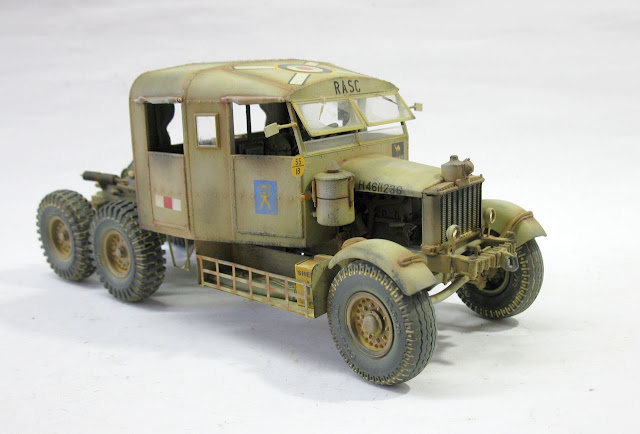 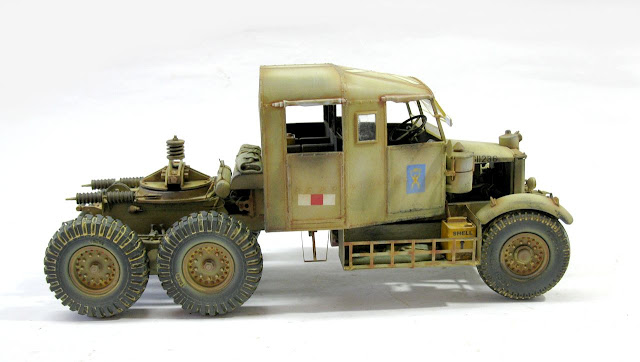 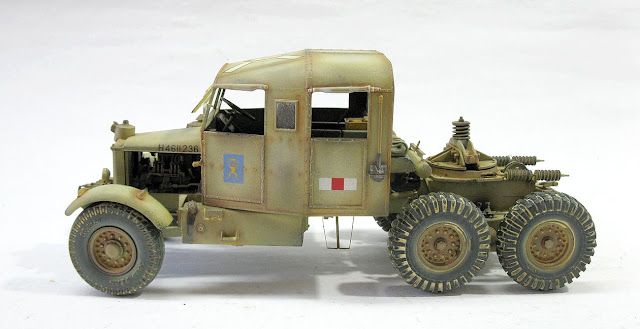 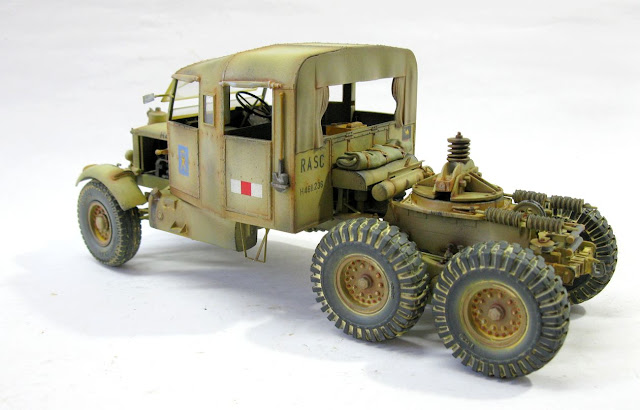 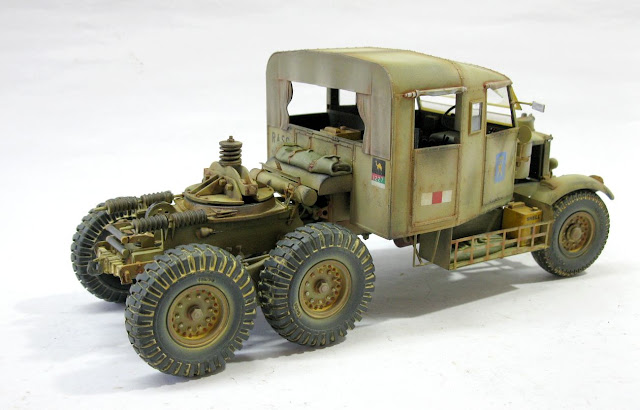 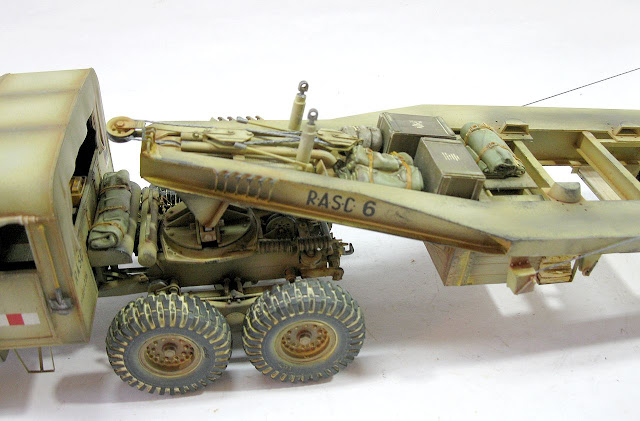 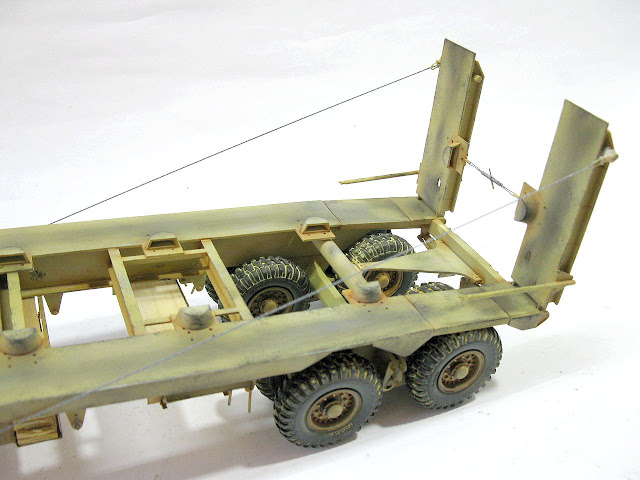 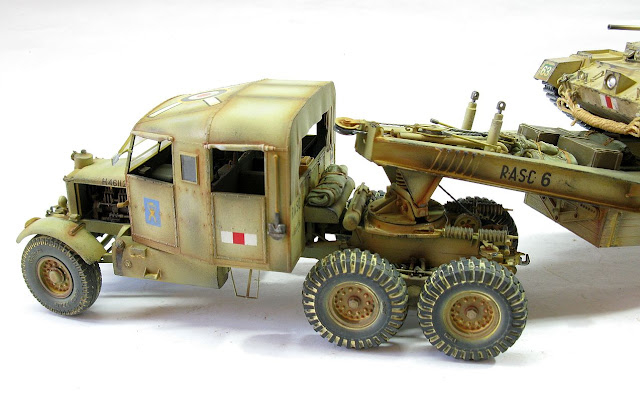 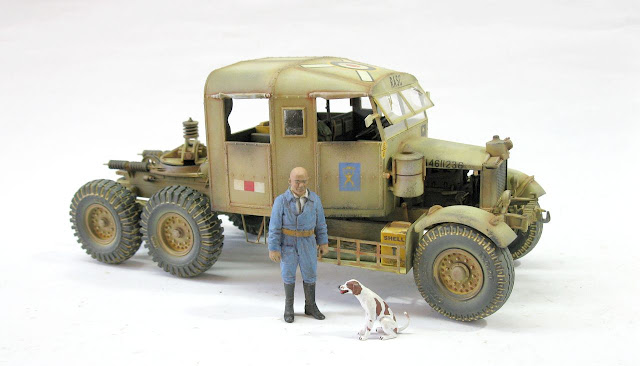