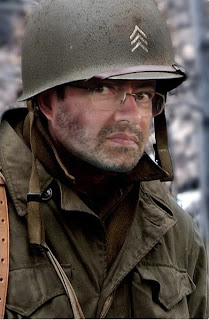 Hi... My name is Marcos Serra and I have been a plastic modeler since the age of 15 years old... (I was born in 1959). I think the hobby is fantastic, because it combines skills, historical research, aesthetic sense, coordination and above all, entertainment ...
I started modeling in scale with aviation, but later switched over to AFVs in 1/35 scale, which is my passion.
In the "Plastic Model World" , I'm known as Panzerserra and I use as my avatar an adaptation of a famous allied WWII propaganda poster "He's Watching You", 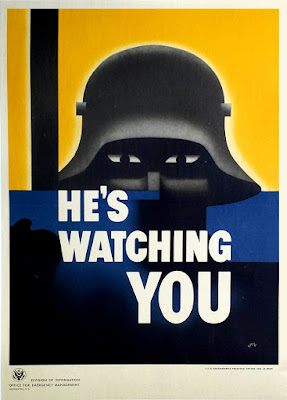 This amazing poster was designed in 1942, early in World War II, by the artist Glenn Grohe for the Office of Emergency Management. It shows the menacing shadowy figure of a typical German soldier with his distinctive helmet, staring the viewer. It was intended to motivate adherence to wartime rules about secrecy in the industrial sector.
However, a 1942 government survey of the American public revealed that the poster was often misunderstood. Many people perceived the stylized German helmet as the Liberty Bell, while some factory workers mistakenly believed "he" to be the "boss." Because of this type of issue, the U.S. Office of War Information was created in June 1942 to review and approve the design and distribution of government war posters.
Some nerds (me included...) claim that the poster's image closely resembles Darth Vader of the Star Wars Saga whose appearance may have been influenced by this design.
The lower left of the poster has a U.S. Government seal and the words "Division of Information, Office for Emergency Management". The original size was 101,6 cm x 73,66 cms.

Any questions or suggestions, please write to me ...My e-mail is on hand to talk about plastic modeling: