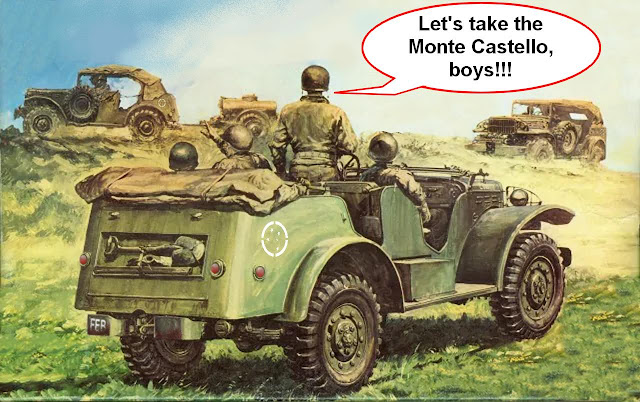 - WC3, WC13, WC21:
Weapon carriers, two seater pickups with open cab. The open cab pickups could be fitted with an optional M24 machine gun mount,which bolted across the front of the bed. The mount could carry the M1918 Browning Automatic Rifle, as well as the M1919 Browning machine gun, and the M2 Browning machine gun.

- WC4, WC22:
Open cab weapons carrier, with Braden MU winch, and transverse seats, designed to tow the M3 anti-tank cannon as well as carry the gun crew and ammunition. This type was usually issued to early tank destroyer units. 5570 built.
- WC9, WC18, WC27:
Entering production during 1941 to early 1942, they were specifically designed to serve as military ambulances. These early variants are distinguishable from the later ones by having a curved radiator grille, while the later ones (WC51 onwards) featured a flat grille. These versions were given a longer 3,10 m (123 in) wheelbase.
- WC10, WC17, WC26, WC36, WC48:
Carryall trucks with a nominal carrying capacity of a 450 kg.
- WC11, WC19, WC42:
Panel trucks carrying radio and communication equipment.

- WC39, WC43, WC50:
These models were built as signals trucks, designed to install and repair telephone lines, and were also known by the U.S. Signals Corps as the K-50 truck.

- WC41:
Fitted with dual rear tires. Mostly employed as an emergency repair truck whose purpose was to provide mobile facilities for emergency ordnance repair. Other types of bodies were produced, such as an oil service vehicle. 902 of these chassis were built.

- WC51:
WC51 Truck, Cargo, 3/4 ton, 4x4 w/o Winch Dodge (G502) Weapons Carrier. 123,541 were built. The open cab pickup could be fitted with an optional M24A1 machine gun mount, which bolted across the front of the bed. The mount could carry the M1918 Browning Automatic Rifle, the M1919 Browning machine gun, or the M2 Browning machine gun.
- WC52:
WC52 Truck, Cargo, 3/4 ton, 4x4 w/Winch Dodge (G502) Weapons Carriers was identical to the WC51, but fitted with a Braden MU2  3.402 kg capacity winch at the front bumper. 59,114 built.
- WC53:
A carryall, mechanically it was virtually identical to the WC54 but was fitted with a body which was the 1939 civilian carryall modified to military specifications. All four rear side windows were opening wind-up and the seating consisted of front folding passenger seat to allow rear access, two person second row leaving space to access to the rear full width three person seat.The spare was carried on a mount on the driver's side and although the door was fully operational it could not be opened (driver had to enter from passenger side). WC53 were also fitted as radio trucks with a bench on the left side with the operator seated sideways. 8,400 WC53 Truck, 3/4 ton, 4x4 Dodge Carryall (G502) built. No carryalls came from the factory with a winch though there was a field modification available.
- WC54:
The WC54 Truck, 3/4 ton, 4x4 Ambulance Dodge (G502) was produced as an ambulance, but a few were modified to serve as radio/telephone trucks with the US Signal Corps.
- WC55:

The WC55 Truck, 3/4 ton, 4x4 Gun Motor Carriage Dodge (G502) was a modified WC52 designed to carry an M3A1 37mm antitank gun and shield mounted on its cargo bed; the WC55 and gun combination was designated M6 Fargo Gun Motor Carriage (GMC) with 37mm Anti-tank Gun (G121). 5,380 built, most later dismantled and returned to service as WC52 cargo trucks.
- WC56:
The WC56 Truck, Command Reconnaissance, 3/4 ton, 4x4 w/o Winch Dodge (G502) was a command and reconnaissance vehicle akin to a large Willys Jeep. It did not prove popular as it was heavier and not as maneuverable as the Jeep, and its distinctive profile made it a target. 21,156 built. This vehicle was immortalized as one of General Patton's command cars.

The WC61 Light Maintenance Truck, 3/4 ton, 4x4 Dodge (G502) was designed to install and repair telephone lines. Replacement for the WC59, the WC61 had the step ladder fitted to the roof, the spare wheel was fitted behind the seats, and the tool trunks were accessible from the outside. 58 built. The US Signal Corps referred to these as the K-50B truck.
- WC64:
The WC64 KD Truck, 3/4 ton, 4x4 Ambulance Dodge (G502) was an ambulance based on the same chassis as the WC54 but with a knock-down body designed to increase the number of vehicles that could be shipped at the same time. 3,500 were built between the beginning of 1945 and the end of the war. 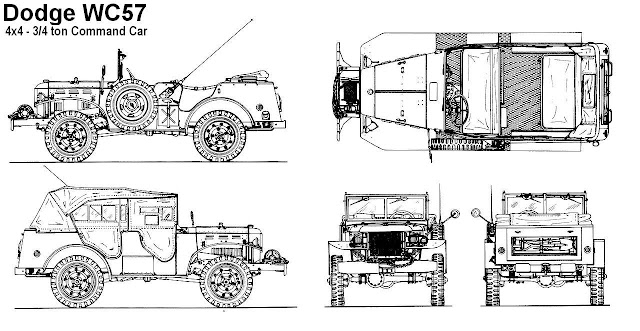 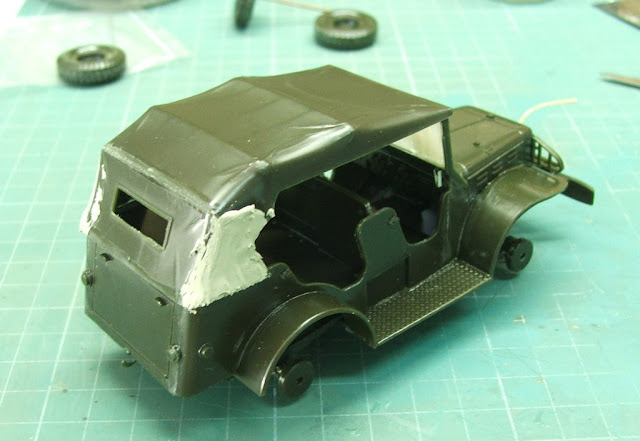 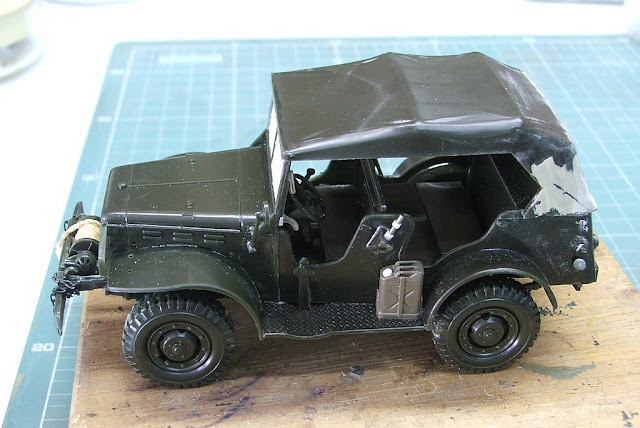 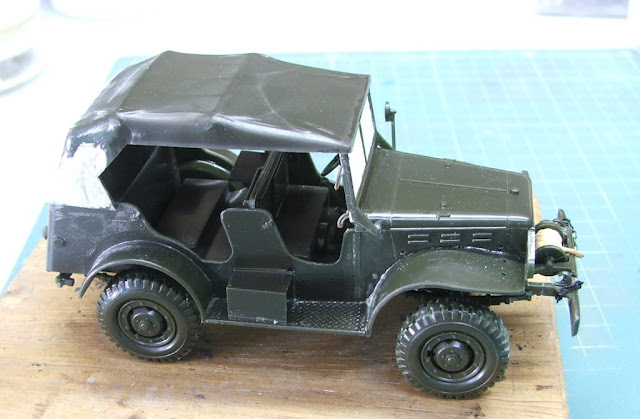 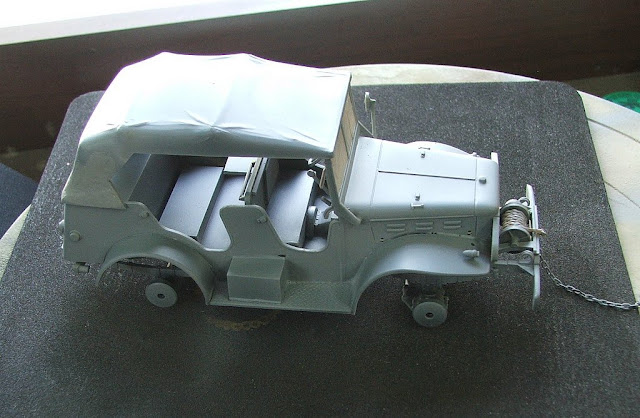 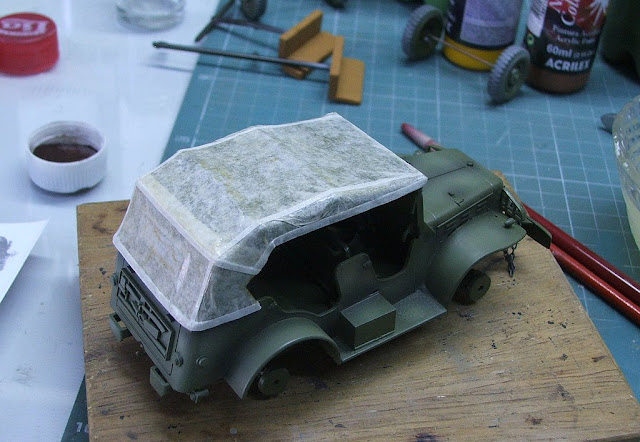 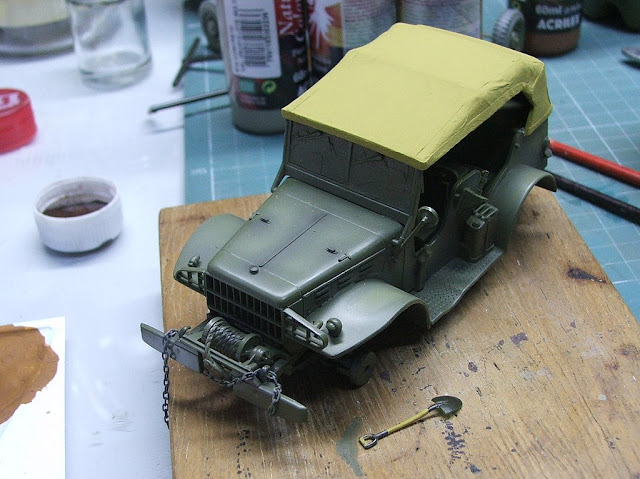 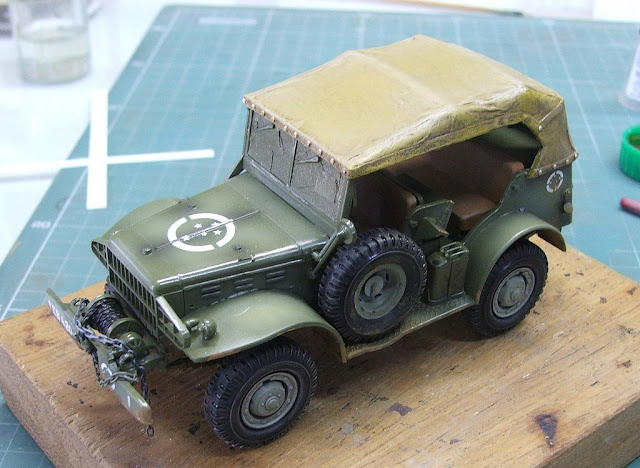 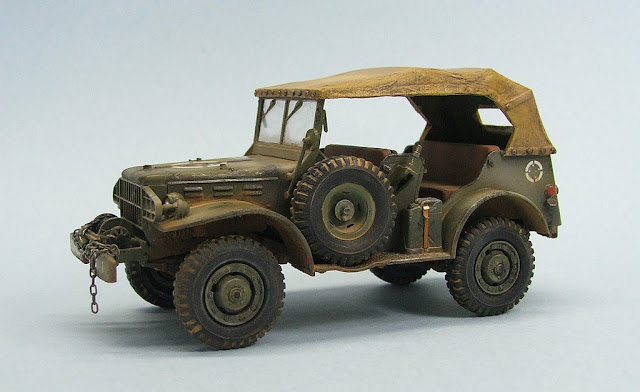 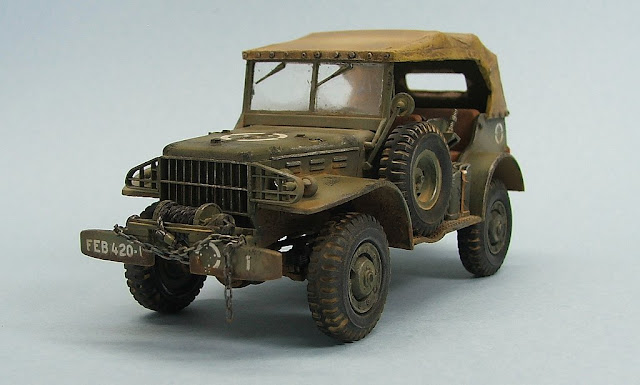 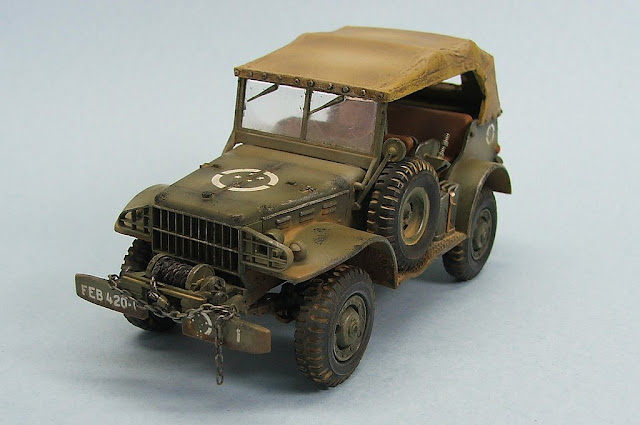 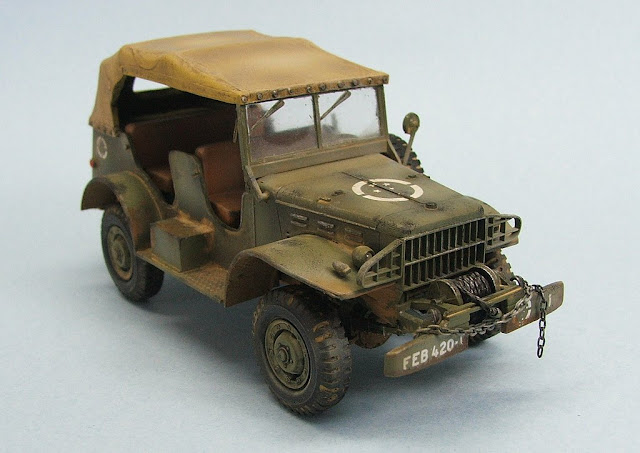 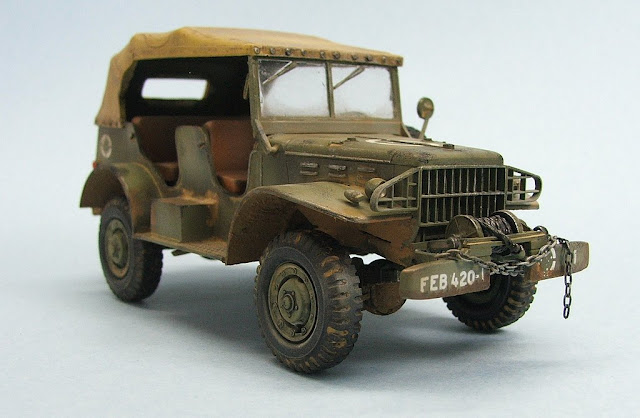 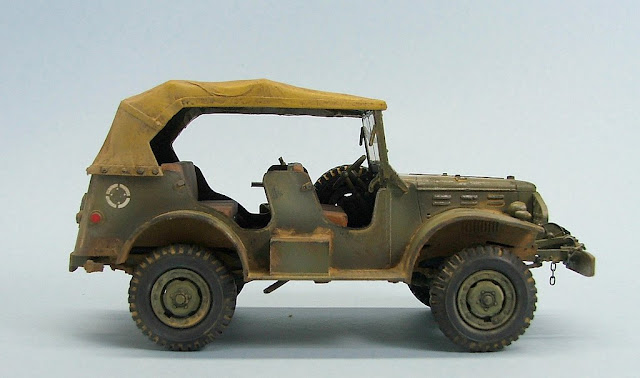 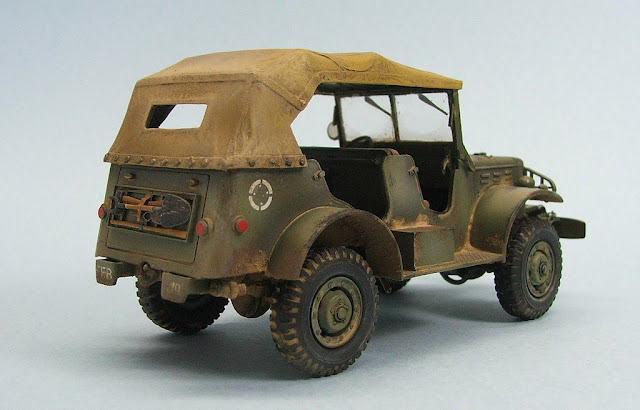 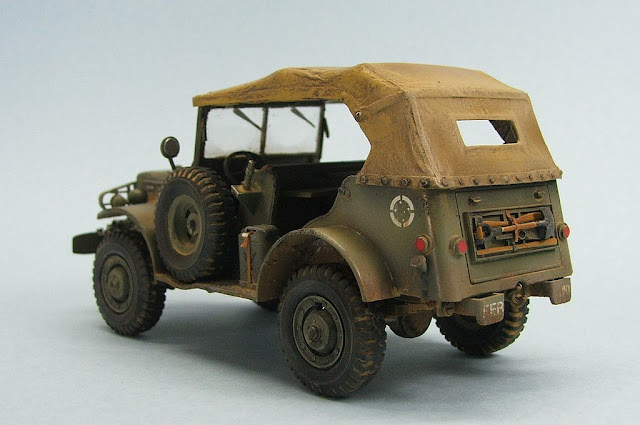 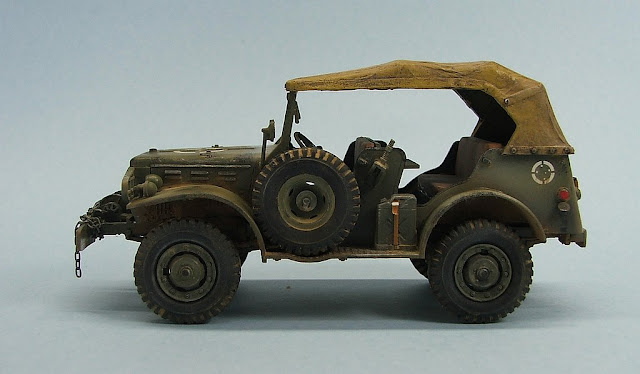 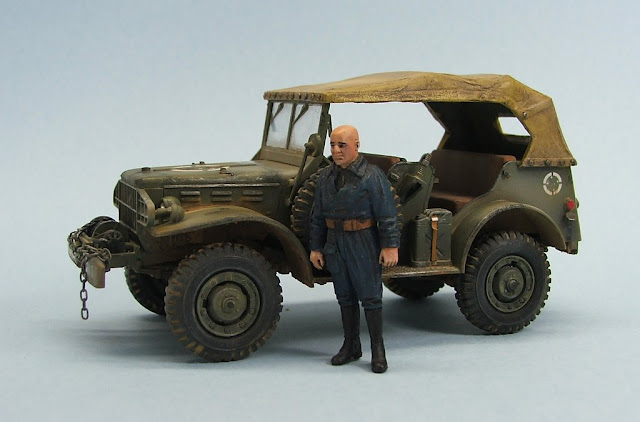 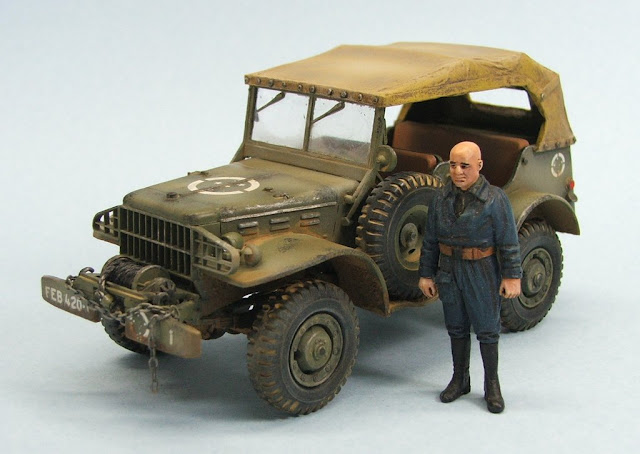 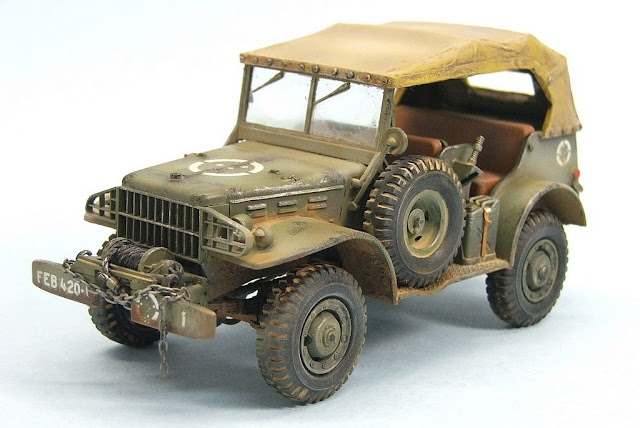