Lastkraftwagenfahrer!!!
Today we are going back in time, in those foggy and dark years when the kit factories only produced Tigers, Panthers and Shermans ... Let's go back 15 years ago and see how the modeler had to adapt to have something different in his collection .. And different things have always been my preference (and Kojak's ...). We will meet not an Opel Blitz Tankwagen Kfz.385, but a Ford V3000 Luftwaffe Brennstoff Tanker, a Luftwaffe fuel tanker .

History:
During World War II, Germany was considered the precursor of the Modern War, with intense use of mechanized equipment. His entire Lightning War combat doctrine (Blitzkrieg) was based on the intense use of mechanization, both for attack and supply. Numerous factories in Germany and in occupied countries have been called upon to assist in the German war effort. Ford AG was one of them. It produced several types of vehicles, among which we can highlight the G917, 3 ton truck, manufactured from 1939 to 1942.
As until the end of 1941 Germany was not yet at war with the United States, Ford Germany followed the releases and the innovations of the American matrix. The 3-ton Fords with a 3.9-liter V3000S engine was one of them, produced from 1942 until the end of the war. More than 24,000 Ford V3000S trucks were built and used, as well as a large number of Ford vehicles captured from factories in occupied France, the Netherlands and Belgium.

These trucks were generally rear-wheel drive (4x2), and German doctrine differed greatly from the Ally in this sense. The first-line allied support material was normally full-tracked, that is, they had all axles pulled (4x4 or 4x6), like the English Bedfords or the American CCKW 353 deuce and a half.

The 4x4 Fords (Ford V3000A) were extremely rare (only 758 were built, between 1943-44), with Germans preferring to use half-tracks when greater traction was needed.
But the objective of this article is to show how scale models were made at the turn of this century, especially when we wanted to build something different from the ordinary. The idea would be that at an airfield in the interior of Germany, an Opel Tankwagen Kfz.385 has reached the end of its days, but a Ford V3000S was still available.
The mechanics of this Gruppe did not hesitate: they installed the 3.000 liters fuel tank on the Ford chassis, turning the Ford V3000S into an unique  Ford V3000S 4x2 Luftwaffe Brennstoff Tanker.

Therefore, in our case, we can place our rare vehicle on an air base, feeding the latest models of the veterans Heinkel He-111 model H-22, in their missions to attack London with V1 bombs launched from the air.

Our Ford V3000S Tankwagen would be added to the III / Kg 53 (III Group of the Kampfgeschwader 53 "Legion Condor"), based in Schleswig, in the final days of 1944, under the command of Major Emil Allmendinger. 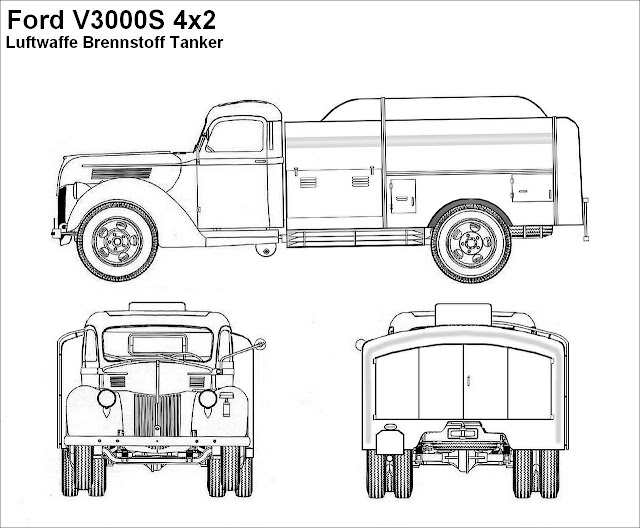 The kit:
As I said at the beginning of this article, in 2005 there were no incredible Ford truck kits from ICM or the option of a Tankwagen, like the beauty of the Italeri kit.


If you wanted a Ford V3000S and if you dreamed of making a tankwagen model even more, the only options were the resin and / or vacuform kits. In these bitter and dark times, these kits were rare and expensive ...
But even in this Valley of Shadows and Death, there were opportunities, such as kits manufactured by the now defunct Panzer Resin Models, here in Brazil. They were practically garage kits, but met the requirements for detailing and scale. And they were a fantastic training school, in addition to being a lot of fun and challenging to build. But without further ado, let's get down to business: the truck being built !!!
WARNING!
The following images are intended for mature audiences and content extremely graphic and raw pictures.
Precaution and care are recommended.

Nowadays, when we see 3D printers printing intricate, mobile and delicate tracks, it is almost unimaginable to remember how difficult it was to make a master a few years ago. This tank was carved from a piece of feldspar rock (known in Brazil as soapstone) by a friend of ours, who was a true artist ...


The assembly is initiated by the chassis which, after cleaning the excesses, has the front and rear suspensions installed. The ideal (because of the weight of the kit) is to use cyanoacrylate glue to position and stabilize the parts and reinforce the joints with Epoxy 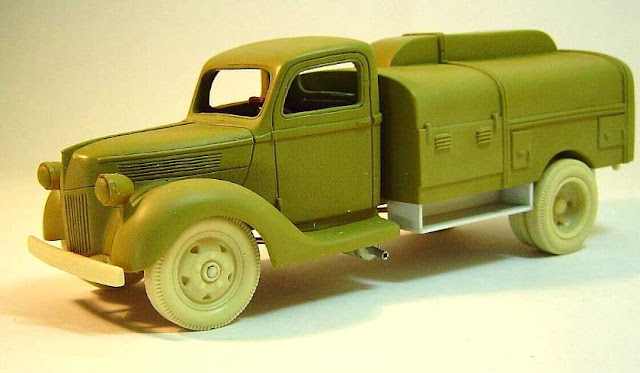 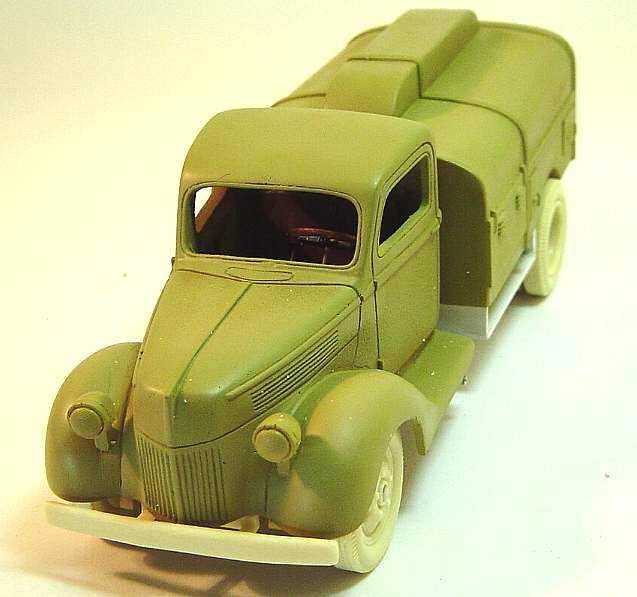 At that time I did not do this, but as I am publishing today, we will maintain the blog pattern: A guide profile for painting the vehicle and its markings. 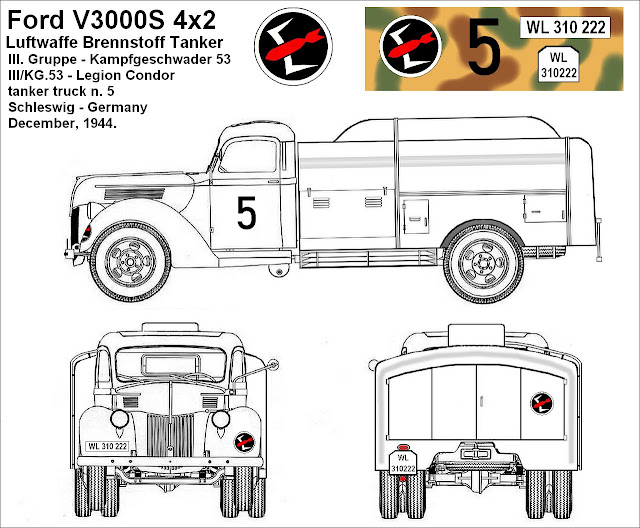 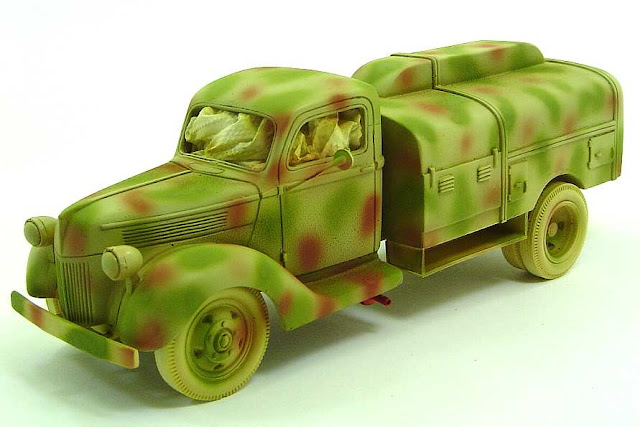 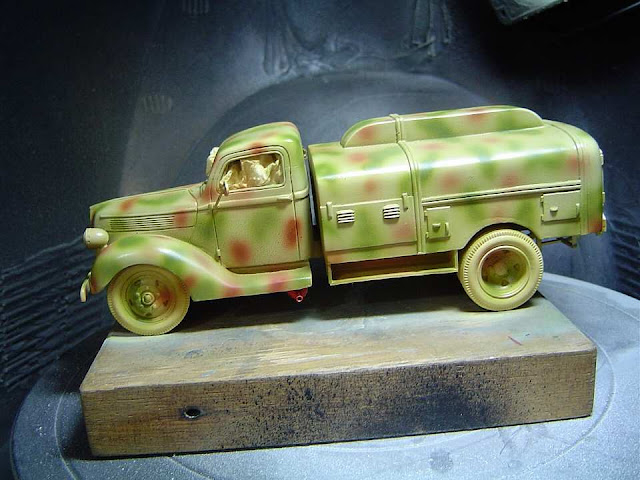