Gents!!!
One of the most interesting versions of this versatile and robust British tank was the might Churchill Mk V CS (close support), specially designed to support the infantry in its advancements with its main weapon of 95mm. 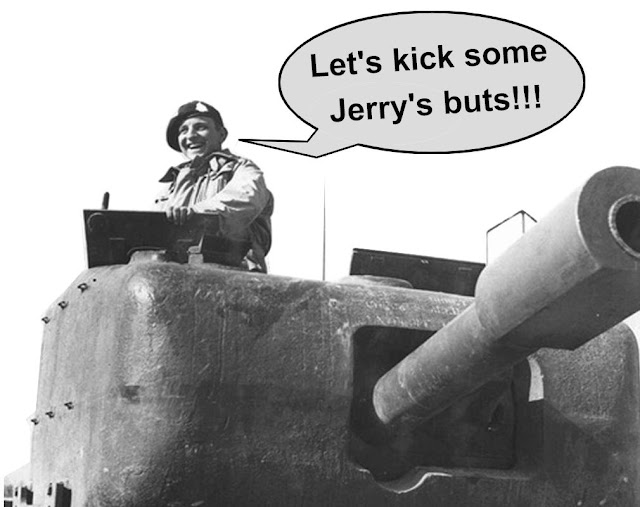 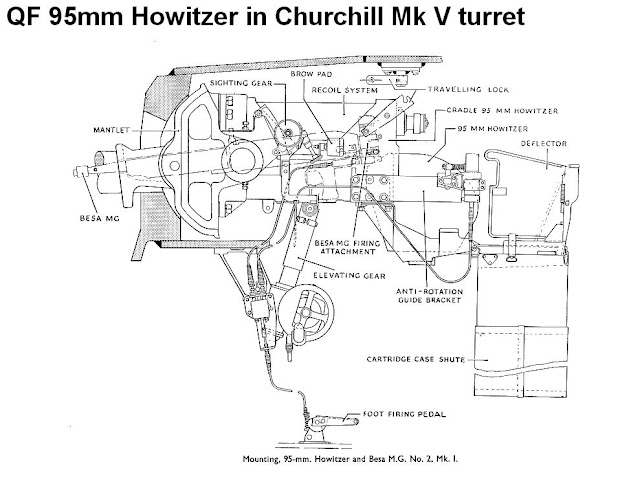 The Churchill Mk IV carried the excellent QF 6-pounder anti-tank gun, but this weapon did not have a high-explosive shell for soft targets that was efficient.
The Mk V armed with a 95mm howitzer that had a much more powerful high explosive shell. Only 10% of Churchill production was dedicated to the close support versions, so there were nine Mk IVs for every Mk V. Early in 1943 the War Cabinet decided to approve production of 500 Churchills to keep the production lines active, and of these 300 were to be Churchill Vs. A total of 241 were built during 1943, compared to 1,622 Mk IVs and a total of 2,297 6-pounder Churchills.
The Churchill Mk V saw combat in Italy and in the Invasion of Europe, where it was used by the squadron HQ troops of armoured squadrons.


In Italy, the squadrons themselves normally had two troops of Churchill tanks, including the Churchill Mk IV NA75 and two troops of Sherman tanks.
These tanks fought (and very well ...) until the end of WWII at the European Theater.

The Churchill Mk VIII CS model, whose production began in 1944, was designed to replace it, but the end of the war came before a significant number of these more well-armed Mk VIII could replace the older and courageous Mk V.
Specs: 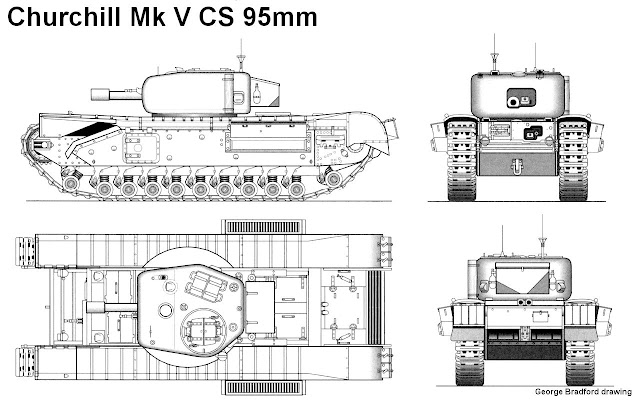 The kits:
For this project, I'll use the Churchill Mk III AVRE (#AF 35167) from AFV Club and an old (out of production...) Inside the Armour (#35031) Churchill Mk V Turret Conversion.
You may be wondering: Why use a conversion resin kit, if today there is on the market the excellent Churchill Mk V 95mm howitzer (#AF35155), from AFV Club??

Simple answer, my Lord: it's because I had this old conversion kit since years before the AFV release this injected product ... and I do not waste anything from my stock ... So let's go to the Churchill Mk V 95mm building... Again, a double building, with Churchill Mk I CS reversed:

The Mk IV turrets (casted) had in their lower right portion a slightly thinner armour thickness, due to the machining of their rotation ring. The British reinforced this region with an additional armour plate, as the Germans began to point their guns at this fragile area ...


Above, note the absence of the middle part of the fenders. It was common practice ... The Churchills crew were afraid that a defective fender in this area could jam the tower's movement. Another common practice was the use of old and worn track links as additional armor.
It has already been proven that the protection gain was derisory, but psychologically it was worth its weight. The big problem was this overloaded the suspension and engine, making Churchill (usually slow) even slower. And when used in the turret, slowed the speed of rotation of the tower, with dangerous potential.. 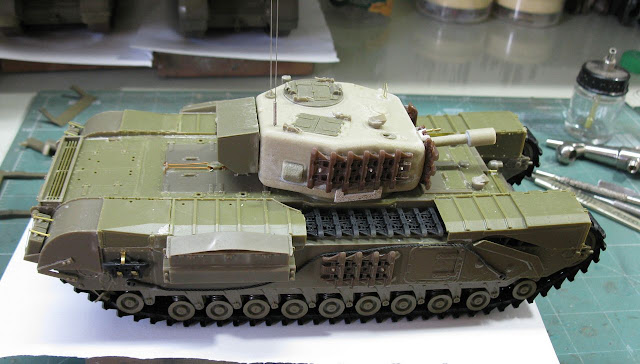 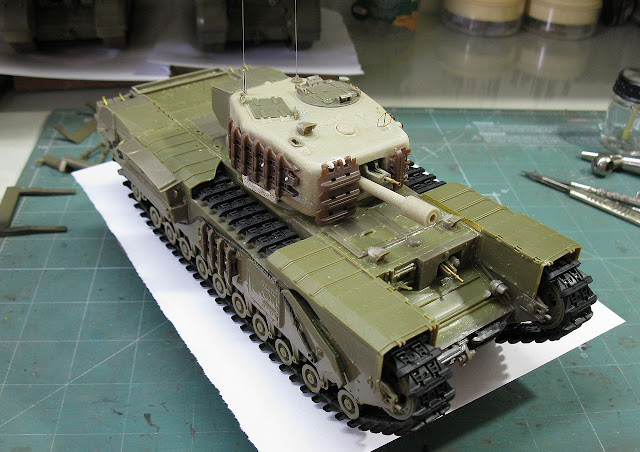 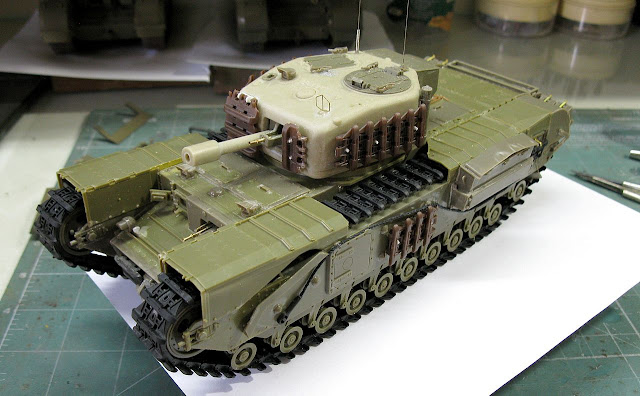 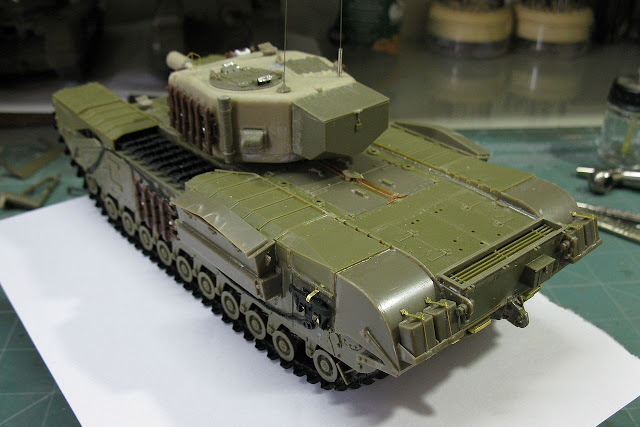 And now, it's the time that I like most in modeling: to situate the vehicle in the correct time and place, with the appropriate markings compatible with the chosen historical moment,
I introduce to you guys, EDENBERRY, a Churchill Mk.V CS from Recce Squadron, in duties with North Irish Horse, 25th Tank Brigade, in the Battle for the Gothic Line. Italy, September, 1944.

Next step: Painting and markings!!! 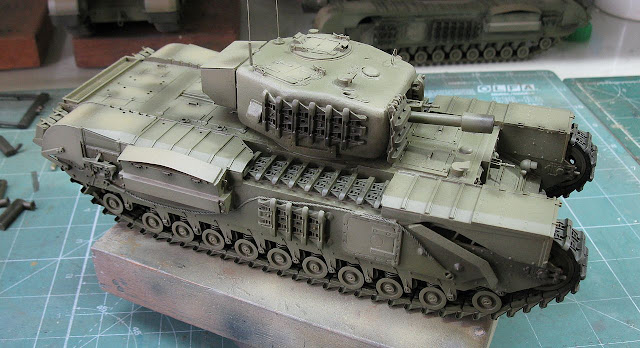 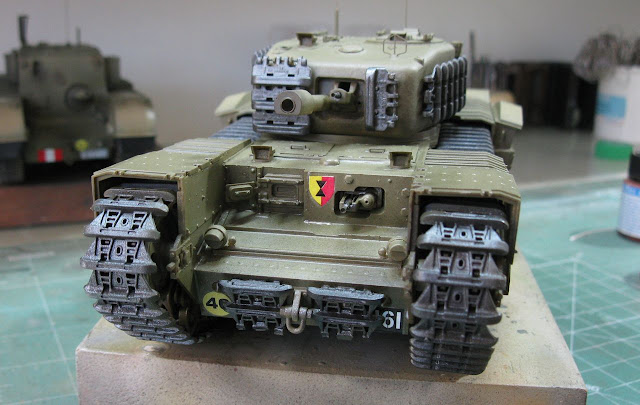 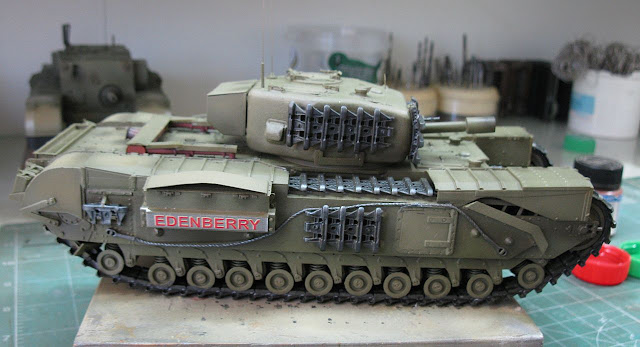 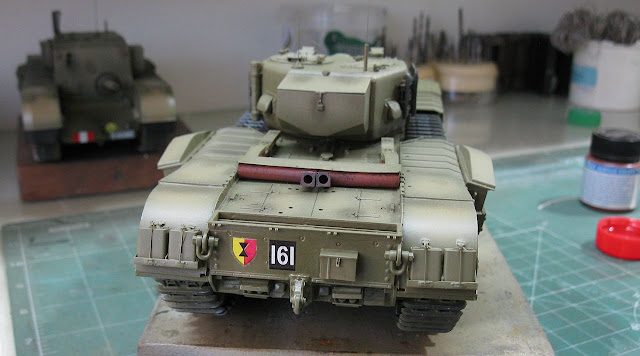 Now it is expected to dry the decals, a new layer of Pledge and matte varnish ... And then, the weathering !!


The final version of roll-bags and other stuff: 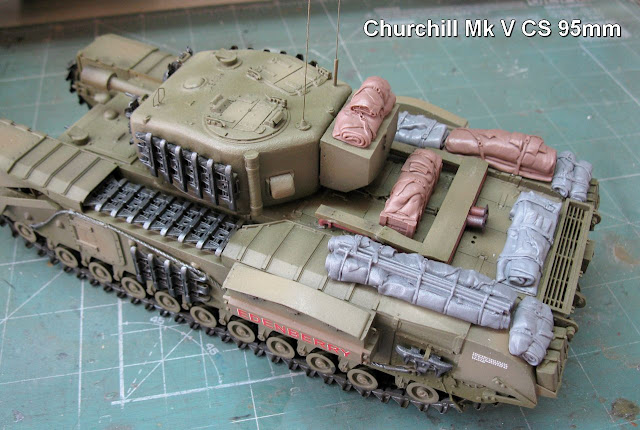 The rollbags and stuff painted for this and other projects... 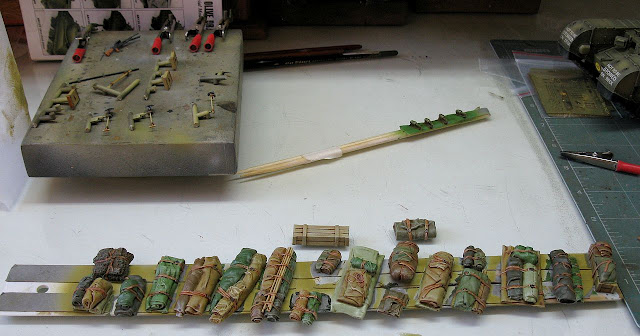 And the Churchill Mk.V CS was ready. This is  EDENBERRY, from Recce Squadron, in duties with North Irish Horse, 25th Tank Brigade, in the Battle for the Gothic Line. Italy, September, 1944. 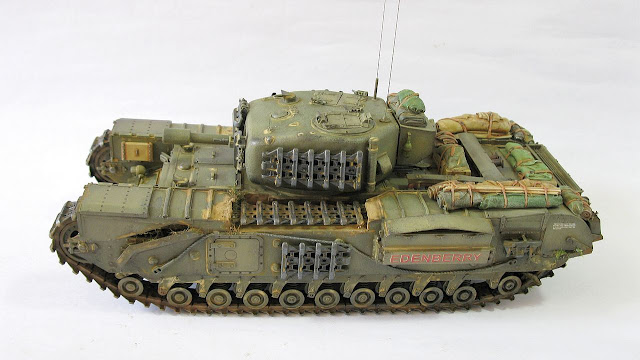 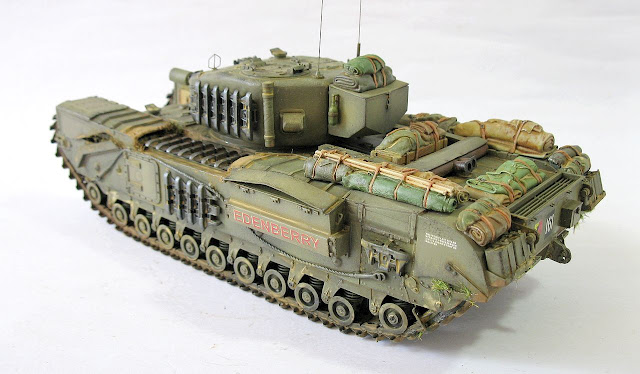 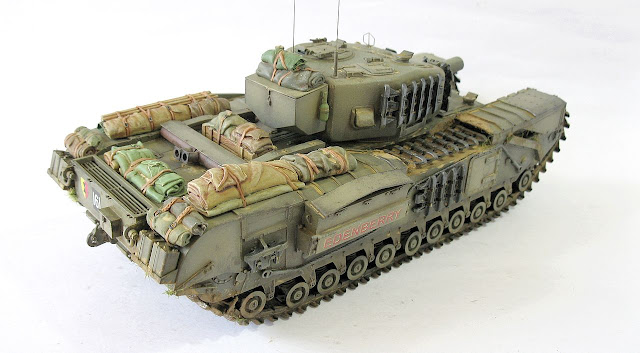 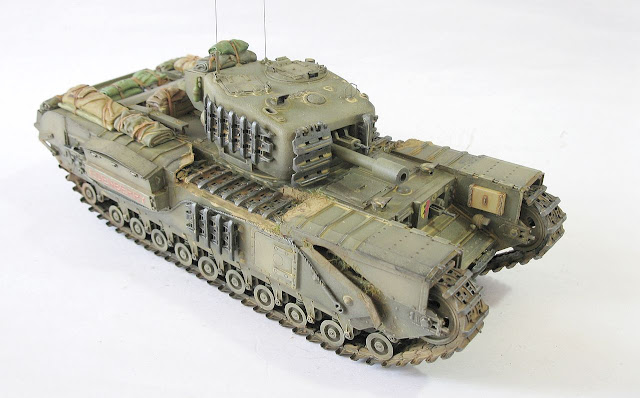