Let's see about the 12.8 cm FlaK 40/1, a German World War II anti-aircraft gun. Although it was not produced in great numbers, it was one of the most effective heavy AA guns of its era. 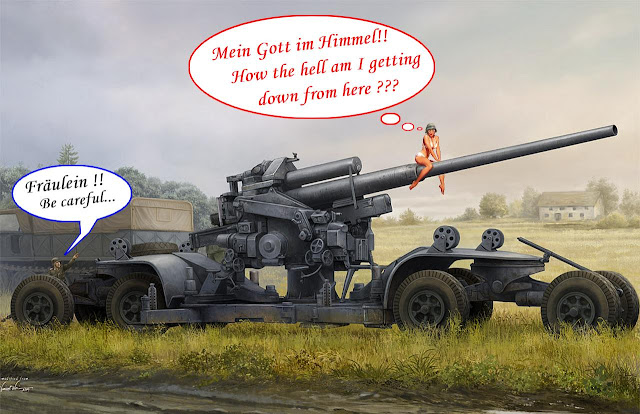 History:
Development of the gun began in 1936, with the contract being awarded to Rheinmetall Borsig. The first prototype gun was delivered for testing in late 1937 and completed testing successfully. The gun weighed nearly 12 tonnes in its firing position, with the result that its barrel had to be removed for transport. Limited service testing showed this was impractical, so in 1938 other solutions were considered.
While the FlaK 40 was typically utilized on its static carriage system, production was already under way of six "mobile" versions, these mounted atop multiple-axle transport carriages to help content with the massive weapons weight over distances. Despite their mobile classification, these examples still proved heavy and cumbersome to maneuver with any great haste. It came to be that the weapon was eventually dismantled between two loads for transport but even this method was equally time consuming and impractical, forcing the Germans to revert back to the original single-load process for transporting the weapon.

Due to the heavy nature of the weapon system as a whole, the FlaK 40 was eventually settled as a static gun emplacement along few - though critical -airspace routes throughout the Reich. Berlin and Vienna were two such locales protected FlaK 40 guns and even then some of these weapons had specially constructed towers designed to manage their weight and take on even greater vantage points.
To compensate for the FlaK 40s limited tactical value, engineers eventually managed a railcar variant that supplied only limited additional mobility.

As the Allied bombing campaign (day and night) was taking an ever increasing toll on German war-making capacities, a twin-gun variant was also developed and these were designated as "12.8cm FlaK 40 Zwilling". These were essentially the same class of weapon though completed with two side-by-side 128mm gun barrels, appropriate fire control systems and dual loading facilities all fitted to the original mount. Production of this form also began in 1942 to which some 34 examples were available by February of 1945. Again, the sheer weight and complexity of these systems made their availability limited and, thusly, they were utilized strictly around key Reich centers.

The eventual solution was to simplify the firing platform, based on the assumption it would always be securely bolted into concrete. The total weight of the Flakzwilling twin-gun mount system reached 26.5 tonnes, making it practically impossible to tow cross-country. In the end, this mattered little since by the time the gun entered production in 1942, it was used in primarily static, defensive applications. There were four twin mounts on the fortified anti-aircraft Zoo Tower, and they were also on other flak towers protecting Berlin, Hamburg, and Vienna.
It is claimed that during the Battle of Berlin the guns on the Zoo Tower were used successfully to support ground forces, "where the heavy 128 mm shells obliterated Soviet armor, especially when hit from the side". The rush to capture the Reichstag led to dozens of tanks being destroyed. Approximately 200 were mounted on railcars, providing limited mobility. 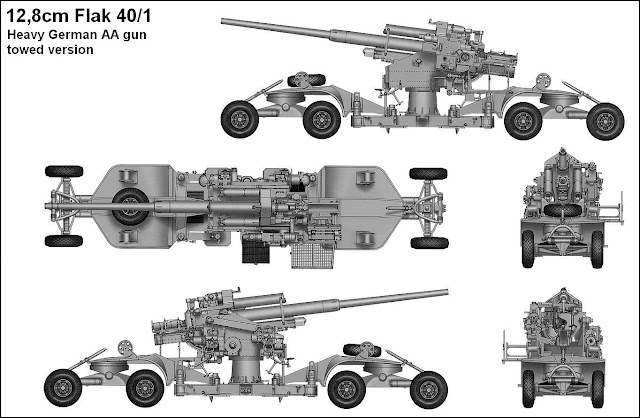 Starting by the booklet: the base of the gun, with its articulated arms...


And the building is going...


My idea in terms of painting would be the gun with the colors of the end of WWII, but the trailer with the colors of the rear area vehicles, which was the characteristic of this weapon. Their displacements generally made by roads and were positioned in the vicinity of large cities, which were being razed by the Allied carpet bomb. Therefore, the Flak 40/1 will be in dark yellow, camouflaged with green and brown and the four-axle special trailer 220 (Sd. Ah. 220) in panzer-gray.

Starting by the yellow: 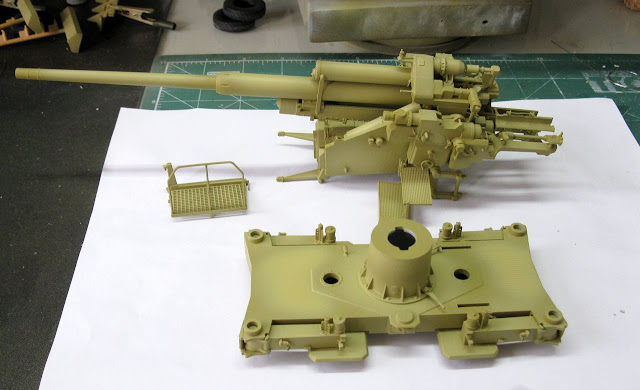 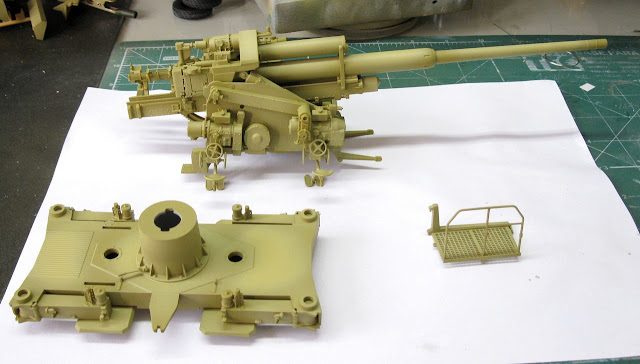 And the cammo, now!! 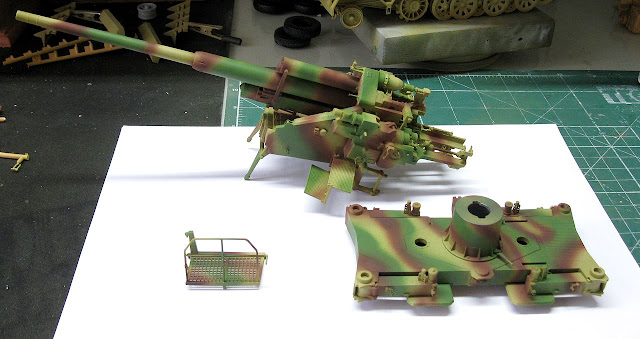 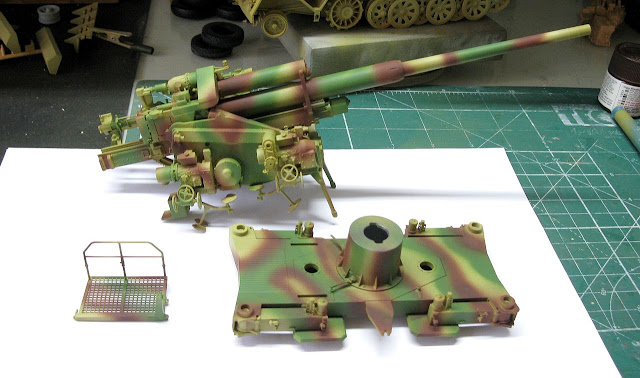 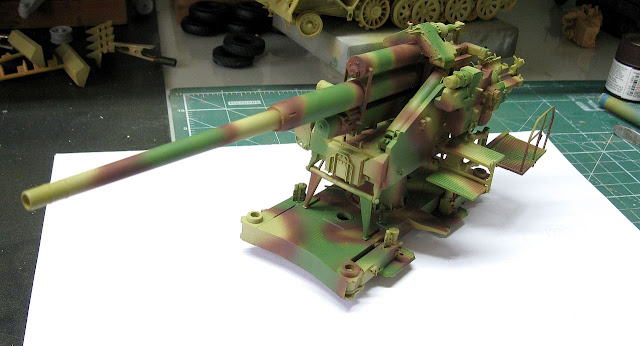