The Infantry tank, Mk III, Valentine was an infantry tank produced in the United Kingdom during the World War II. More than 8,000 of the type were produced in eleven marks, plus various specialised variants, accounting for approximately a quarter of wartime British tank production. The many variants included riveted and welded construction, petrol and diesel engines and a progressive increase in armament. It was supplied in large numbers to the USSR and built under licence in Canada. Developed by Vickers, it proved to be both strong and reliable.
For more about the Valentines, see here:

Valentine DD: Valentine Mk V, IX and Mk XI, made amphibious by the use of Nicholas Straussler's "Duplex Drive". Conversions by Metro-Cammell of 625 tanks delivered in 1943–1944. Used by crews training for the M4 Sherman DD tanks for the Normandy Landings as well as training in Italy and India. A few were used in Italy in 1945.
Valentine OP / Command: Artillery Observation Post and Command Vehicle; extra radios, to give more space inside, the gun was removed and a dummy barrel fitted to the front of the turret. Used by battery commanders and observation post for Archers, Achilles or M10s tank destroyers units.
Valentine CDL: Continuation of Canal Defence Light experiments; conventional turret replaced with one containing a searchlight. This is the version of this article... 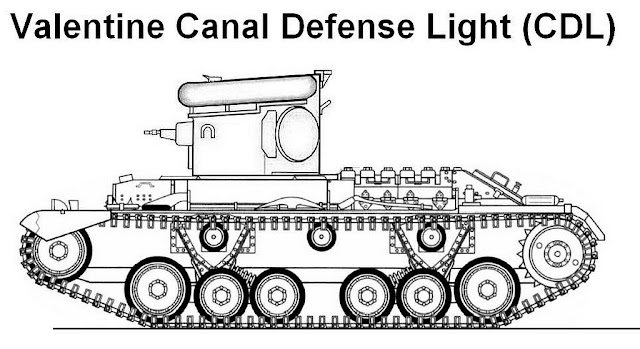 
Valentine with 6-pounder anti-tank mounting: Experimental vehicle built by Vickers-Armstrong to examine the possibility of producing a simple tank destroyer by mounting the 6-pounder in its field carriage on the hull in place of the turret. Trials only, 1942 not required since the Valentine could be fitted with a 6-pounder in a turret.
Valentine flame-throwers: Two Valentine tanks were modified to carry flame-throwers and were tested by the Petroleum Warfare Department to determine which system was best for a tank-mounted flame projector. One used a projector pressurised by slow burning cordite charges (designed by the Ministry of Supply) and one designed by AEC with the PWD using a projector operated by compressed hydrogen gas.

Both carried the flame-thrower fuel in a trailer and the flame projector was mounted on the hull front. Trials started in 1942 and showed that the gas-operated system was better. From this test installation was developed the Crocodile equipment for the Churchill and Sherman V Crocodile flame-thrower used in the North West Europe campaign in 1944–45. 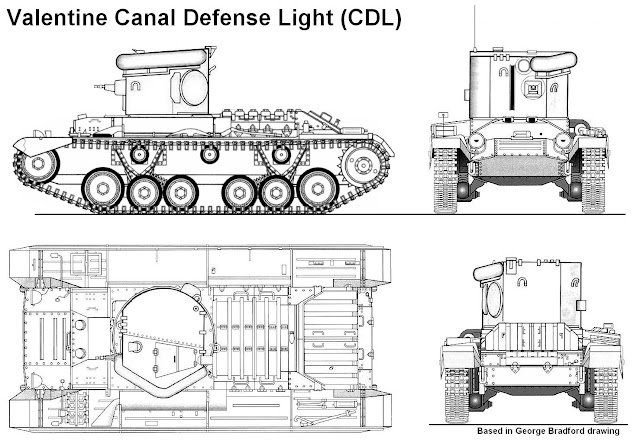 The kit:
As usual, for these strange projects, I like to use simple and economical kits. and my treasure chest is full of this kind of kits. For Valentine CDL, I unearthed from my catacombs a very, very old kit (1995) manufactured by VM Co. Models, from Mother Russia: Valentine IV Mk III British Infantry Tank (#359503).
This is the same molds for all these beauties:
The kit is incredible... But, let's go. For the turret, I have some copies of my adventures with resin casting, when I corrected the Verlinden CDL turret for my Matilda II CDL:

Well, I found this turret:
Testing in the hull: 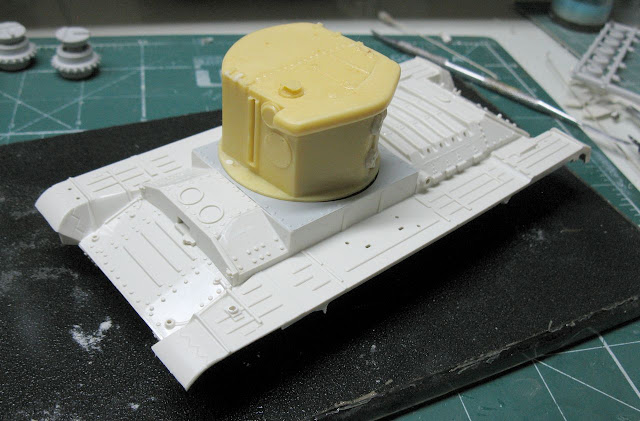 As I said before, the kit is incredible. The sinkholes in the parts are unbelievable. Thank the Gods, I will not use the 2 pdr gun mantlet. but look at the quality of the injection and despair:

But I have four bogies to correct: 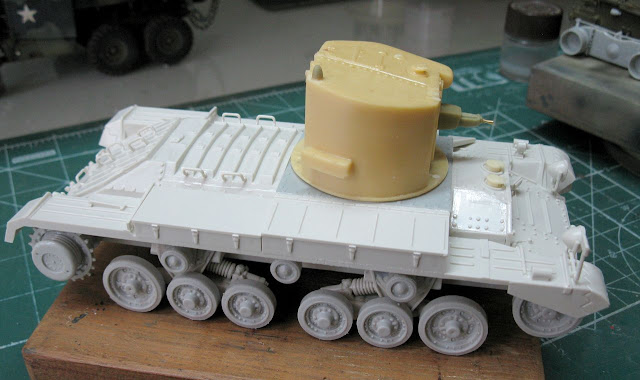 As there are no photos and references about the Valentine Mk II CDL, I will place my elusive girl in the same Unit of the Matilda Mk II CDL: 49th RTR - 35th TB. 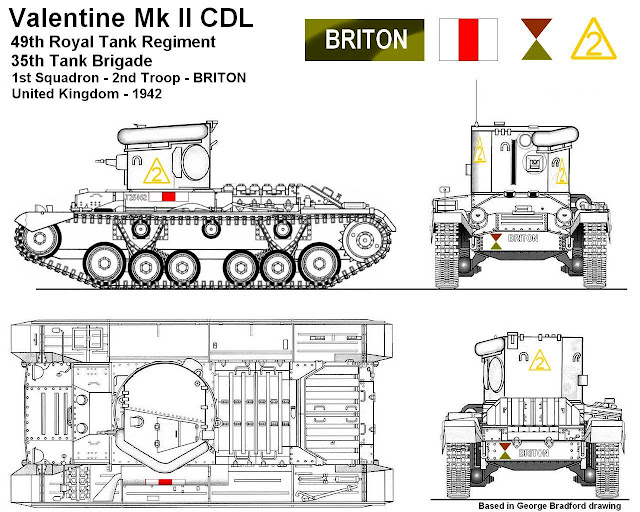 After green color base, I used Archer decals for casting markings in the turret. 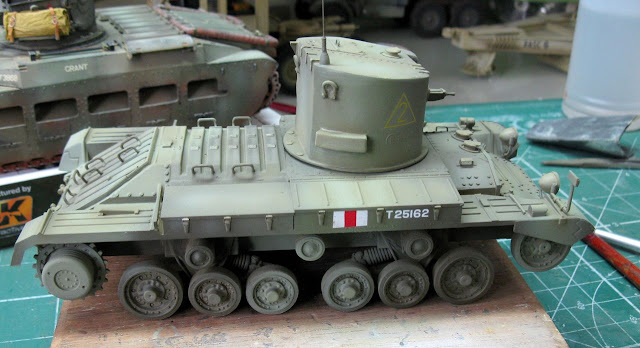 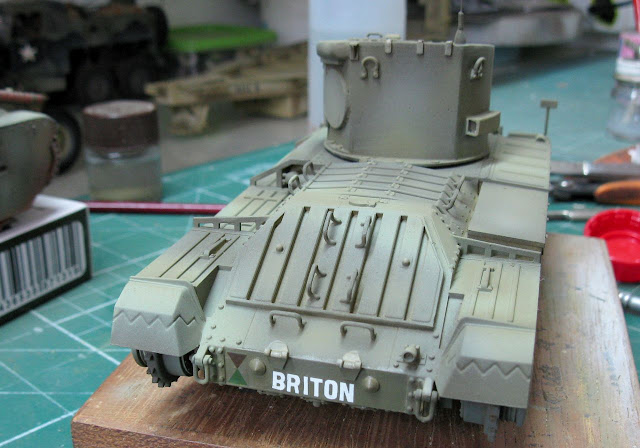 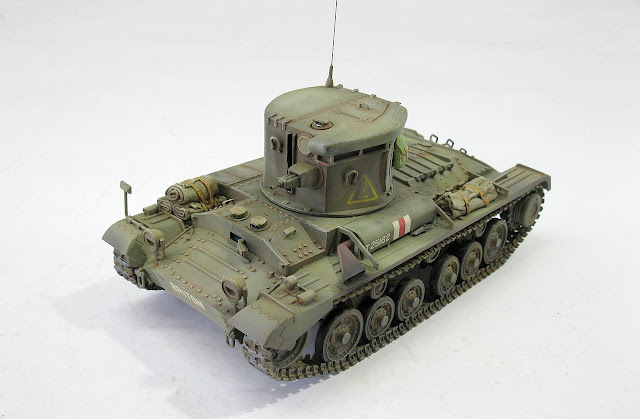 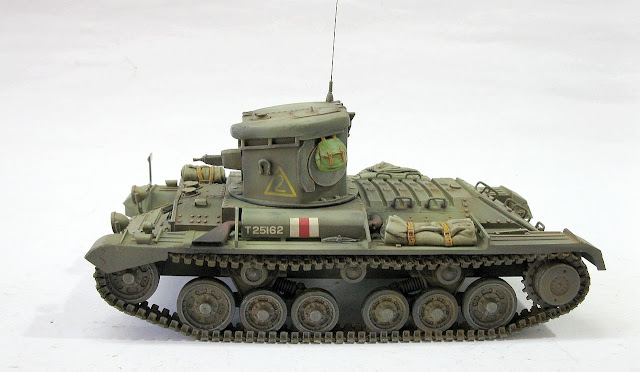 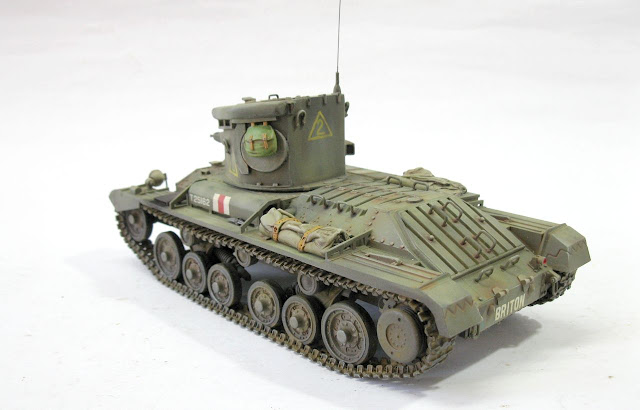 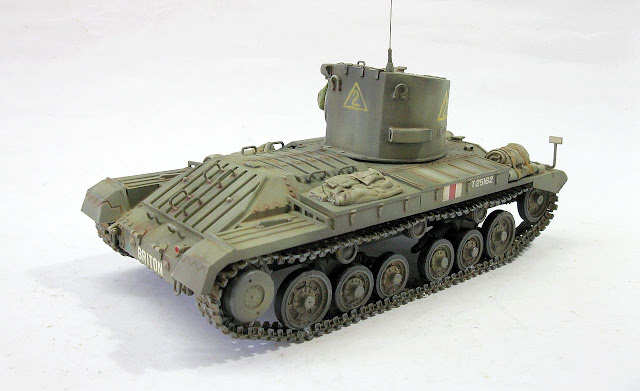 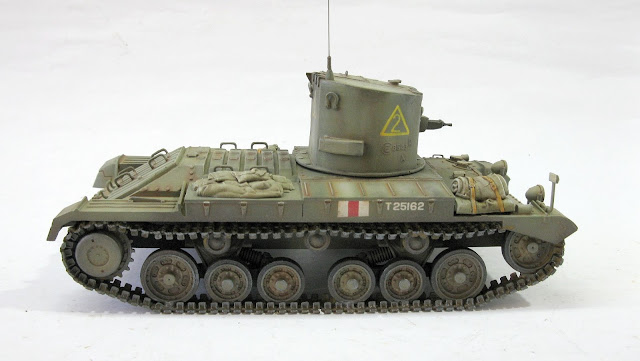 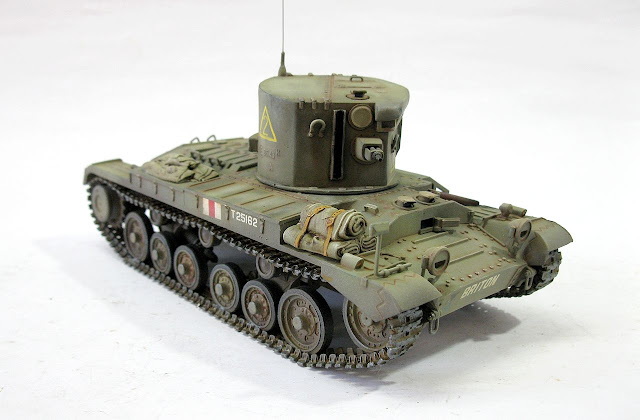 Well, Tankers... This was another vehicle in my CDL tanks series. It was a pleasure to build one more piece in this historic puzzle. I hope you have enjoyed it too ...