Tankers!!
Today we will talk and know about the "final" version of the Great Family of Churchill tanks: The mighty Churchill Mk.VII. 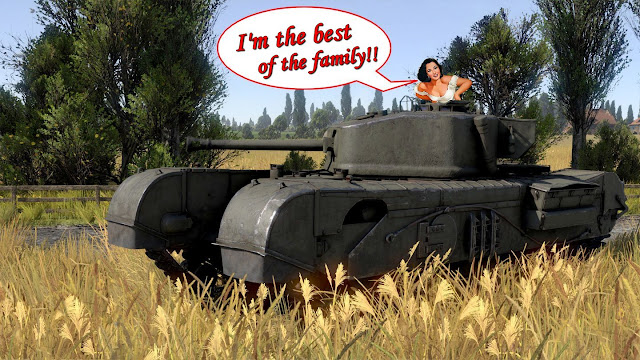 History:
During 1943 the British began working on another version of Churchill Infantry Tank: The A22F Heavy Churchill  or Churchill Mk.VII, wich was considered the final production model of the Churchill Infantry family of tanks.
The most important features of the new tank was thicker armour, evolving from a maximum armour thickness of 102mm to 152mm (thicker than the German tan Tiger) in the front tower and hull and a new turret. Despite the increased armour protection the Vauxhall engineers somehow managed limit the resultant increase in weight to only and extra ton however this did result in a drop in top speed from 24 km/h to 21 km/h.
Welded construction was employed throughout the hull and the side hatches were made both rounded and slightly conical in section, as was the driver's visor. This had two advantages:
The main armament was the Ordnance QF 75 mm tan gun for the Churchill Mk. VII while some vehicles were fitted with the Ordnance QF 95mm Howitzer (in a slightly modified type VII turret) and designated Churchill MkVIII CS - Close Support.
About Churchill Mk. VII, the turret itself was an original design. Cast turrets, such as those fitted to the Churchill Mark IV, had many structural advantages but one problem was the manufacturer's inability to control material thickness effectively on all surfaces. This lack of standardization in the thickness of armor can generate weak points, with great danger to the crew.
Thus if one desired thick walls the roof could not be thin, so a weight and space penalty was inevitable. The new Heavy Churchill turret, apparently developed by Babcock and Wilcox of Renfrew, displayed a most effective compromise. The four sides were a single casting, flared out at the base to give added protection to the turret ring, while the roof was a flat plate welded into place at the top. It was fitted with a raised cupola to give the commander better vision during combat action, although some initial production tanks still maintained the simple commander cupola of the Mk. IV models..

The Churchill Mk. VII was stated as meeting all requirements except in respect of armament ( the crews wanted a more powerful gun...). With the release of the new tank — 700 having been ordered towards the end of 1943 — the rework programme for earlier models of Churchills took on a new lease of life. But this upgrade program ended with few results, in 1944.
Many Churchill Mk.VII tanks became Crocodile flamethrower tanks, indeed in Normandy the 141st Regiment of the Royal Armoured Corps (141 RAC, previously 7th Battalion, The Buffs) were entirely equipped with Crocodiles. Some Mark VII tanks were issued to normal infantry tank units as replacements, where many squadron and platoon commanders snatched them up as their personal chariots.
The Churchill Mk.VII saw service in Normandy and France, Holland, Italy and Germany, as well as the Korean War.
Specs: 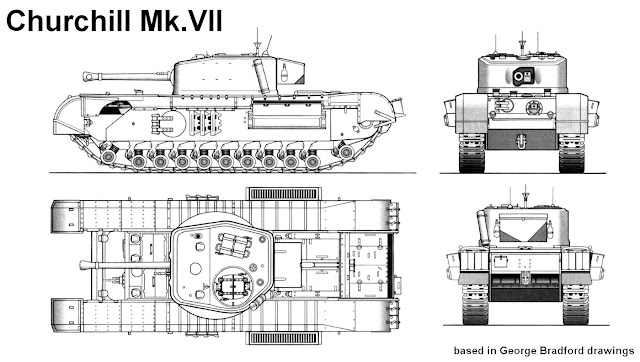 The kit:
For this article, I decided display an overhauling I performed on an old Tamiya British Infantry Tank Mk.IV Churchill Mk.VII (#35210), a kit he had built more than 20 years ago.

She was relatively well built, but with wrong markings, of a time I did not research as much as now. As the model had a solid construction, I decided to remove the original paint with caustic soda. In this step, all care is little, because the caustic soda is very corrosive !!!
Wear rubber gloves and eye protection in these steps.

The kit gets very alkaline with this caustic soda bath. To avoid possible problems in the future (paint corrosion in recesses ..) I usually chemically "neutralize" the kit with an acid bath. I use vinegar for salads diluted in water and dip the kit for a few seconds. Vinegar is not aggressive to the skin, but neutralizes the strong alkalinity that may have remained in the kit.


And the kit dry, neutralized and ready for damage assessment.
Hmmm ... Some details really bother me: Tamiya's 75mm gun barrel is really bad... And the hatches of the Commander and the gunner are badly damaged ... 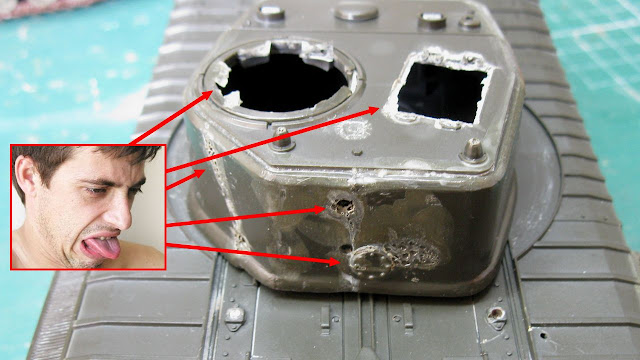 If the problem were only in the commander's cupola, the solution would be easy: its replacement by a surplus part of Churchill of AFV Club, from my spare parts box... But the edges of the gunner's hatch are simply horrible ...
My solution: replace the turret's roof by a Churchill Mk.IV one from AFV Club spare turret...

In my research, I came across Churchills Crocodile with Cullin hedgerow cutters (or Prongs). Well ... If the Crocodile used, why not in the Mk.VII standard guns ?? 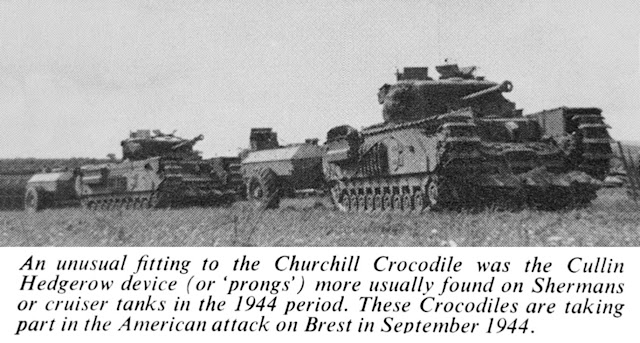 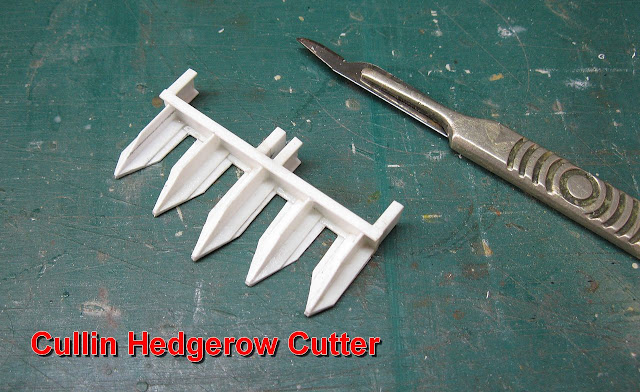 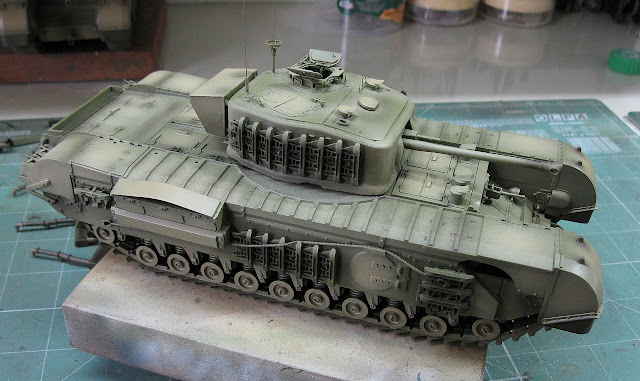 While the painting is dry, we will choose the details that will be added in the model ... Value Gear stuff!!
As always, I try to make a profile of the tank with the markings. This time, after a good search, I think my girl will not look ugly or wrong before my eyes ... She's IRON DUKE, a Churchill Mk.VII of the 34th Tank Brigade, 9th Royal Tank Regiment in Normandy, France - 1944. 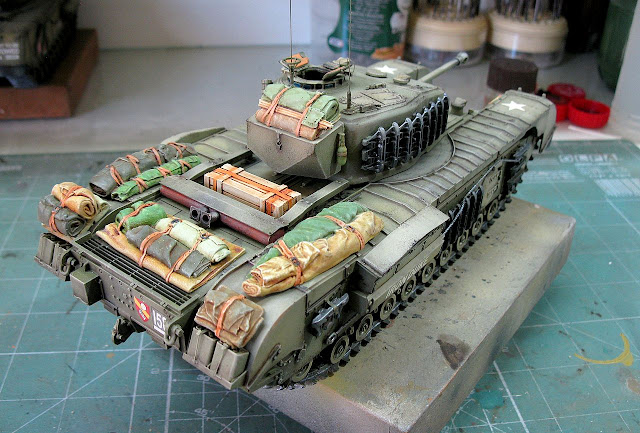 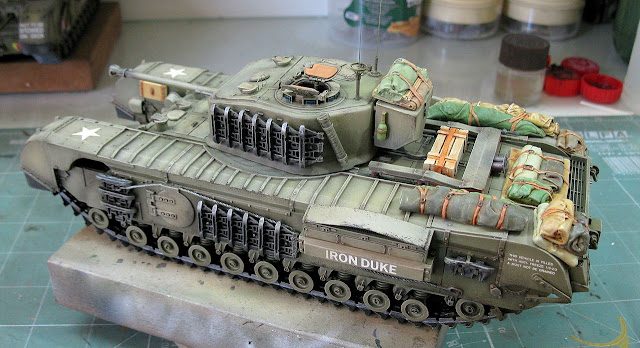 And I can call her ready! Meet IRON DUKE, a Churchill Mk.VII belonging of the 34th Tank Brigade, 9th Royal Tank Regiment, performing their duties in Normandy Landings, France - 1944. 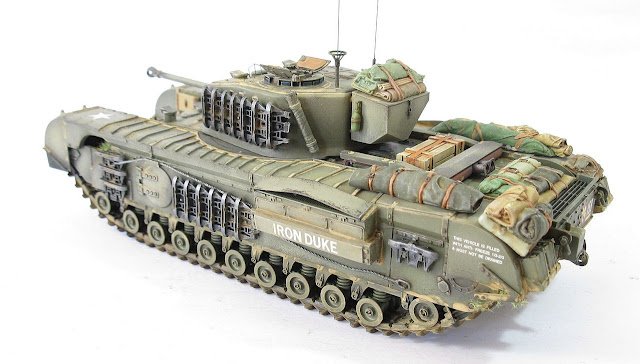 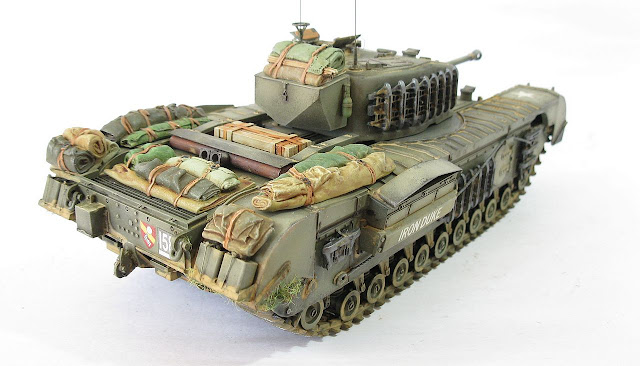 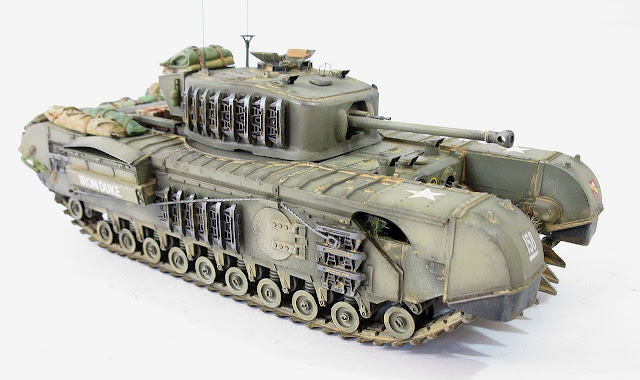 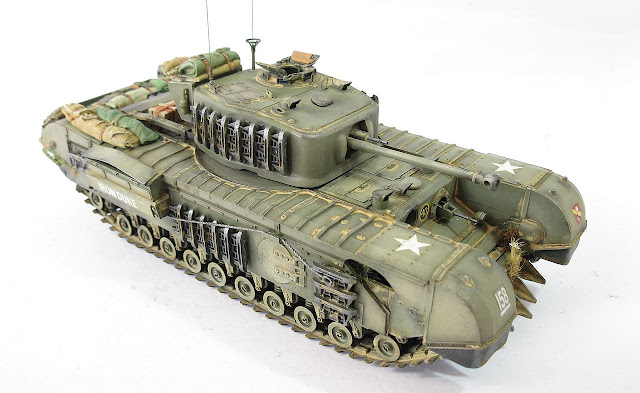 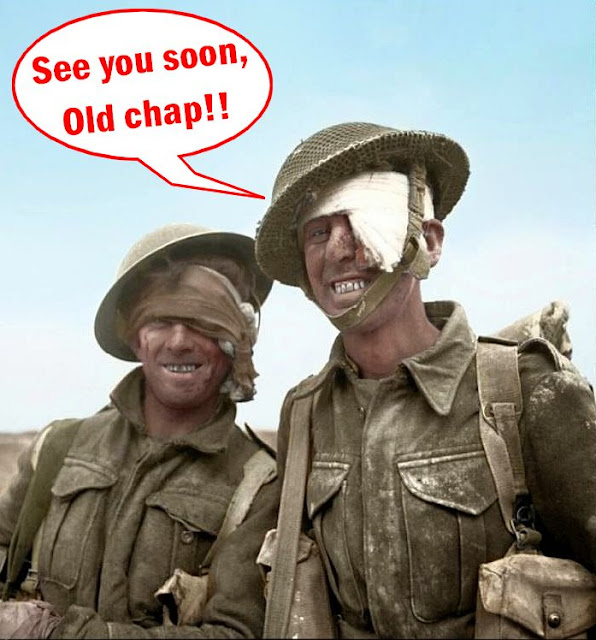