Another weekend coming up and my workbench is empty ....What a shame!!!  But is briefly ... Gave me a desire to build a resin kit and I remembered a promotion of a dual purchase, of Jadar, where I bought these two cuteness: 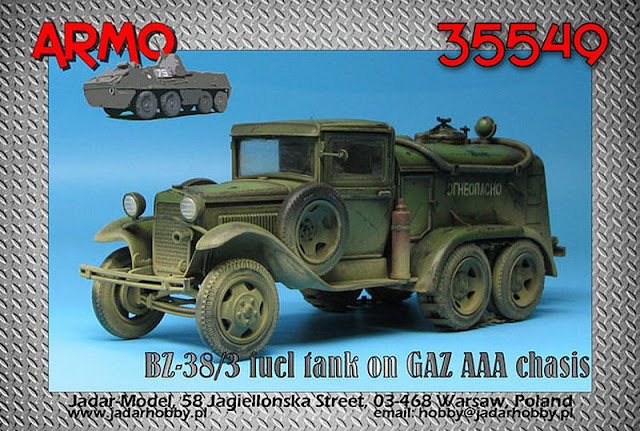 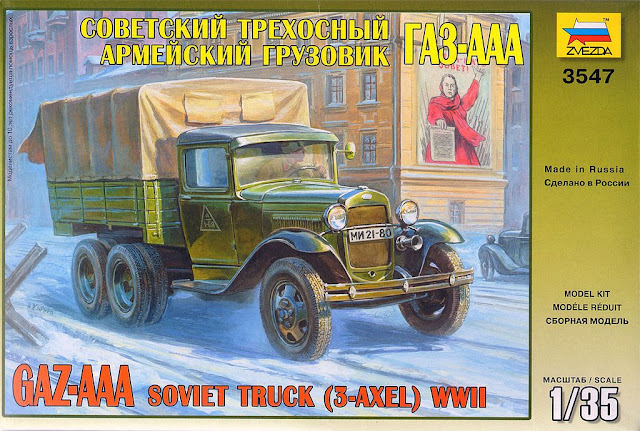 History:
GAZ-AAA truck was the triaxial variation of GAZ-AA (truck based in the American truck Ford-Timken).
During the serial production (from 1934 to1943) were produced 37.373 trucks and during WWII 9.724 trucks left the production lines. The GAZ AAA became a favorite of the Russian Army as a general cargo transport and was used in a wide variety of configurations. The AAA shared nearly identical cab and engine configurations with the A and AA but could easily handle 2.000 Kg of cargo on rough terrain or 2.500 Kg on roads.
GAZ-AAA trucks were used for transportation of goods, staff and for towage of artillery systems, besides being adapted to carry various weapons in their chassis. During pre-war period, variations of GAZ-AAA trucks has been produced, like as self-propelled artillery, named SU-1-12. This armed truck carried   a 76mm howitzer, as fire support for infantry. During WWII, antiaircraft emplacements with four machine guns Maxim (4M), antiaircraft emplacements with heavy machine gun DShK,  Bofors 25mm and 37mm automatic air defense guns were also built in GAZ-AAA chassi.
In 1938 GAZ-AAA was updated with new 50 horsepower engine, the central clasp brake on a shaft of auxiliary gear box and the spare wheels were moved to front fenders. In 1940, a new kind of rear towing device was settled.
Other different special trucks were produced on base of GAZ-AAA chassis such as radio station RSB-F, movable repair shops PARM and PM type A, fuel tanks BZ-38 and BZ-38U, water-oil-bowsers BMZ-38, ground starters AS-2 etc.

Also armoured vehicles BA-6 and BA-10 were produced on base of GAZ-AAA chassis.

In late 1941, the model has got simplified fenders, cabin with canvas doors and only one headlight. Bumpers was only on pre-1942 trucks. Later, in 1943, cabs had wooden doors.

The kit:
The kits are from Zvezda and ARMO:
The Zvezda kit of Gaz truck is very crude and basic, but honest. Now, the ARMO resin conversion kit is a real gem. Excellent casting, no bubbles or defects ... A beauty!!

Starting the saga....Building the front chassi, by the ARMO instruction sheet: All parts fit perfectly ...The images speak for themselves ...
The building of the rear axles are very simple. Beware and attention to perfect alignment...
Yesterday, I gave a good advanced in the job ... I got resin tires to replace the "original" vinyl tires. The problem with vinyl tires is that they can "melt" over time. They are produced by Electric Products. Very good!!
The resin tires need a little adjustment to fit in the wheels. I discovered that the Dremel tool grinding has the diameter perfect for this.
While the wheels dry, I painted the cab and the fuel tank with Russian Green, using lighter and darker shades of the color base... 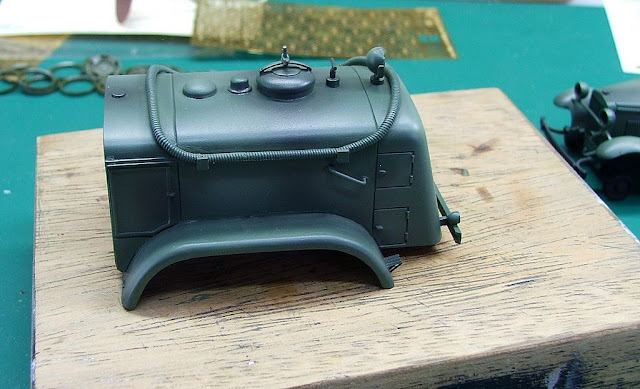 The ARMO kit has no decals. But it comes with metal stencils (very, very good!) , for the markings on Russian: FLAMMABLE (огнеопасно).
In the cabin, I applied the Zvezda decals:
I "lifted" the fuel tank in 1.5 mm with the aid of plasticard strips on the chassi top. The end result was much better.

Gents,,,I finished this fuel tanker in this weekend.  These are the pics:

A piece of casting that failed were the fire extinguishers. I decided to make two new in my mini-lathe. I used scraps of sprue and a few more details ...
And the girl was ready. Do not exaggerate in weathering, did something simpler .... 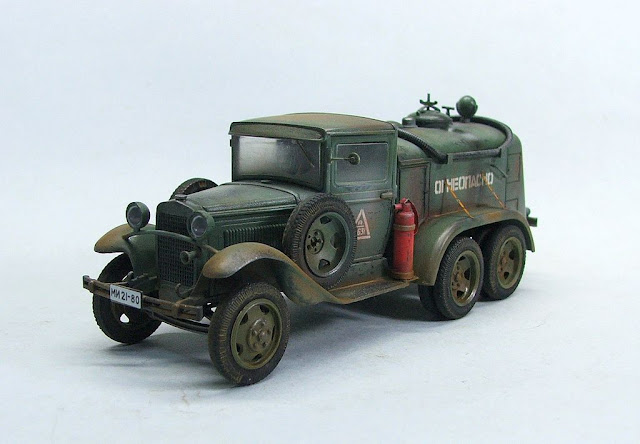 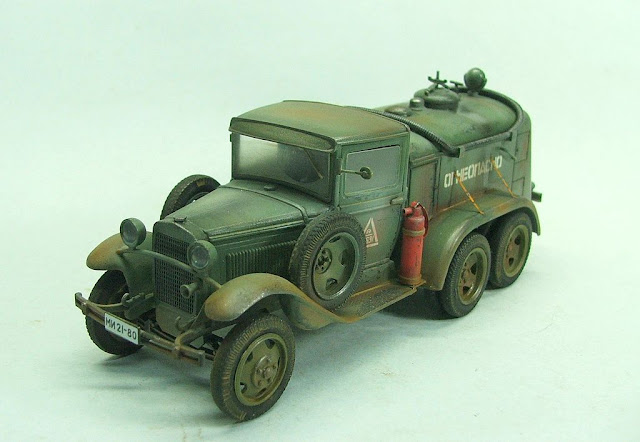 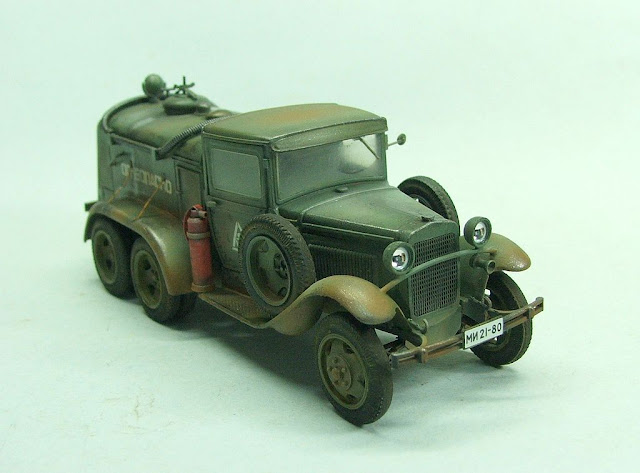 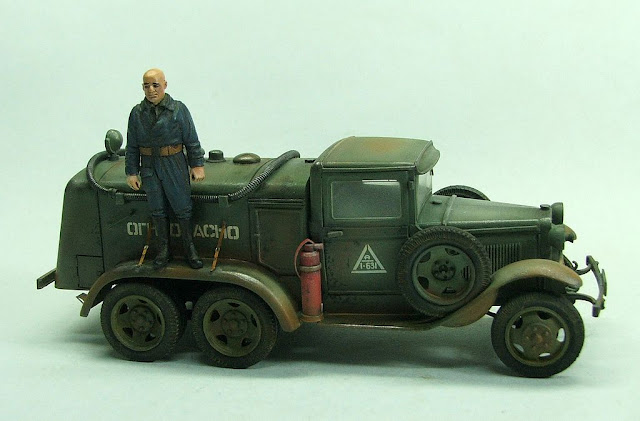