Continuing the project of building the vehicles of this photo: Sherman V (OP) and Centaur CS Mk  IV of Royal Marines...
Recalling the Royal Marines Armoured Support Group (RMASG) story, when the British decided reinstall the engines in the Centaurs that bombard the coast, allowing the tanks to accompany the invasion forces, it was decided also that the Centaurs would need armored vehicles as observation posts. The chosen was the Sherman V. 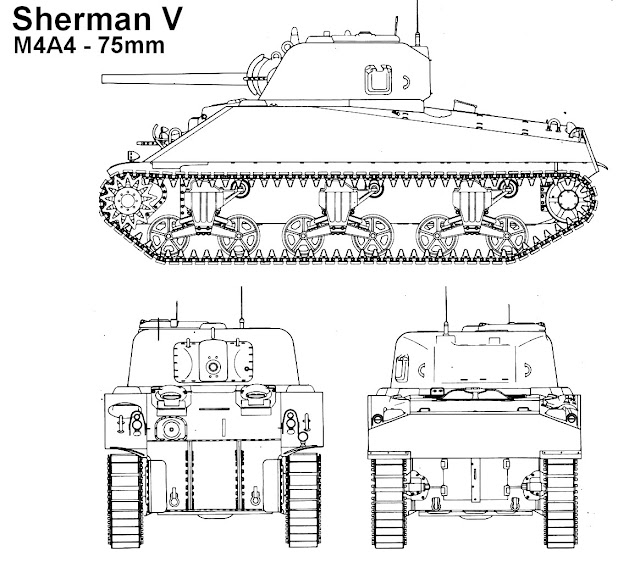 The kit:
For this project, as I said in the past post, I used the old Dragon kit 6041 Sherman M4A4.
The build start by the suspension and bogies... 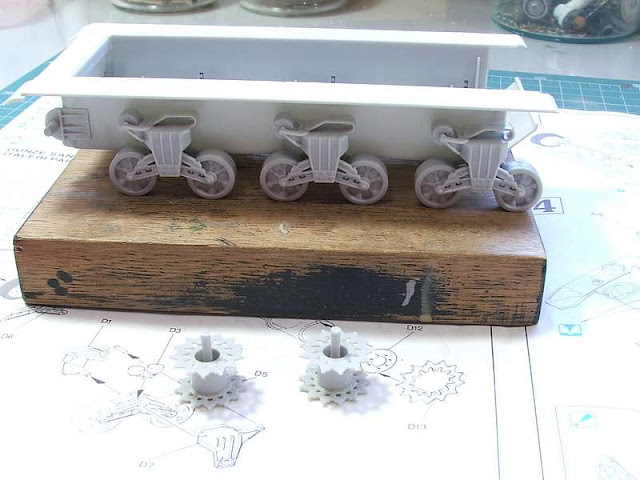 After the primer, I painted the Shermie with khaky-brown (Tamiya)

For this model, I used the fantastic decal from Bison Decals (today, Star Decals):
Reference about Fox: 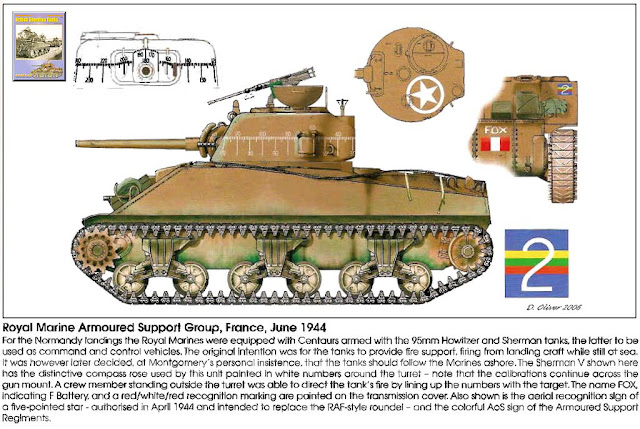 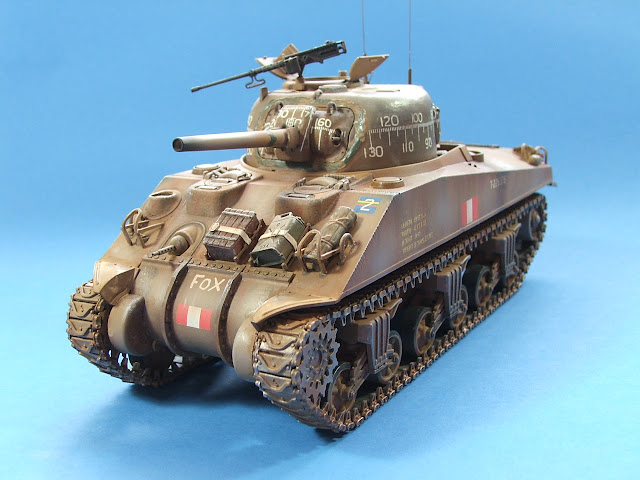 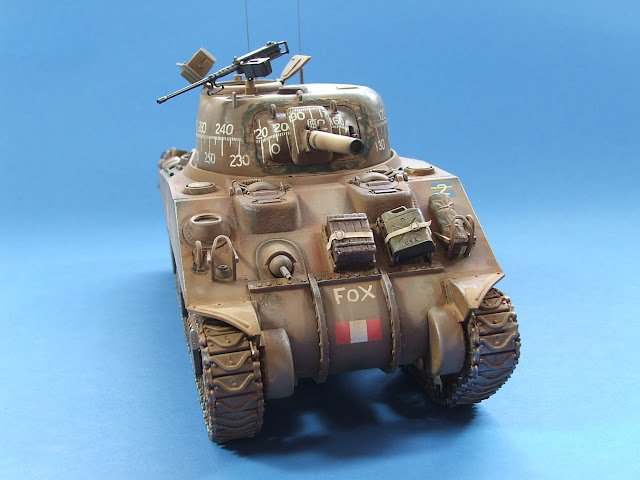 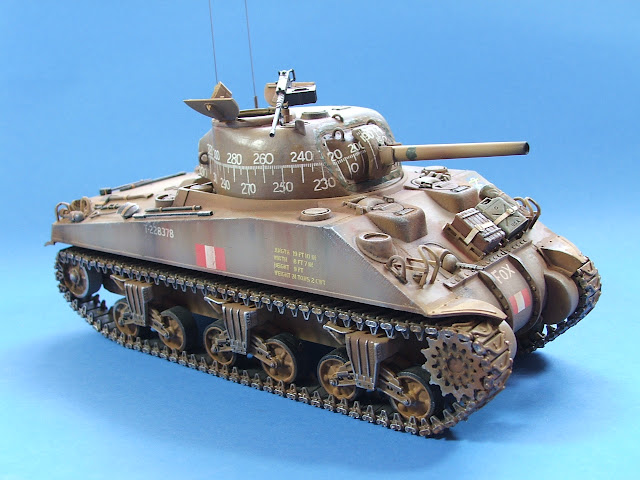 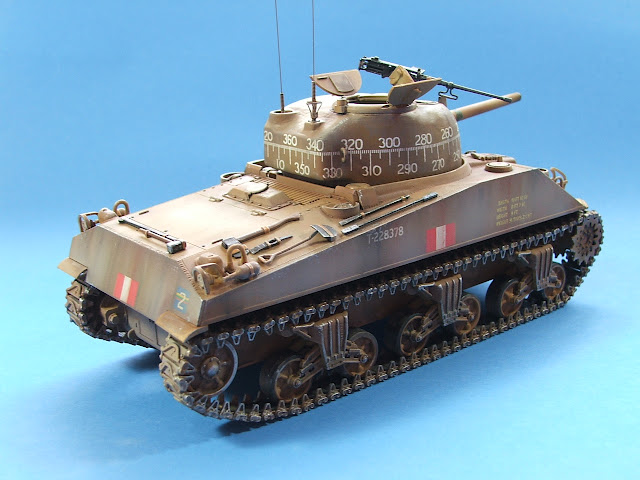 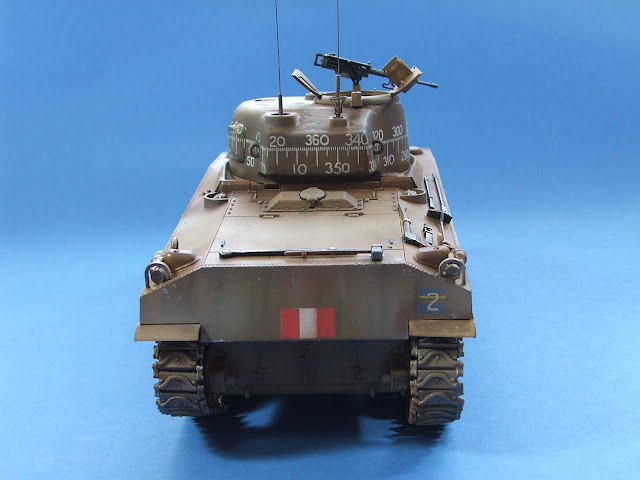 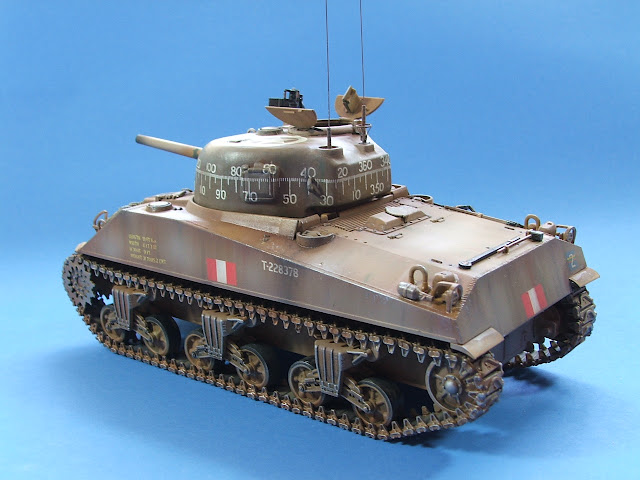 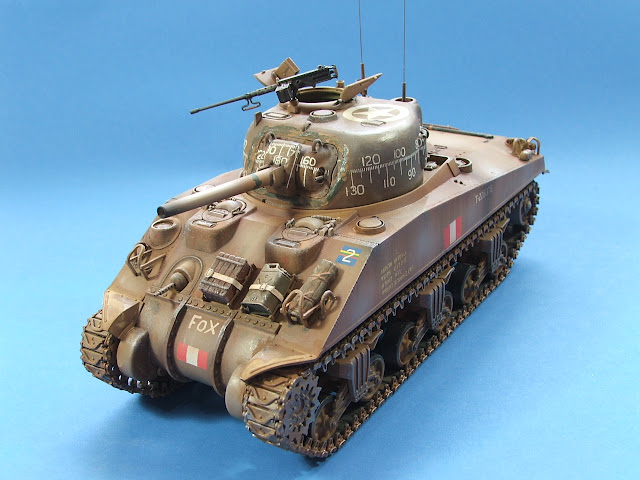 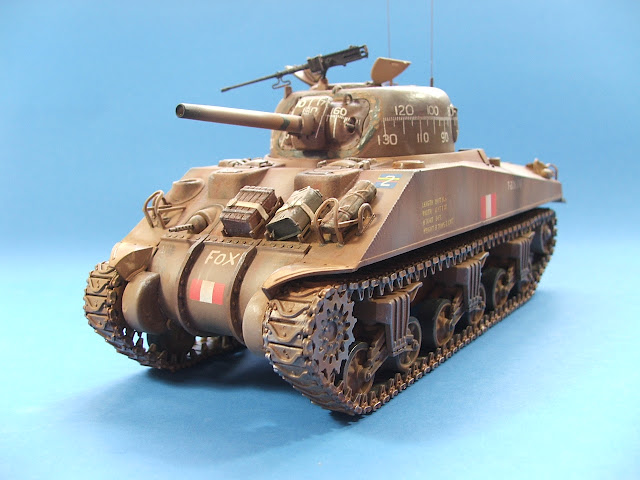 And I am very proud to mention that these models of Sherman and the Centaur were chosen as examples in the book Sherman Tanks - British Army and Royal Marines - Normandy Campaign 1944 - Dennis Olivier. (ISBN 1473885302) - TankCraft number 2 (pages 30-31). 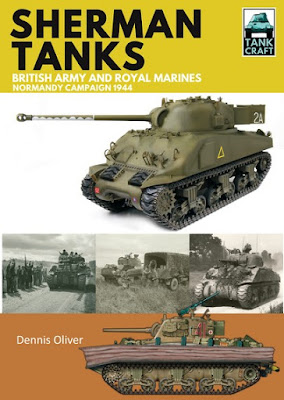 Thanks for following, Lads !!!