Well, after Christmas, taking advantage of the British tide!!

The kit:
I got this old kit from Accurate on eBay. my luck that I got for a bargain ...
The kit's box: multimedia kit, with resin, PE and white metal parts 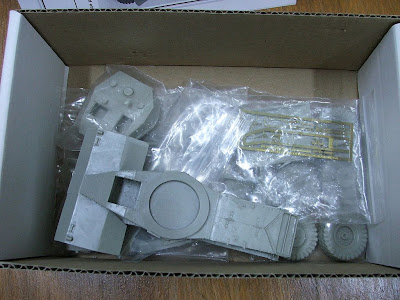 I started the building by the book, assembling the lower parts of the hull. To built the metal parts in the resin, I use the Panzerserra's mixing glue technic: First, I use superglue (cyanoacrylate) to stabilized the part (minimum drop only) in one little part of the surface to be glued. Around this area with cyanoacrylate, I apply epoxy glue (the fast version) without one contact to another. The principle is that cyanoacrylate glue stabilizes the part while the epoxy truly promotes adhesion. 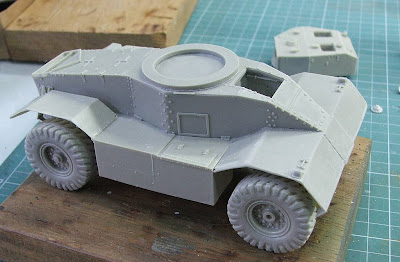 I hate turrets without movement...Not for play, but the turret with movement prevents gun damage....To turn my turret moveable, I built a small device to allow the rotation: plasticard and screw, glued in the hull's top.
Now, a little trick for the gun alignment: inserting a drill bit in the muzzle brake to align the gun barrel in horizontal...
The British Girls is almost ready... 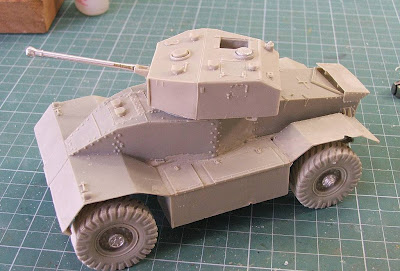 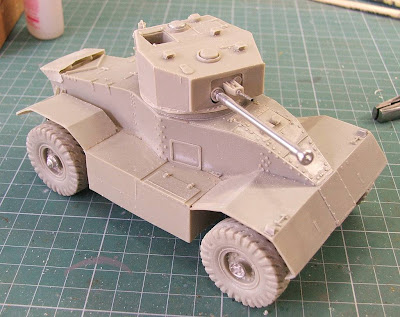 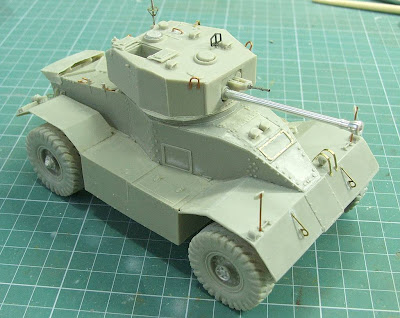 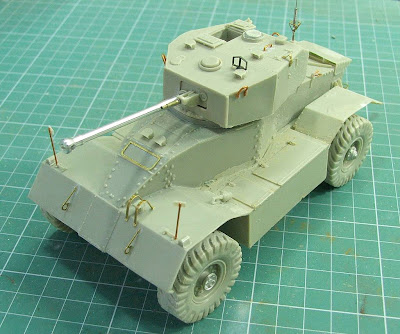 The aerial is an acupuncture needle.... 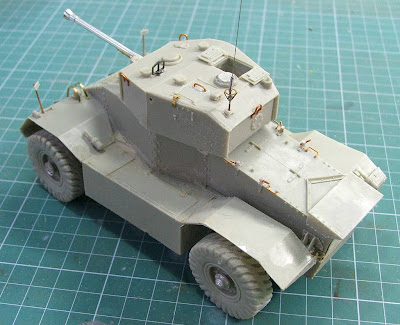 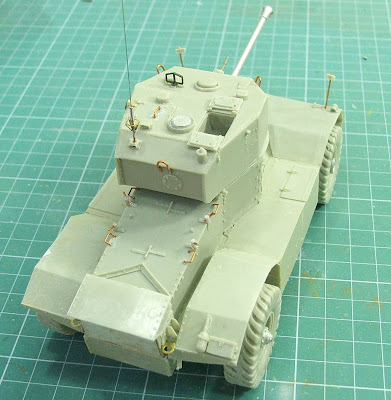 A size comparison with AEC Mk I:
White primer: 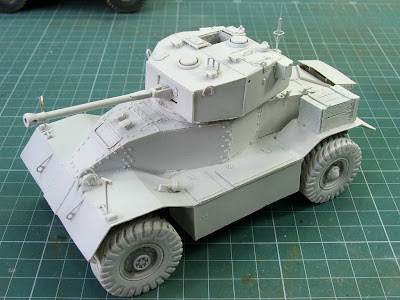 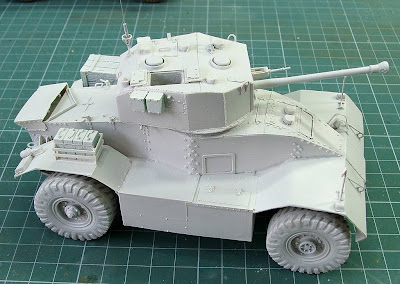 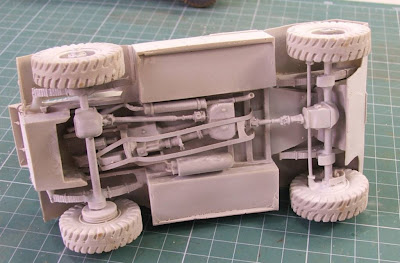 And another interesting pic: Notice the size of the armoured car, side by side with Sherman Mk V. The wheeled girl is very huge !!!
The kit does not come with decals. For my vehicle markings, I found this reference:
I made my own decals using a HP Laserjet Color and transparent decal papers:
But, first of all, let's to paint the girl...Green and tonal variations... 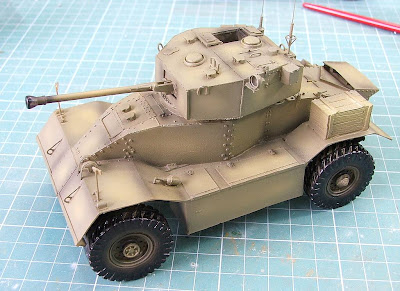 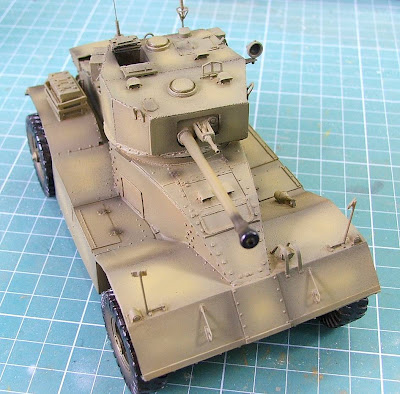 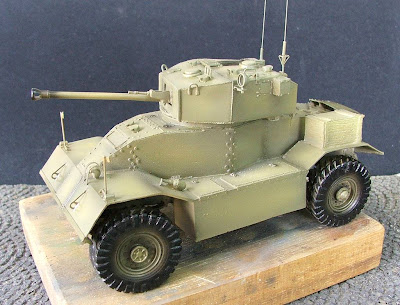 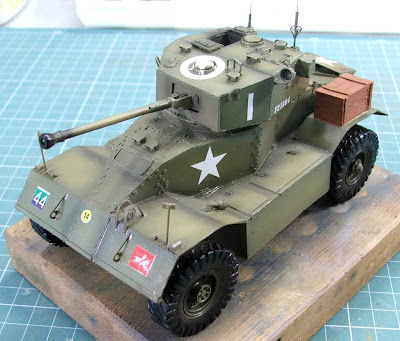 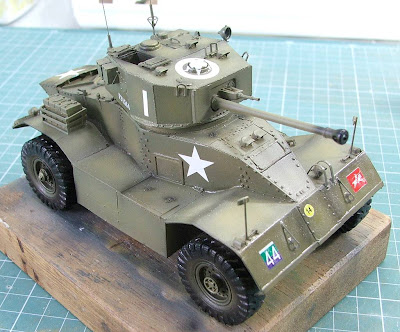 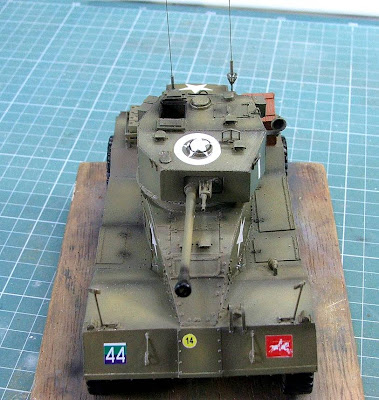 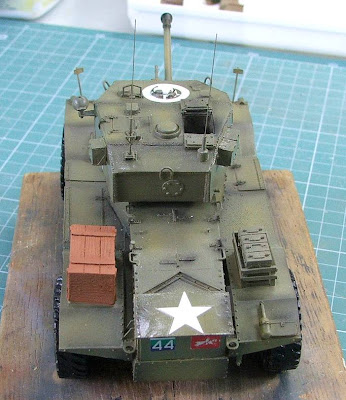 After the weathering, the AEC Mk III was ready for action. 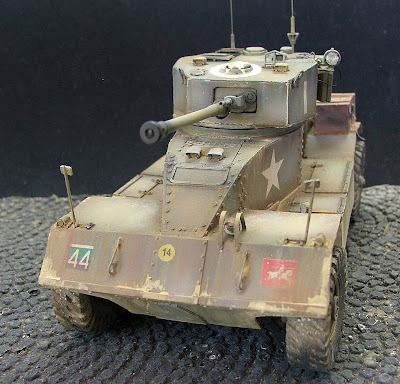 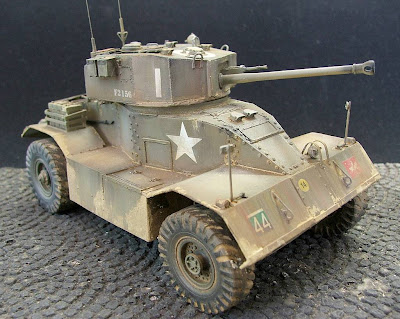 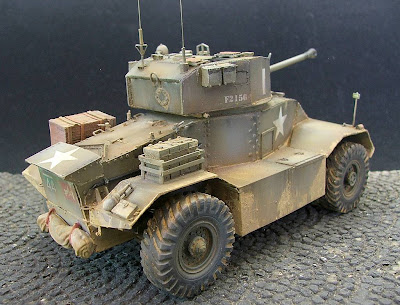 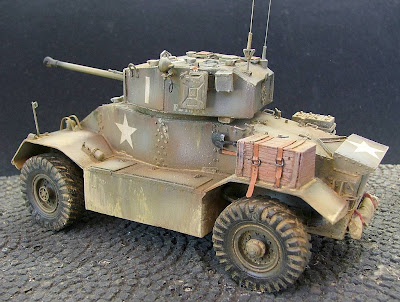 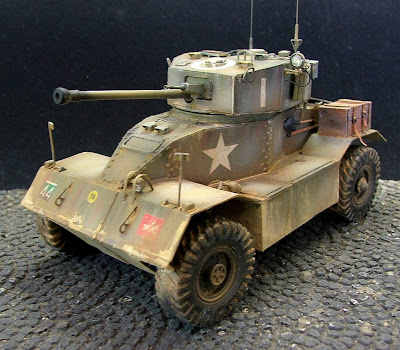 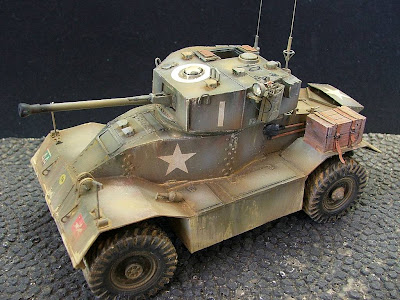 It's a shame that the big Companies do not inject these models in plastic...