Tankers!!
As you guys have noticed, I love rare and real things. One of my greatest joys is to find a photo of a vehicle with unique characteristics to try to reproduce in scale.
And this new project fits well within this profile ...
This original photo shows a Sdkfz 251 Ausf D with a french turret APX, from the Renault R-35 light tank, in Free French hands. Notice the typical German 3 shades camouflage, with the Balkan cross semi-erased on the sides.
The pic not show the type of gun, but the commander cupola is in German standard, ie, with "cut" on its top. The turret seems to be in panzer-gray. This detail, plus the cut in the top of the commander´s cupola, suggest that was part of an R-35 captured or was part of one of the bunkers that used obsolete tanks turrets as "strong points". 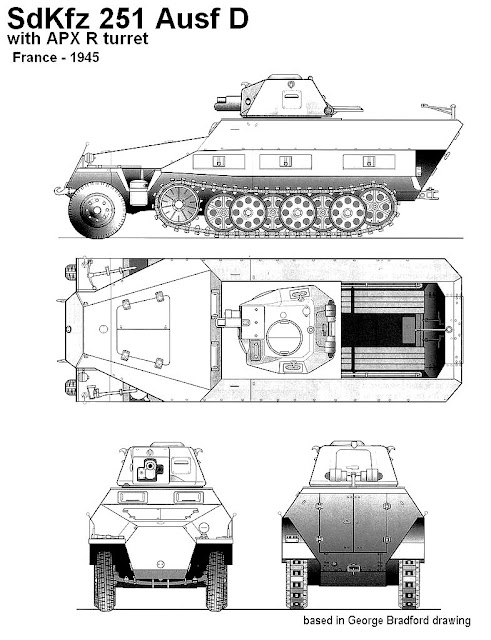 A color profile:
I´ll use this models: The SdKfz Ausf D Falke (without IR device, of course...), from AFV
And the APX turret from this kit:
I will not "sacrifice" the Renault´s kit . I'll use the turret's left of this project: Renault R-35 with T-26 turret:

But, returning to the project, begining the building ...
I continued the project in this weekend. Building the interior... 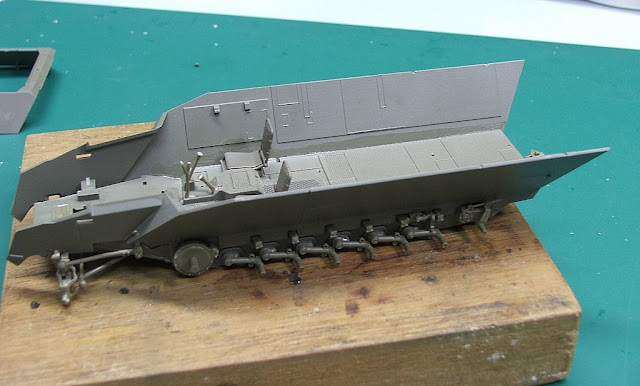 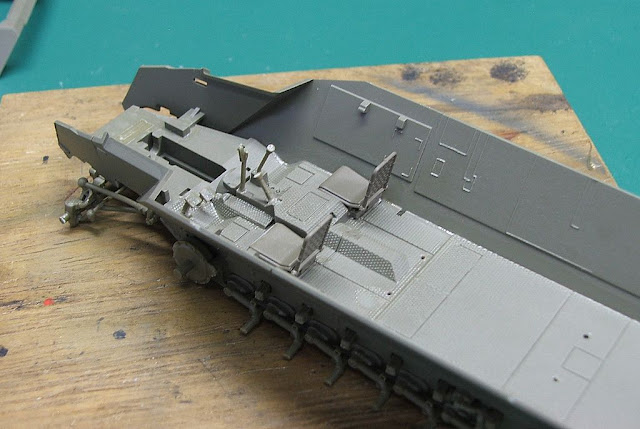 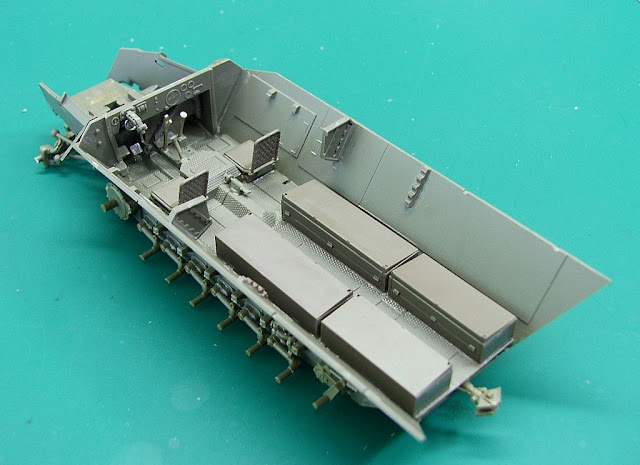 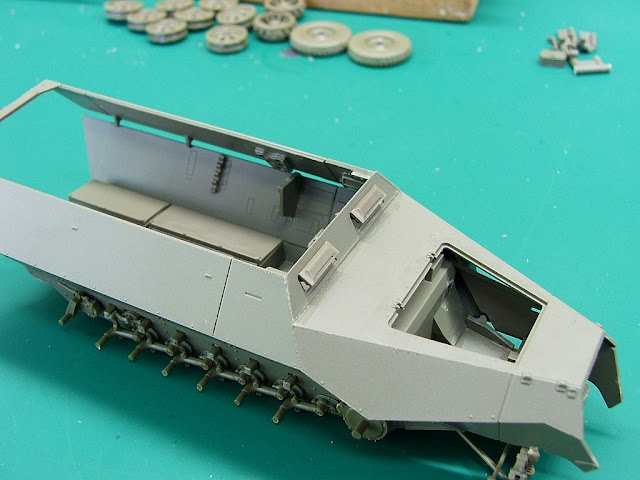 To do the turret´s deck, I print the blueprint in scale. I copied the image to Corel-draw and extended the pic to fit in scale.
I used an 1mm thick plasticard to do the turret deck. The ring of turret was cutted from an old Heller´s scrap hull. 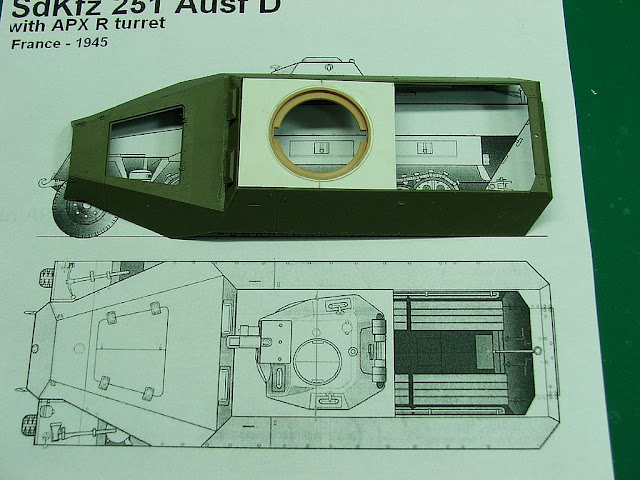 The Renault turret, with commander's cupola cutted as a German standard. 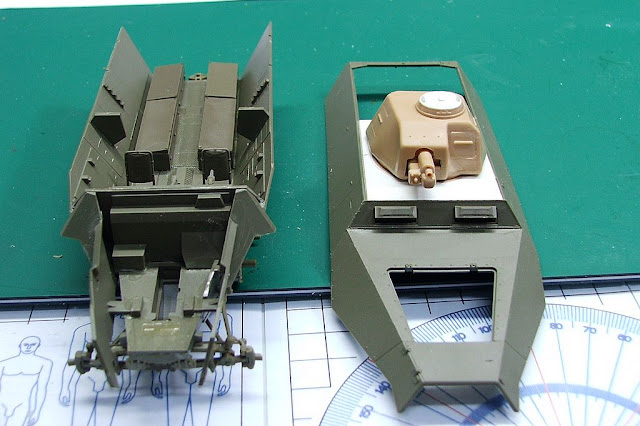 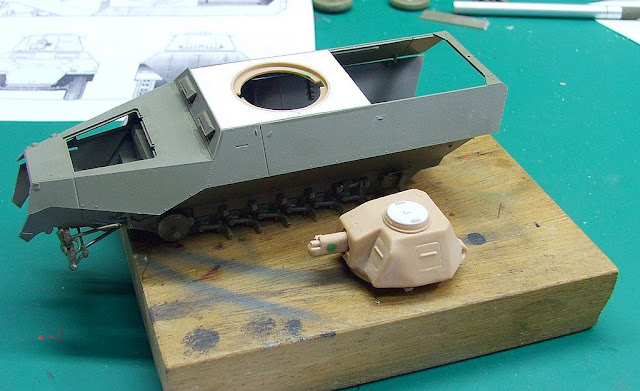 Assef, a great friend and excellent military modeler, asked me if the turret would move or not. Good question, Assef...
I have been searching on the subject and found that APX turrets had manual movement via a simple crank mechanism. 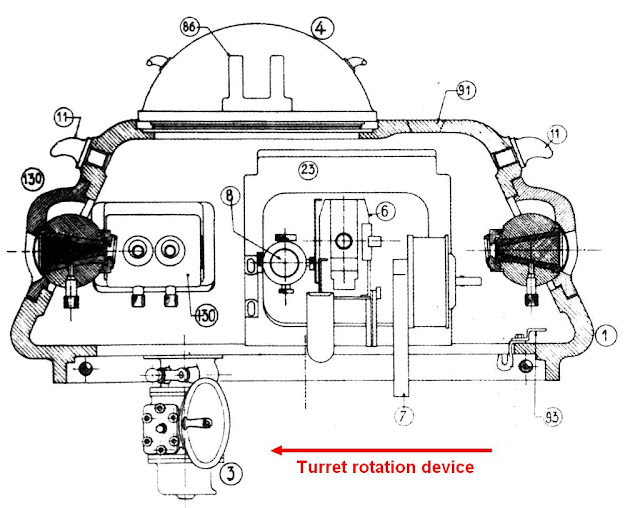 And I think anyone who has done this conversion (German or French), must have been based on the technology of construction of these turrets on bunkers, for the simplicity of the thing... Leveraging, I researched about APX turrets mounted bunkers and found numerous examples used in Coastal Defense of France (Atlantic Wall). The installation of these turrets was something very simple ... 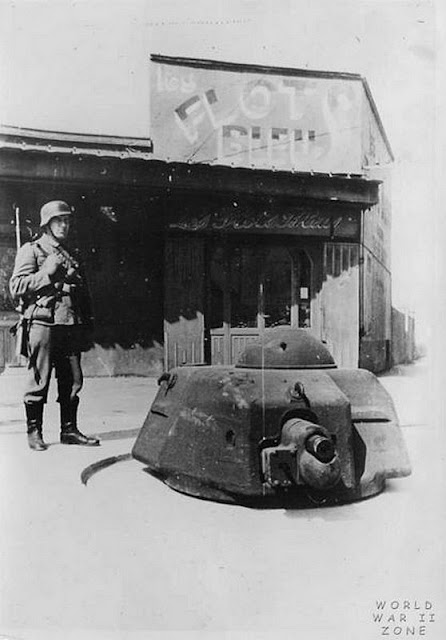 It was enough to manufacture a simple circular steel ring for the turret stand on this circumference and keep moving.
There is much speculation whether this Sdkfz 251 turret has movement or not. After what I've researched, I think maintaining the movement in this type of turret was something simple. And I think having all this work to install the turret on the vehicle and leave it fixed would be an anachronism ...
My two cents, Assef !  Big hug and take care !!!

After our "technical" chat about the ability to spin the turret of this beauty, let us return to building of this vehicle.
I did the structural reinforcements of the upper-deck with Plastruct type train rail, like those found in the beach obstacles. Here, it is time for some creative freedom ... I'm putting in place the people who built this little beauty .....
While the weld dried in the reinforcement rails, I made some improvements in the APX turret: Notice the axis of gun´s rotation and a sort of micro-hatch in the roof of the turret:
Does anyone know what is the micro-hatch??
At this stage of building something happened extremely embarrassing...I like to go a few steps ahead, while others are drying. As the turret was finished, I decided to glue the engine doors on the nose of the vehicle.  I took the two engine covers parts and that's when I realized that I had used the upper hull of the late model of Sdkfz 251 (the Ausf 251/22) to make all adjustments to the upper-deck.  I took the upper deck of the Sdkfz 251/22 and not the Sdkfz 251/1.
The engine cover of the 251/22 is single, with two hinges at the top of the engine aperture and the 251/1 are two, with the hinges (4) in the sides... 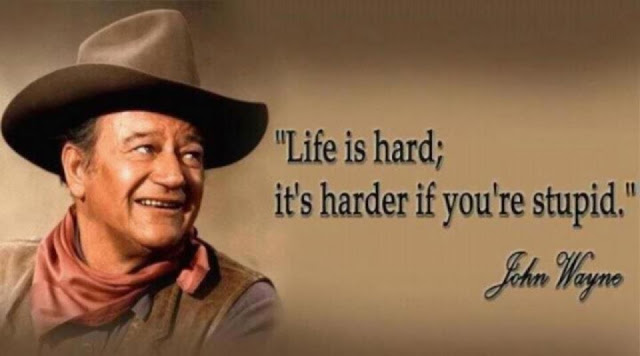 Well .. no use crying ... The option is fix that mess!! . I opted to exchange the snouts by surgery. Here's how was the thing after the cuts...
The early snout in the adapted hull:
...and correcting the error: The "virgin" hull (for future projects...) with his late nose corrected!
After that little scare, nothing like continue the building for relax a bit. Painting the inside so we could close the hull of the girl: 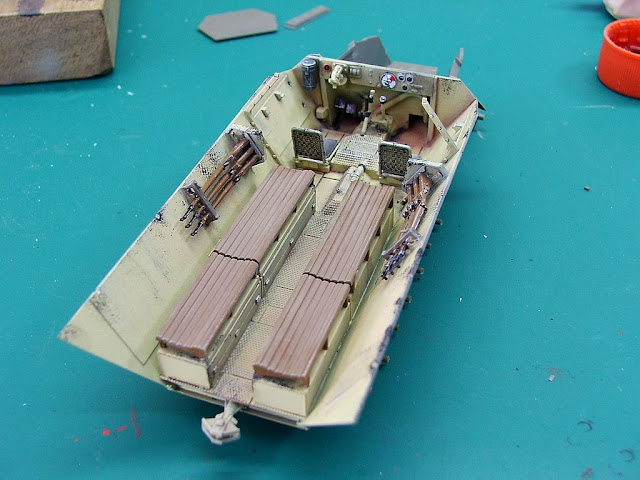 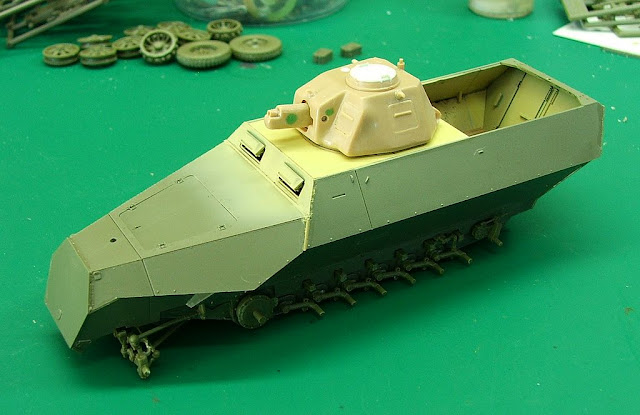 Primer time:
Yellow base color applied:
...and the cammo. Sorry about color distortion: I finished this painting at night. The gray shades are really, in green....
Future to prevent silvering:
Yesterday, I built the front wheels and the rear suspension. Thereafter, I applied the decals and sealed everything with Future: 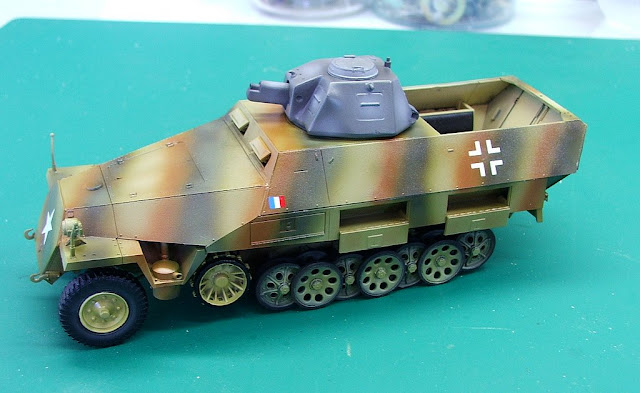 For the link-by-link tracks, I used two pieces of balsa wood, for the perfect alignment of the links: 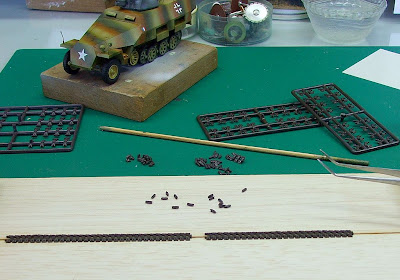 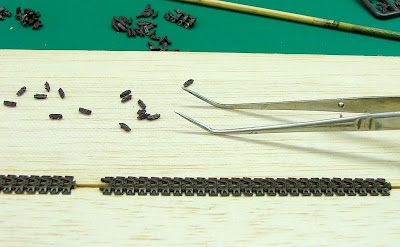 The SdKfz 251/1 Ausf D with APX turret is done. This project was very pleasant to built and the AFV kit is a candy. 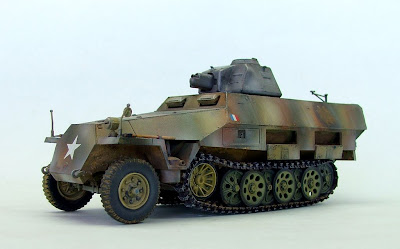 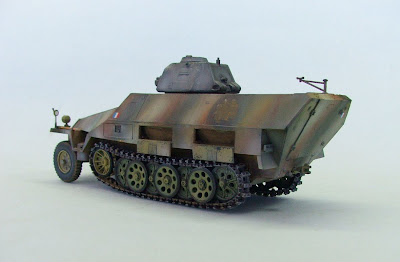 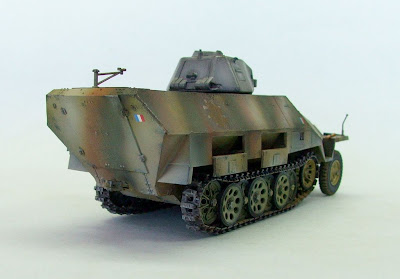 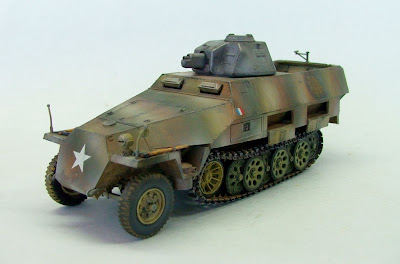 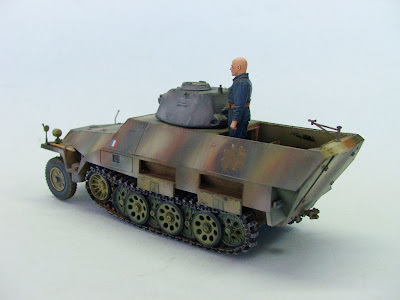 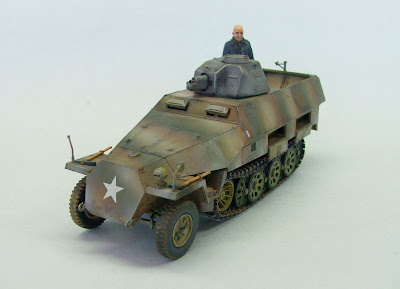