This project is a commission, for a good friend. He wants a Mercedes towing a piece of artillery. My intention will be to use a Pak 40 - 75mm AT gun, but let's see how things unfold. With you, the Mercedes-Benz L1500A 4x4 Heavy Staff Car - Kfz. 70. 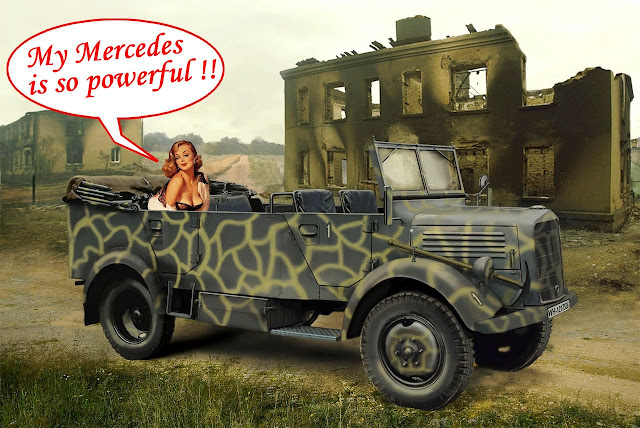 The Mercedes-Benz L1500 (A:4x2 and S:4x4) was a light truck of the Mercedes-Benz brand , which Daimler-Benz AG, developed in 1941.
The Kfz 70 MB L1500A 4×4 and L1500S 4×2 heavy cars were derived from this light truck and classified same as Steyr 1500 and Horch typ.
The basic type of body became Kfz.70, designed for transporting of 7 person. For bad weather condition the car was equipped with retractable top and canvas panel, which could be settled on doors and sides. Trucks Mercedes-Benz L 1500A Kfz. 70 were widely used, frequently as heavy staff cars.
Also different versions were based on MB L1500A 4x4 and MB L1500S 4x2 chassis, particularly fire trucks (4x2) , radio cars (4x2 and 4x4) and ambulances (4x2 and 4x4). More often for radio cars and ambulances were used the 4×2 version.
The MB L1500A 4x4 trucks were produced from June of 1941 to July 1943, when were produced 4900 vehicles. The production of MB L1500S 4x2 also started in June of 1941, but was continued till July of 1944 and were produced 4100 trucks.
The MB L1500S was a two-axle truck. It is built on a ladder frame. The engine is the R6 gasoline engine Mercedes-Benz M 159 with carburetor, which makes 60 hp (44 kW) at 3.000 rpm with 2.594cc displacement. The power is transmitted via a manual four-speed gearbox. The wheels with size 190-20 tires have drum brakes. The four-wheel model L1500A is different from L1500S by a driven front axle, a transfer case with low range gearing, a greater ground clearance and wider tires. In this version, the payload was increased by 180 kg. 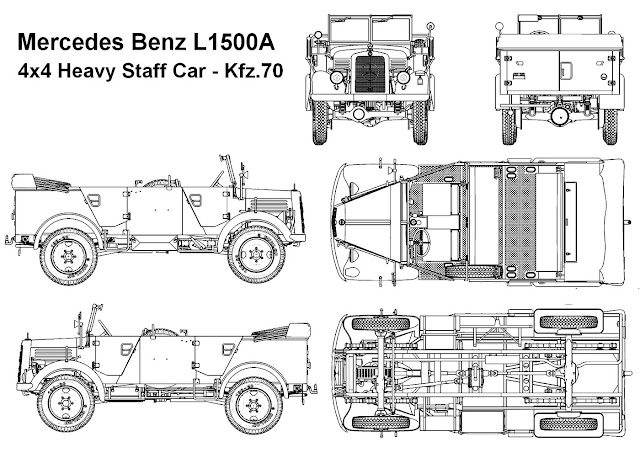 For this adventure, I'll use the ICM kit (# 35525) L1500A (Kfz.70) WWII German Personnel Car.
The kit is very simple, with delicate and well injected parts. Comes with a small sheet of decals and no PE or other fashion accessories. A Spartan kit, but it sounds pretty honest to me ...
Starting by the chassi, here I decided to take a different approach following in the assembly instructions: the booklet shows suspensions and accessories assembled on the chassis stringers before building the main frame of the chassis. This allows for misalignments and bends in the positioning of the parts. I decided to build the main frame of the chassis first and then add the details ...

Here an ICM error: the drive shaft does not pass through the chassis hole. I decided to cut one of the connections to allow insertion of the shaft in its correct place. 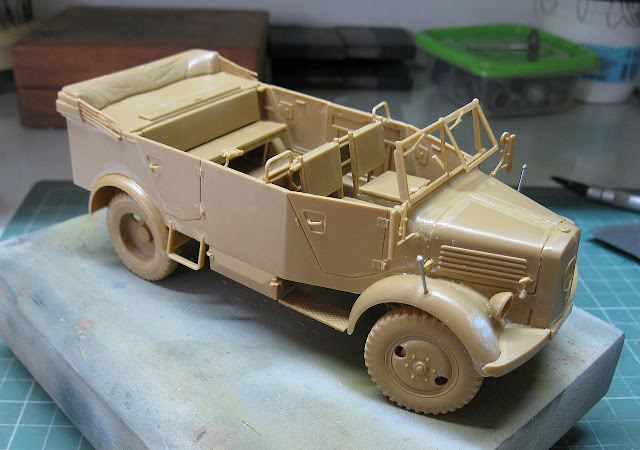 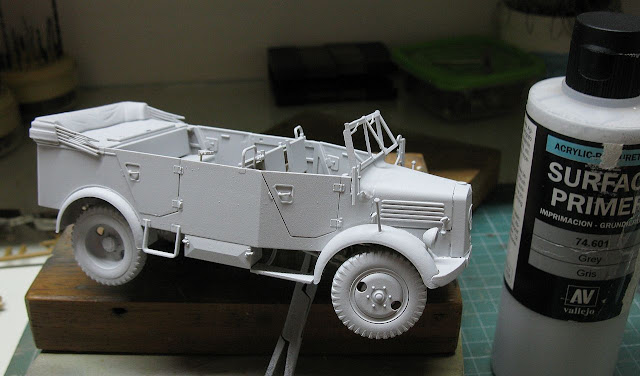 My friend request his girl with winter cammo. After some research, I decided to locate my Mercedes-Benz in Russia, in the Rzhev area, in December of 1942. In the Lutschessa Valley, there was a battle with great losses for the Germans, in which the Grossdeutschland Division was almost annihilated... Below, my suggestion of markings, based on historical events: 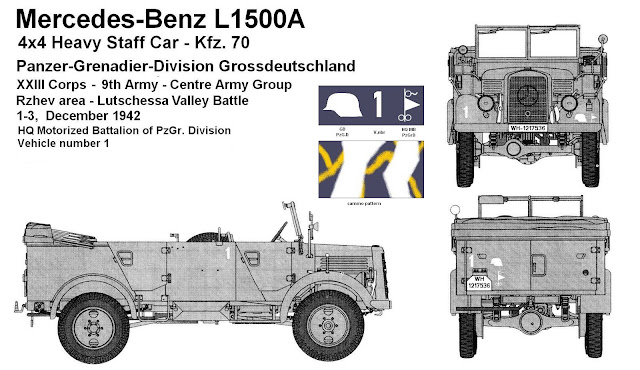 First of all, panzer-gray, with ups and lows tones... 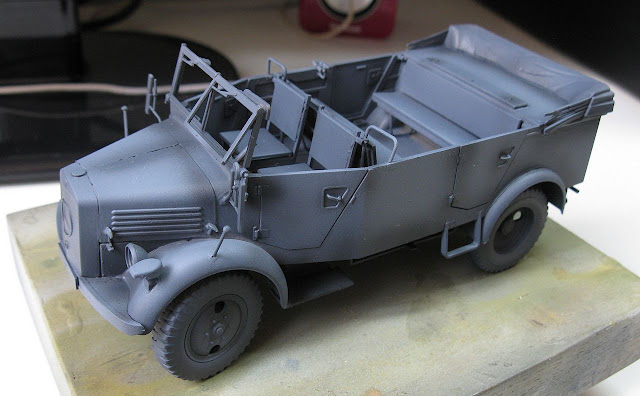 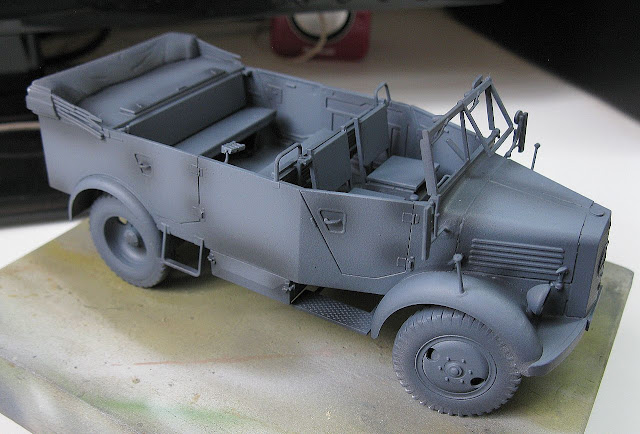 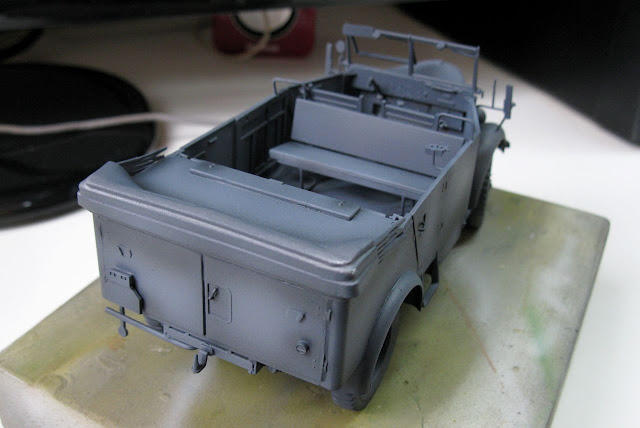 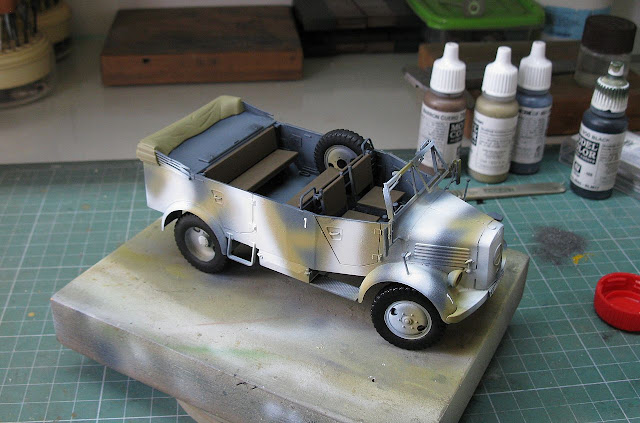 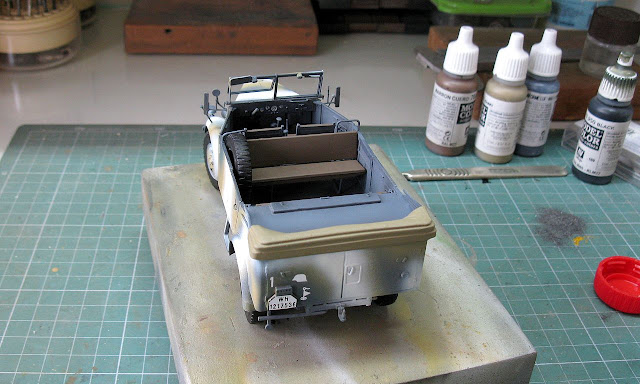 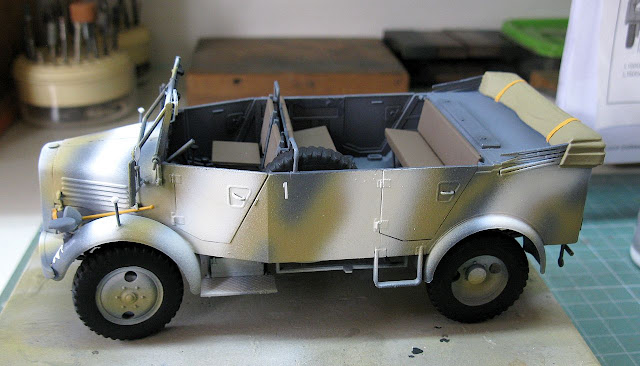 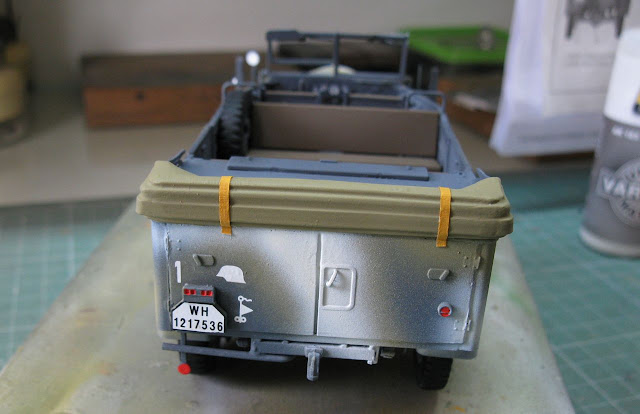 Now, it's time of Weathering,  to "reduce" the effect of the "scandalous" cammo a little !!! 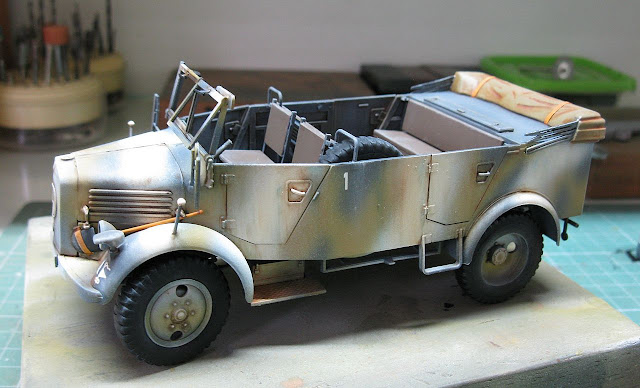 Some accessories to increase the kit: 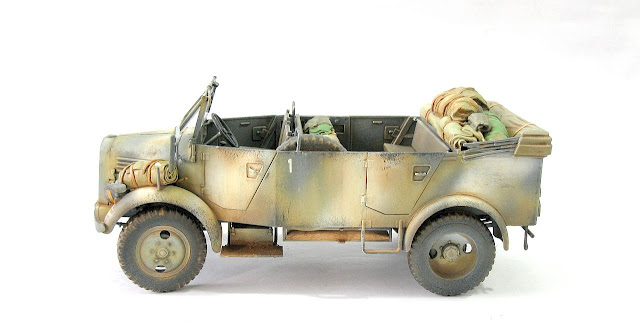 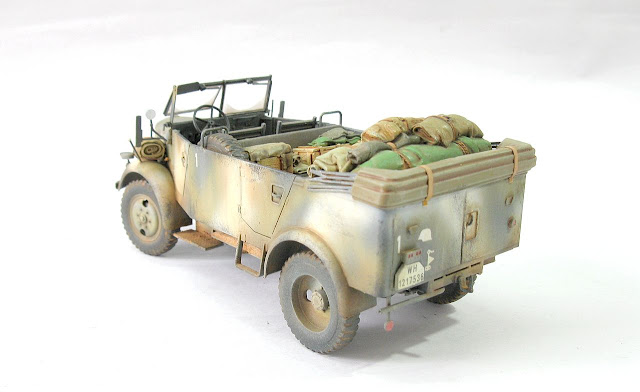 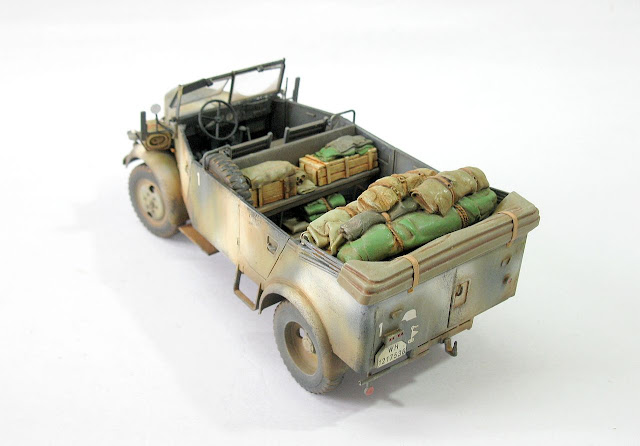 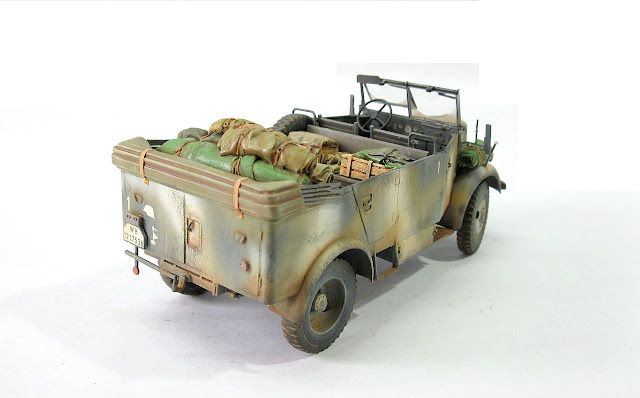 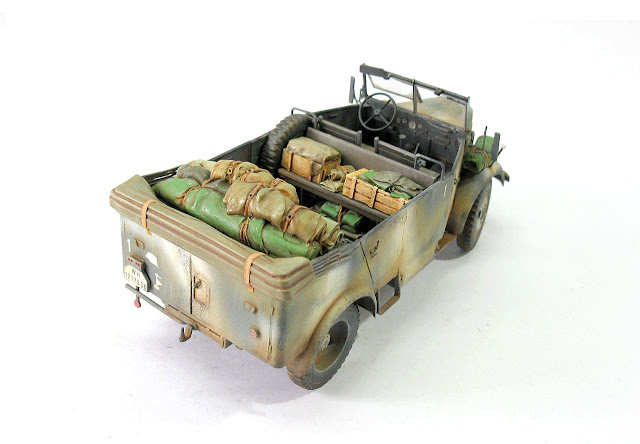 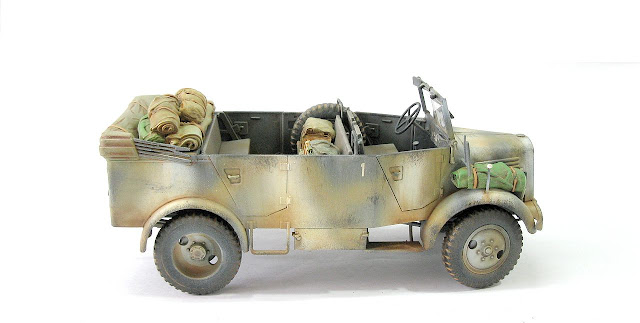