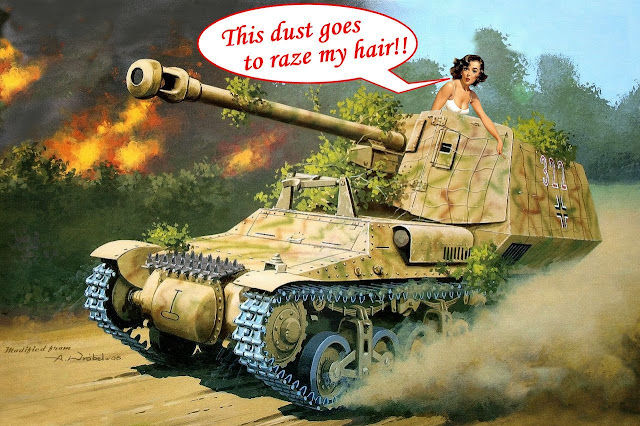 History:
The Marder I "Marten" (Sd.Kfz. 135) was a German World War II tank destroyer, armed with a 75 mm PaK-40 anti-tank gun. Most Marder Is were built on the base of the Tracteur Blindé 37L Lorraine, a French artillery tractor/armoured personnel carrier of which the Germans had acquired more than three hundred after the Fall of France in 1940.
From the early stages of Operation Barbarossa the Wehrmacht became aware that their ability to combat some of the Soviet tanks was inadequate. The lighter tanks then in general service, such as the Panzer II and the Czech built 38(t), were under-armoured and did not mount an adequate gun to deal with the newer Soviet tanks.


In addition, the standard towed anti-tank gun of the Wehrmacht, the 37 mm Pak 36, was both difficult to get into position quickly and lacked the ability to penetrate the heavy sloped armour of the new Soviet tanks.
What was needed was a more powerful anti-tank gun that was mobile. The Germans possessed such a gun in the 75 mm PaK 40.
They also had come into possession of a large number of captured Soviet 76 mm F-22 Model 1936 L/55 divisional field guns.
The Germans had experience in taking the chassis of an under-gunned tank to provide mobility to a heavier gun. The Panzerjäger I is such an example, where the turret of light Panzer I, armed with 2 MG34 with 7.7mm was removed for an open conversion to allow the gunners the necessary room to operate the gun, in this case, a powerful 47mm Czech gun.

With the shock of having units overrun by new Soviet T-34s and KV-1s, the need for a heavier-gunned German tank became urgent.
As an interim solution, it was decided to use captured French vehicles such as the Lorraine, and less effective Wehrmacht tanks such as the Panzer II and 38(t) as the basis for makeshift tank destroyers. The result was the Marder series, comprising the Marder I, Marder II, and Marder III respectively.
These vehicles provided mobility to either the captured Soviet 7.62 cm Pak 36(r) gun or in later versions the German 75 mm PaK 40 anti-tank gun. Due to the weight and space constraints of the small chassis, the Marder series were not fully armored.
Thin upper armor protection was provided only for the front and sides against shrapnel and small arms only. All Marder series had open tops. Some were issued with canvas covers to protect the crew from the elements. The Marder series were not a proper tank destroyer that could exchange fire with enemy tanks. 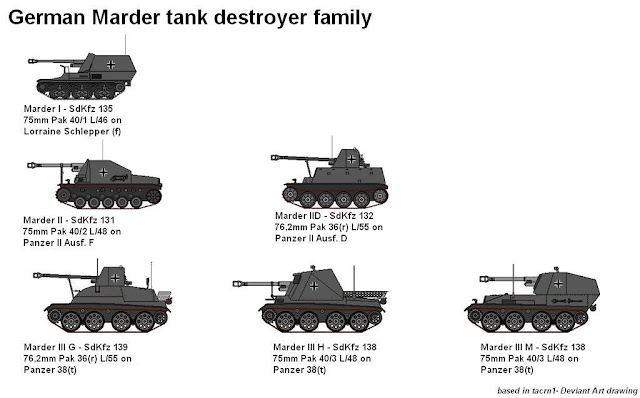 The Marder I was developed in May 1942 by Major Alfred Becker. It carried the early 75 mm PaK 40/1 L/46 anti-tank gun on a Lorraine chassis. As the gun was relatively large, the original crew compartment superstructure was removed to create the space needed to work the gun. This was done at Baustokommando Becker. The gun was then mounted atop the chassis. Alkett, working in conjunction with Becker, produced the angled armour shielding for the crew compartment. The shielding was relatively light, and was open from above.
The shielding provided the crew with protection from blast and small arms fire, but was not intended to stop armour piercing rounds. The vehicle's primary function was to provide mobility to the anti-tank gun. It was not intended as a replacement for a tank.

Between July and August 1942, 170 Marder I's were built on the Lorraine chassis. Later, several other French and Polish tanks were used as the conversion base for other tank destroyers, including the french  light tanks Hotchkiss H39 and FCM 36.

These conversions were also completed at Baustokommando Becker, though fewer of these were built. The Marder Is initially served in infantry divisions on the Eastern Front and met with good success. They later made up a significant component of the armoured fighting vehicles of the reformed 21st Panzer Division in Normandy. 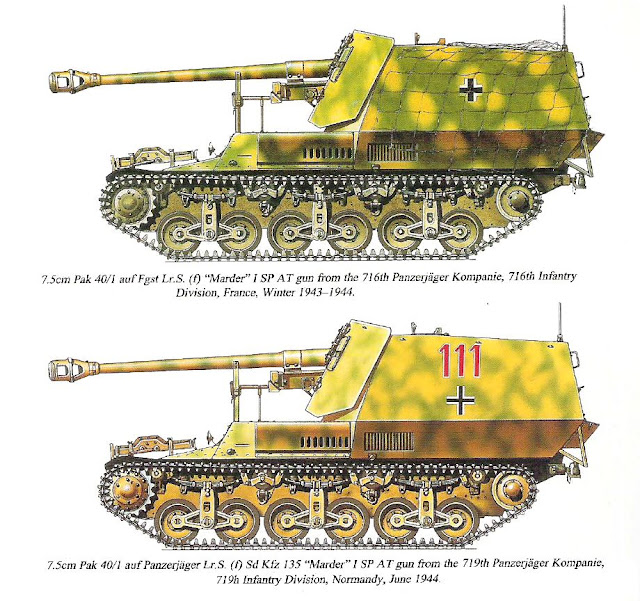 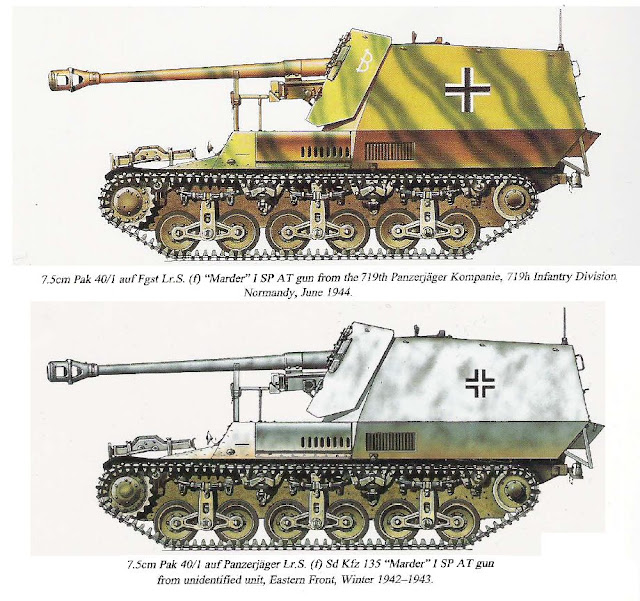 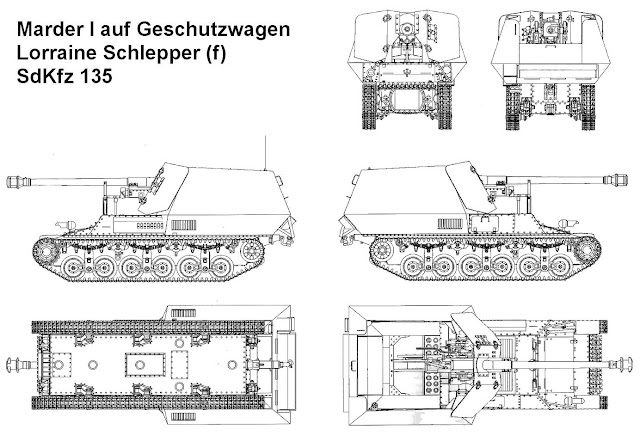 The kit:
In those old and arduous times (90's) , there were no options of this beauty in injected styrene. I bought this precious in resin (eBay) when resin kits were cheap at auctions. Have you seen anything like this ???

I remember that kit was all in resin but I used an old Tamiya's 7,5 cm AT gun Pak 40/1 L46 kit (#47) to complete the project.
But in those dark times, I didn't have a digital camera and I don't have the pics of model building, unfortunately...It's a pity!!!

Just the photos of the model built and painted, but that went unmarked. For many years on my shelf ... like a true Shelf Queen!!
And the Marder I auf Geschutzwagen Lorraine Schlepper (f) - SdKfz 135  "Schönheit" (Beauty) ready for action!!  21st Panzer Division - Normandy, France - June 1944. 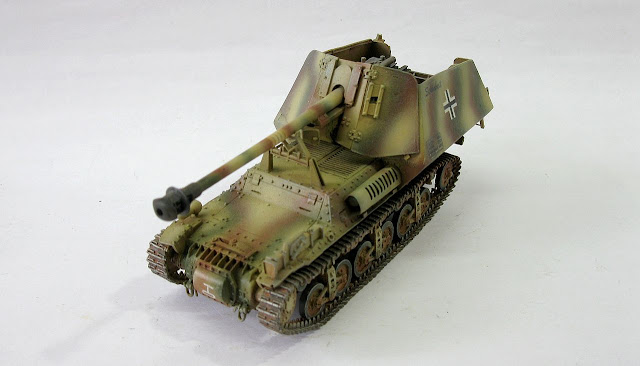 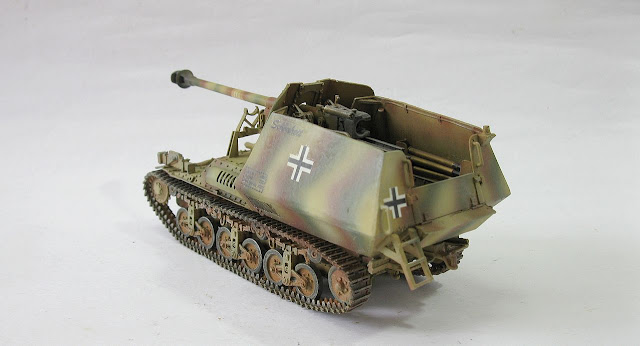 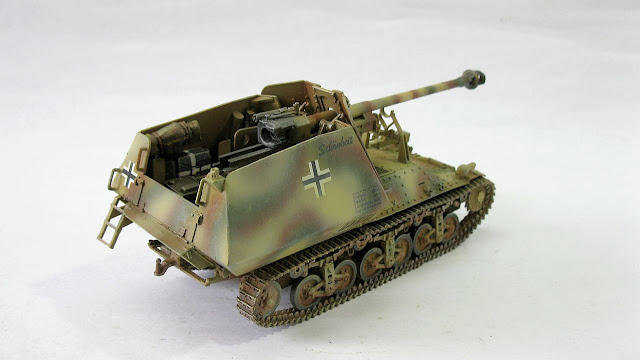 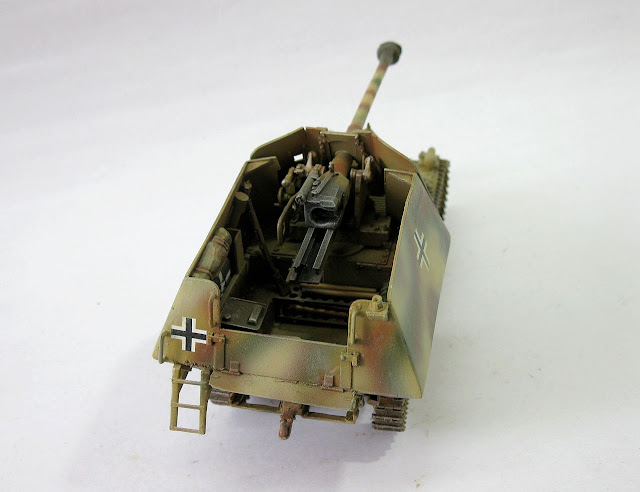 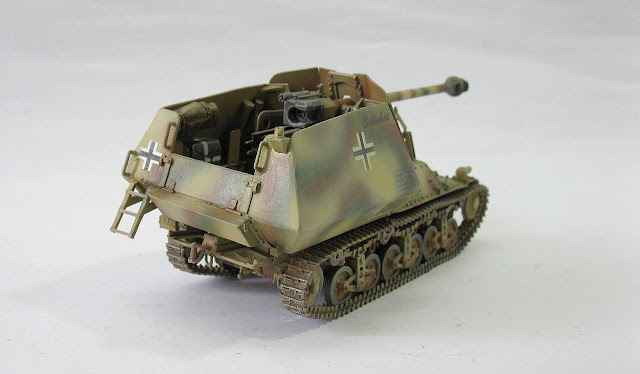 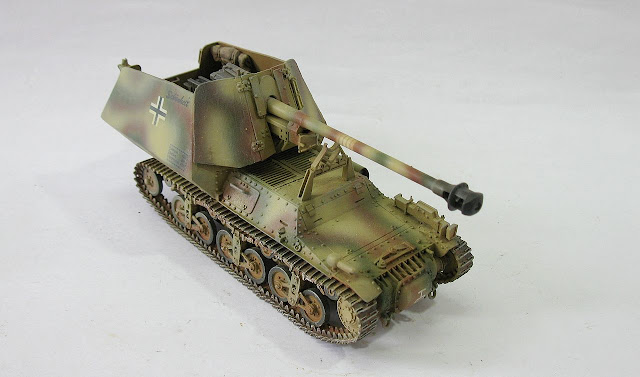 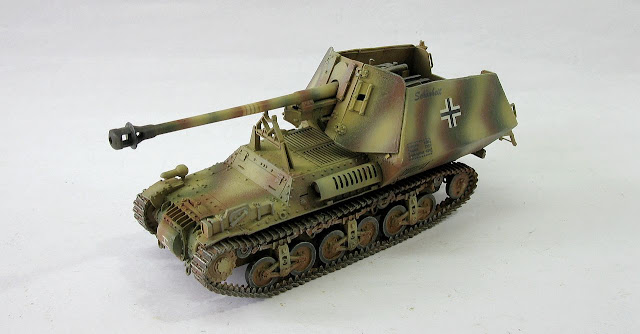 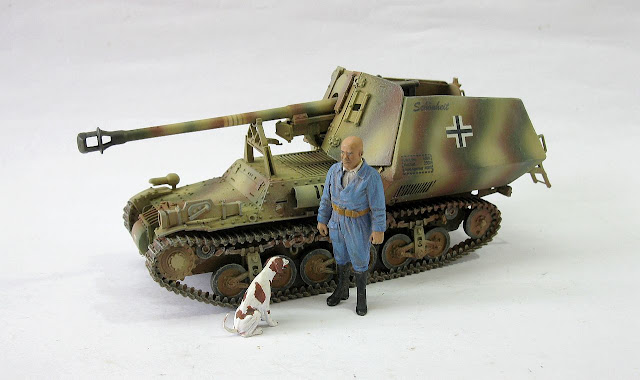