Today's theme is about one of the most famous workhorses of the Allied transport trucks. Let's talk about the Bedford QL 4x4, especially the wireless version, Bedford QLR 4x4 wireless. 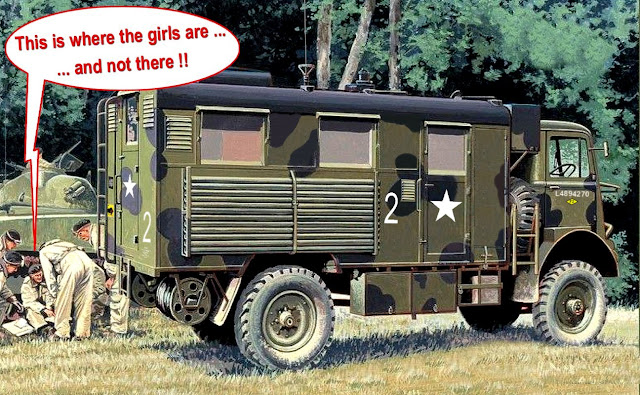 History:
The Bedford QL was a series of trucks, manufactured by Bedford Vehicles for use by the British Armed Forces in the Second World War. 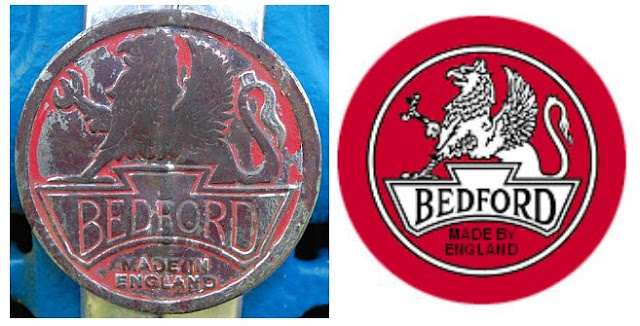 Although Bedford Vehicles only started producing utility vehicles under its own brand in 1931 and did not supply its first military vehicle until 1936, this company was probably the most important manufacturer of military trucks in Britain during World War II, reaching wartime production numbers of more than 250,000 vehicles.
The early Bedford models included the 2-ton WHG and WLG, and the 30 cwt WS; all were fitted with a Chevrolet cab, and were powered by a six-cylinder petrol engine producing 64 hp from a capacity of 3.178cc. Examples of all of these, as well as the later WT model, were supplied to the British Army.

In 1936, Bedford entered a 12-cwt van and a 2-ton truck for military trials, both being lightly-militarised commercial vehicles, the former acquitting itself well.
The following year, the company entered a square-nosed 15-cwt 4x2 truck for the same trials, which had been assembled largely from off-the shelf components; in 1938, the same vehicle was trialled again, but now fitted with Bedford's new 3,519cc 72bhp engine. In 1939, this truck went into production as the MW, with a total of almost 66,000 eventually constructed.
It was also in 1939 that the company announced a completely new range of restyled, and more powerful, civilian trucks, including the K, M and 0 Series, all of which used the new 3,519cc engine. The 0 Series was eventually adapted for military service as the 30-cwt OX (short wheelbase), a version of which was also produced for use as a tractor for semi-trailers, and the 3-ton OY (long wheelbase), of which some 72,385 examples were constructed.

In 1941, Bedford produced its first all-wheel drive truck, in the form of the forward-control QL. A pilot model was ready in February 1940 and quantity production started in March 1941. 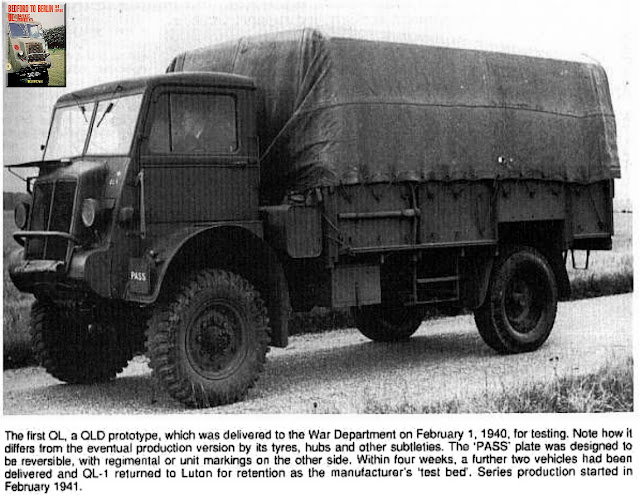 The Bedford QL was in production from 1941 until 1945; some 52 250 were made. In addition to the most common GS cargo truck (QLD) there were several derivatives, e g. the QLC chassis/cab (for bodywork by outside contractors, including refuellers and tractors for semi-trailers), the QLB Bofors gun tractor, QLR signals vehicles, QLT troop carrier and QLW airportable tipper QLB and QLW had a 5-ton winch. QL-series trucks were used by all services for many years and a fair number have been preserved in Museums and in private hands.
Variants: 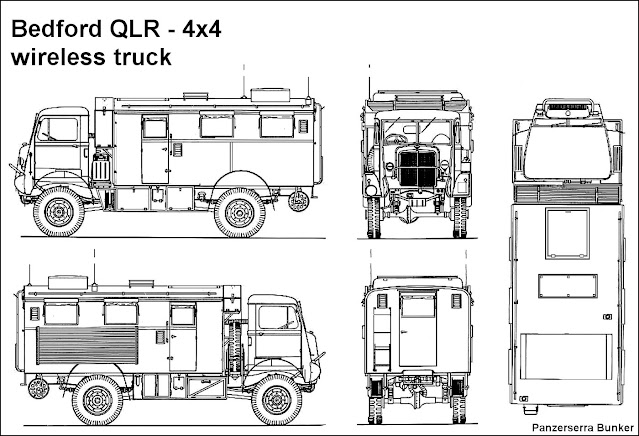 The kit:
Today, we live very happy days in relation to scale models. Several manufacturers strive to produce varied models, with companies diversifying their production lines and presenting numerous alternatives, like this Bedford QLR from IBG (even with details of the interior ...).
But in the dark-ages of 2005, when I built this project, the only Bedford on the market on a 1/35 scale, was the old Bedford gun portée, from Peerless/Italeri / Revell.
If you wanted to make a Bedford QLR back in the 2005, or you bought the complete kit in resin (and it was, as always, very expensive: a cornea and a kidney ...) manufactured by Plus Models or Resicast...
...or you would have to build the Portée version, find a closed cabin in the accessories market and execute the entire shelter area in scratch ...
And that's what I did...
Sorry for the quality of the photos.
My digital camera was really very primitive, in those Dark Ages ...
And unfortunately I missed some images from the initial steps.
For the construction of the shelter, the first thing I did was to print the profile in 3 views on a 1/35 scale. With this, I was able to glue the profiles drawn directly on the plasticard board with PVA glue, for the necessary cuts ...
Cutting the front and rear walls. The screws keep the parts together and, with that, they are identical after cutting. I use the same system for the side walls: maintaining symmetry is very important to avoid twisting the construction of the shelter.


The spare wheel rack was made with plasticards ant tons of patient... This is the drawing of all the ting!! 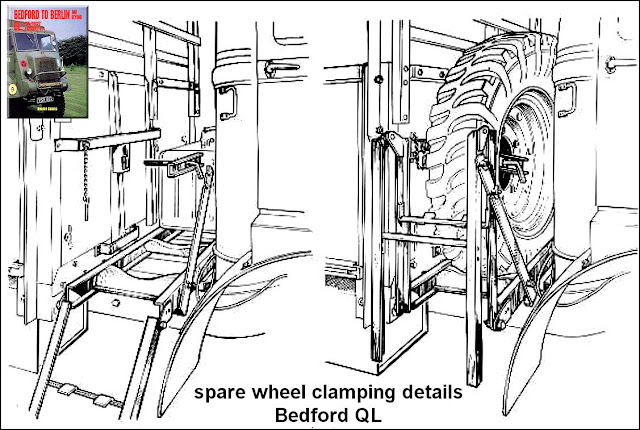 These trucks generally had awnings on the sides, for the comfort of their crew. I made two rolls of awnings using the well-known tracing-paper technique ... Glue the edge of the paper to the copper wire and let it dry for a while. You will fold and roll the paper in this support:

For this project, I chose the following markings, on a "Mickey-Mouse" type camouflage: Bedford QLR 4x4 wireless truck number 2, belonged to Divisional Headquarters of 11th Armoured Division (part of VIII British Army Corps), in the battles of Operation Epsom, in department of Calvados, Normandy - France, in 27 June 1944. 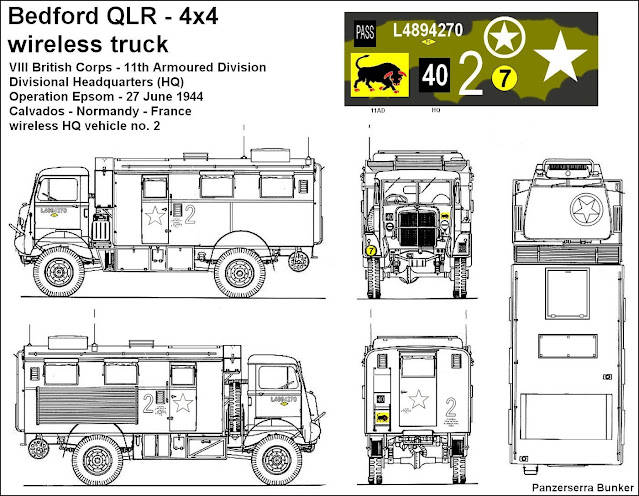 Unfortunately, I missed the photos of the initial stages of painting, but I remade the photos of the final result of the work. This is my Bedford QLR 4x4 wireless truck number 2, belonged to Divisional Headquarters of 11th Armoured Division (part of VIII British Army Corps), in the battles of Operation Epsom, in department of Calvados, Normandy - France, in 27 June 1944. 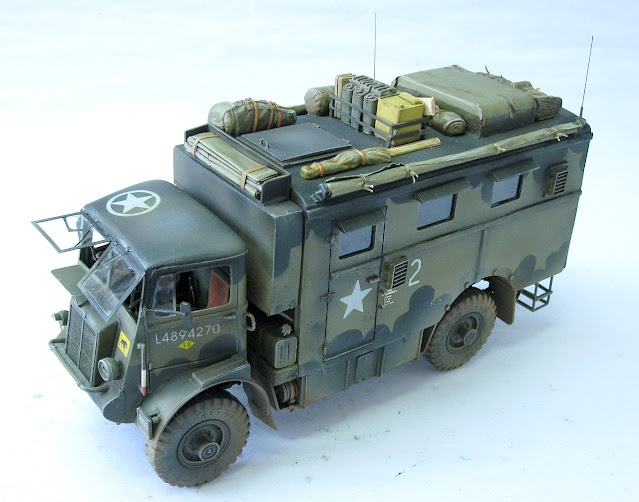 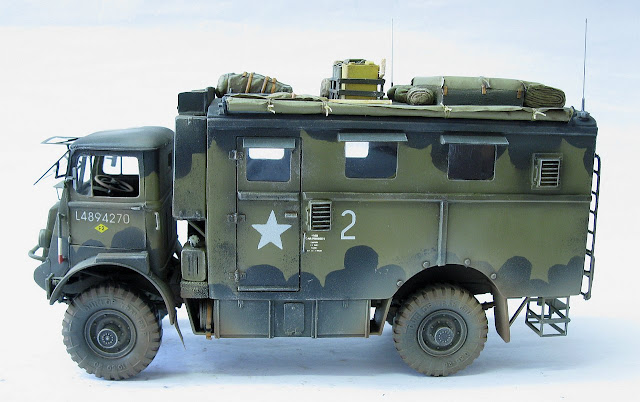 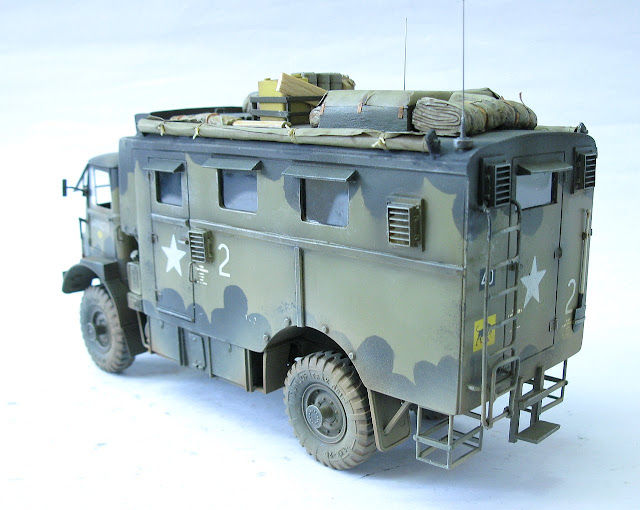 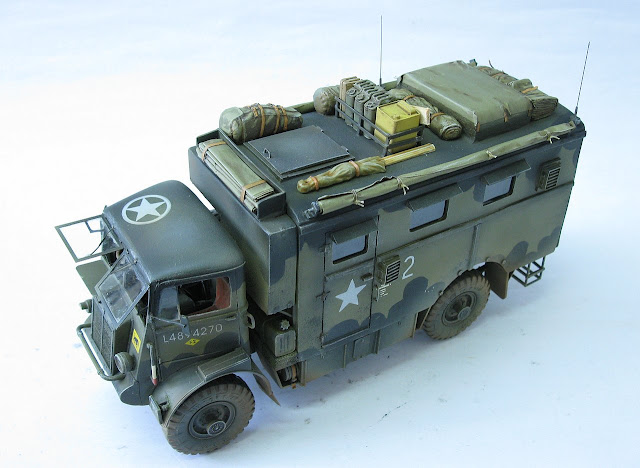 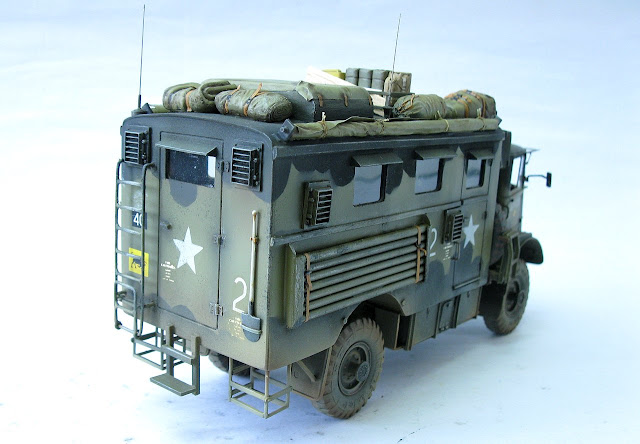 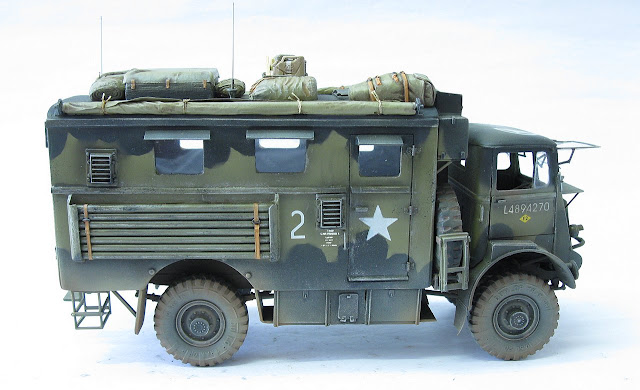 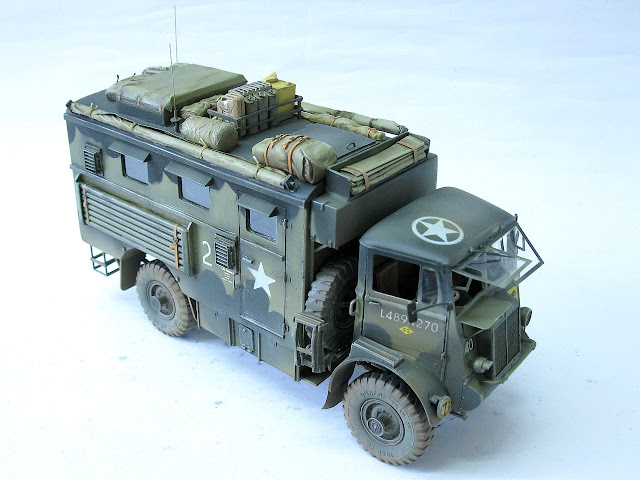 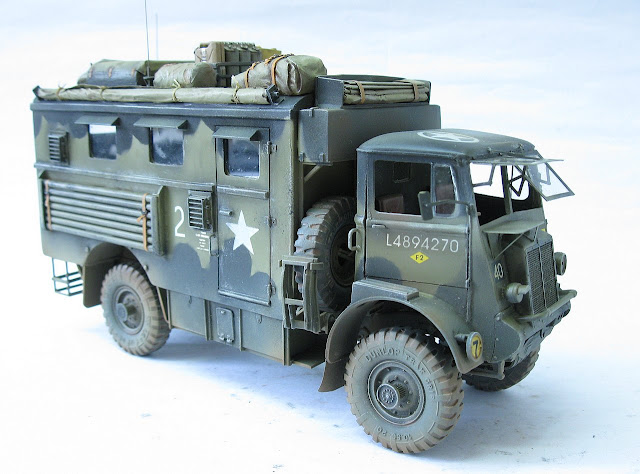