Lads...
Time for another kit....and again, another British Girl. 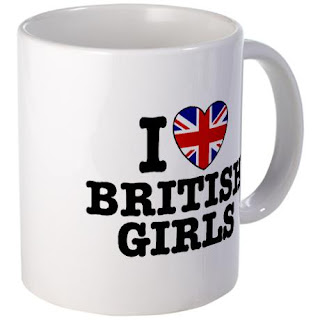 I´ll introduce to you the amazing Churchill Mk IV NA 75. I built this beast in 2009, but she's still one of my best kits in my collection.
History:
While on campaign in Tunisia a young Royal Electrical and Mechanical Engineer (R.E.M.E.) officer, Captain Percy Morrell, noted the tank crews of the 21st and 25th Tank Brigades complaints about the poor performance of the 6pdr with HE.

As the second in command of the 665 Tank Troops Workshop, R.E.M.E, Captain Morrell oversaw the scrapping of battle-damaged vehicles. During this process he noted the large numbers of Sherman 75mm guns that remained intact despite the damage to the remainder of the tank. What if these could be mounted on the Churchill?
His idea found its way to his commanders and the idea was soon presented to Major General W.S. Tope. Under the threat of “get this right and you’ll go far, stuff it up and your military career will go no further”, a new Churchill IV was presented for test conversion.
The conversion was a complete success; the Churchill actually proved a superior platform to the Sherman, the added weight of the Churchill improving accuracy. The conversion process presented few major issues. The Sherman mantlet was modified to increase elevation and the breech mounting was rotated 180 degrees to move the breech feed from the left to right to suit the Churchills crew positions.


The combination proved successful, with the Churchill being an excellent gun platform.
Approximately 120 Churchill tanks were converted to take the 75mm gun between April and June 1944. The name NA75 comes from North Africa (NA) where the conversions took place, and 75 is for the gun. Churchill Mk IV - NA 75 tanks were sent into action in Italy in June 1944 with the 21st and 25th Tank Brigades.
Specs:


The kit:
To built this girl, I used an old Tamiya Churchill Crocodile and a conversion kit from Legend.

This conversion kit required tons and tons of surgery ....First step: cutting the suspension sponsons to adapt the resin parts.
The front hull must be changed, too...
Putty to seal the gaps....
The images talk thousands words: 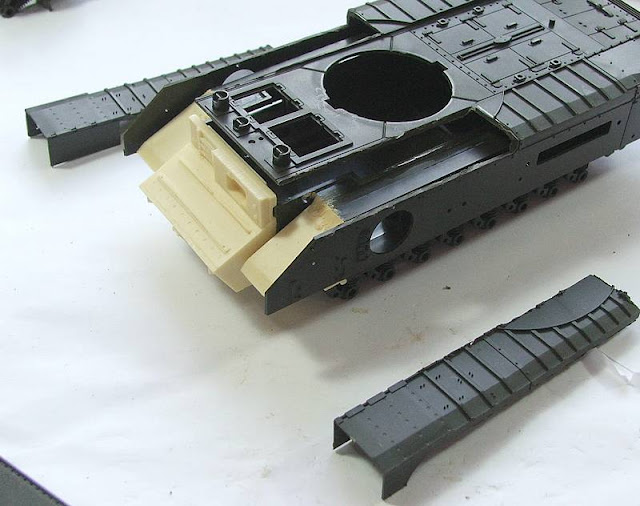 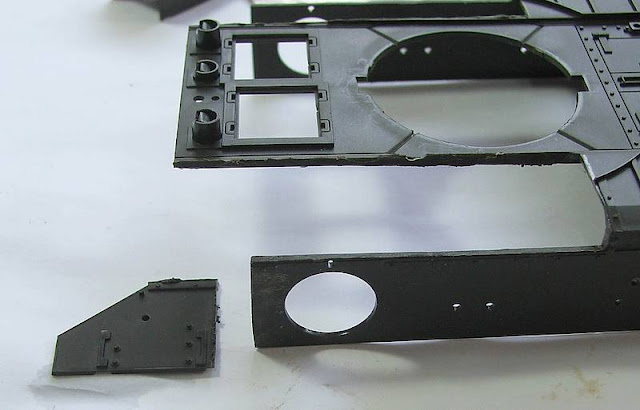 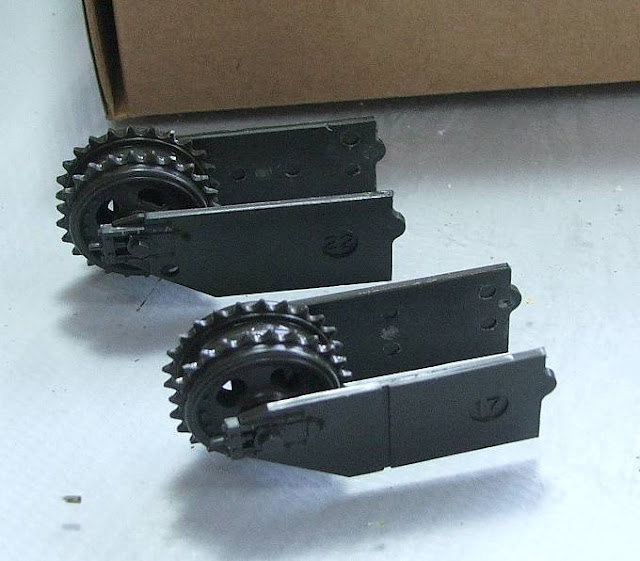 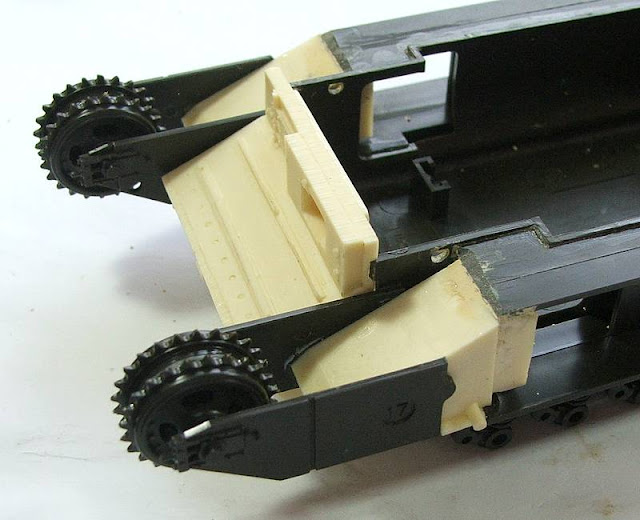 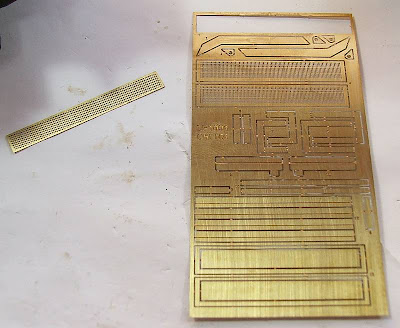 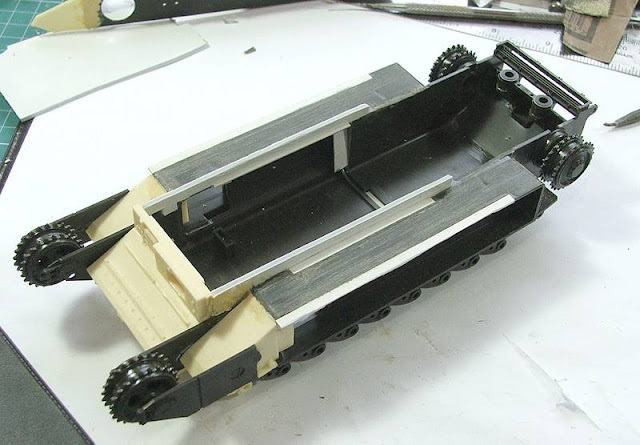 The turret building. The turret's ring was too narrow. I put a plasticard stripe to fix the error and add latches.
I added a RB Models Sherman 75mm gun and a mantlet shield (the Legend shield was twisted) from my spare parts box .

Adding accessories and finishing the building... 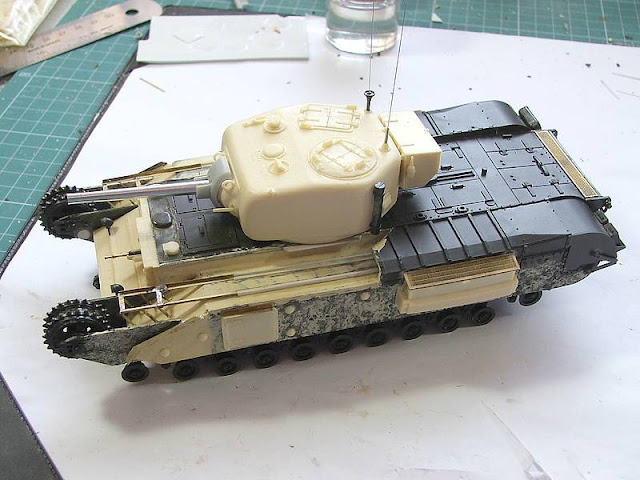 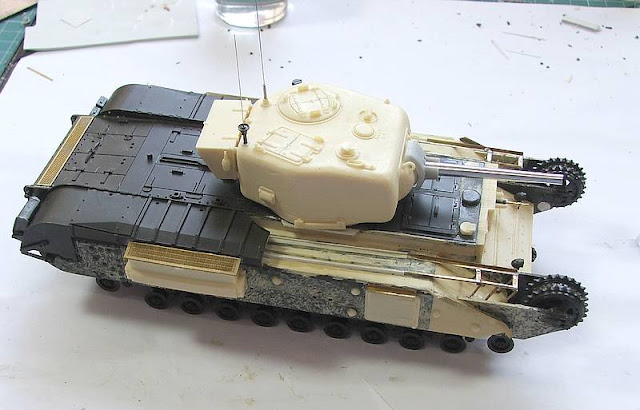 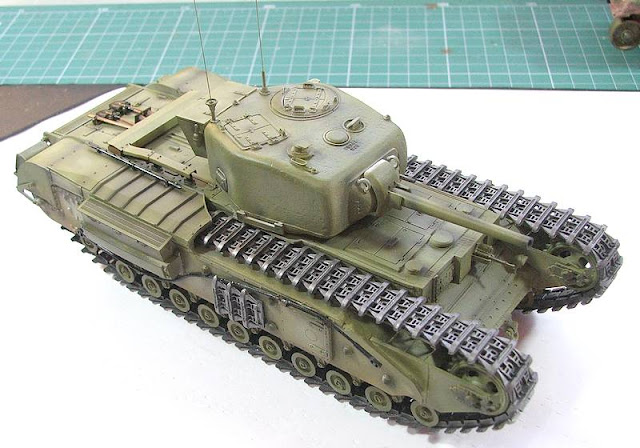 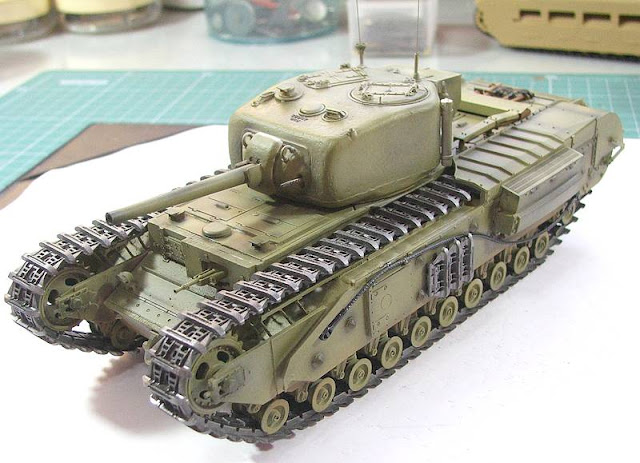 For the markings, I did this profile:
When I was in the final stages of construction of the kit, I was alerted by Roy Chow that the hull machine gun was a Browning .30 and not a Besa. This change was made ​​as a matter of standardization of ammunition carried by the tank. Nothing more logical...
The fix was easy .... It was just remove the Besa barrel and put a Browning. As I had kept the coaxial gun in resin, I would not use a metal barrel on the hull, because they would be very different. I decided to put a plastic barrel on the hull, to become more homogeneous with the turret one.
I did the surgery, removing the Besa barrel from his mantlet, simply changing by the .30 plastic barrel.
And the British Girl (in an Italian adventure...) was done !!! 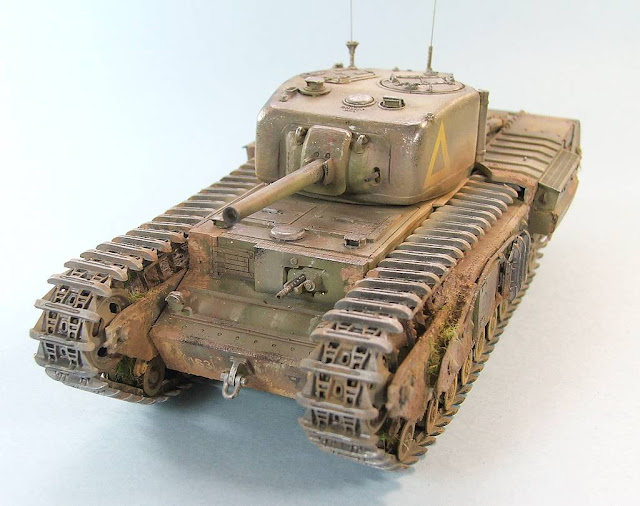 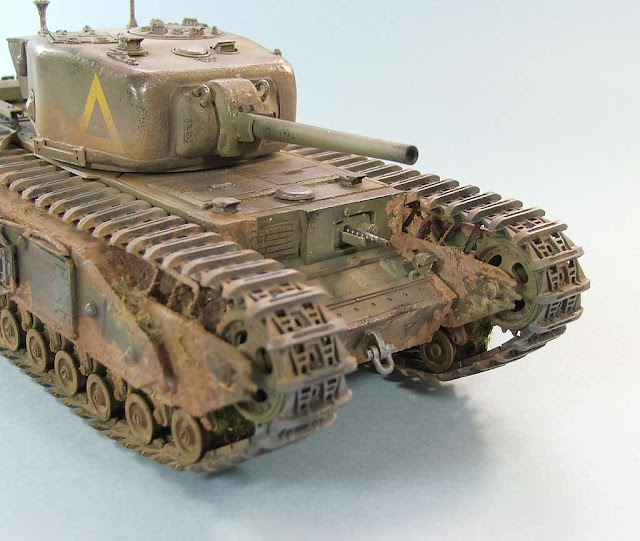 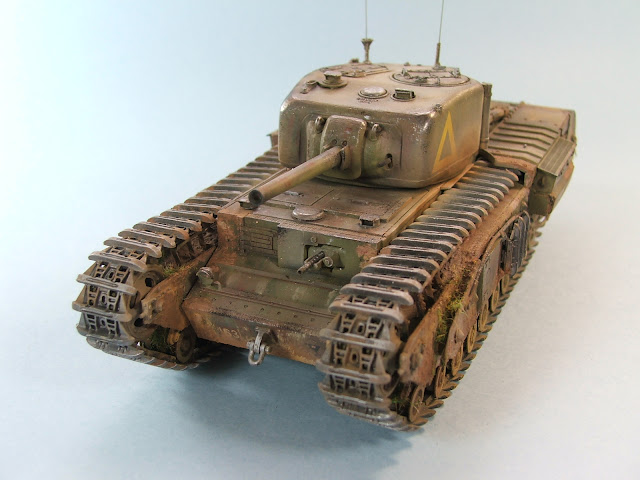 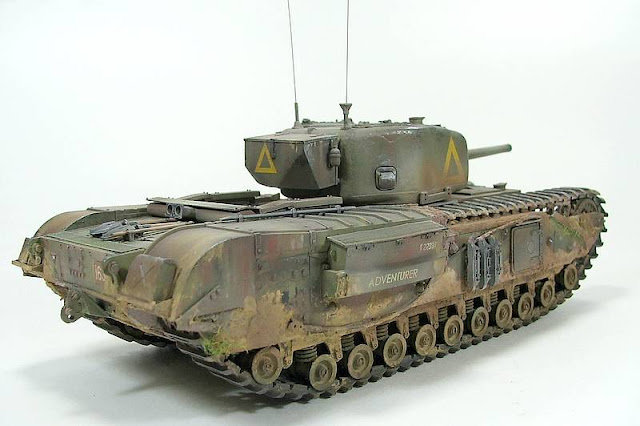 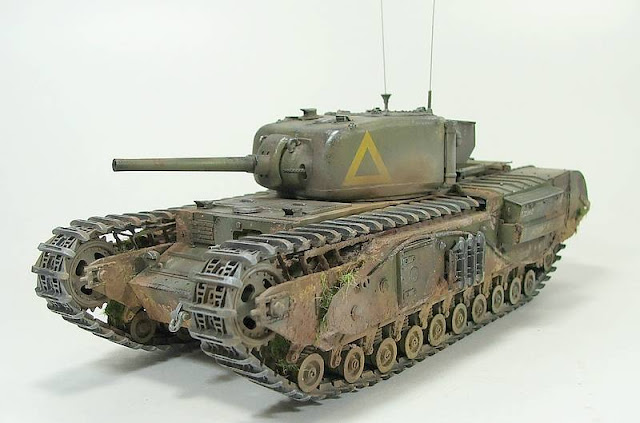 This project was very fun to be done...And that's why I love my hobby !!!